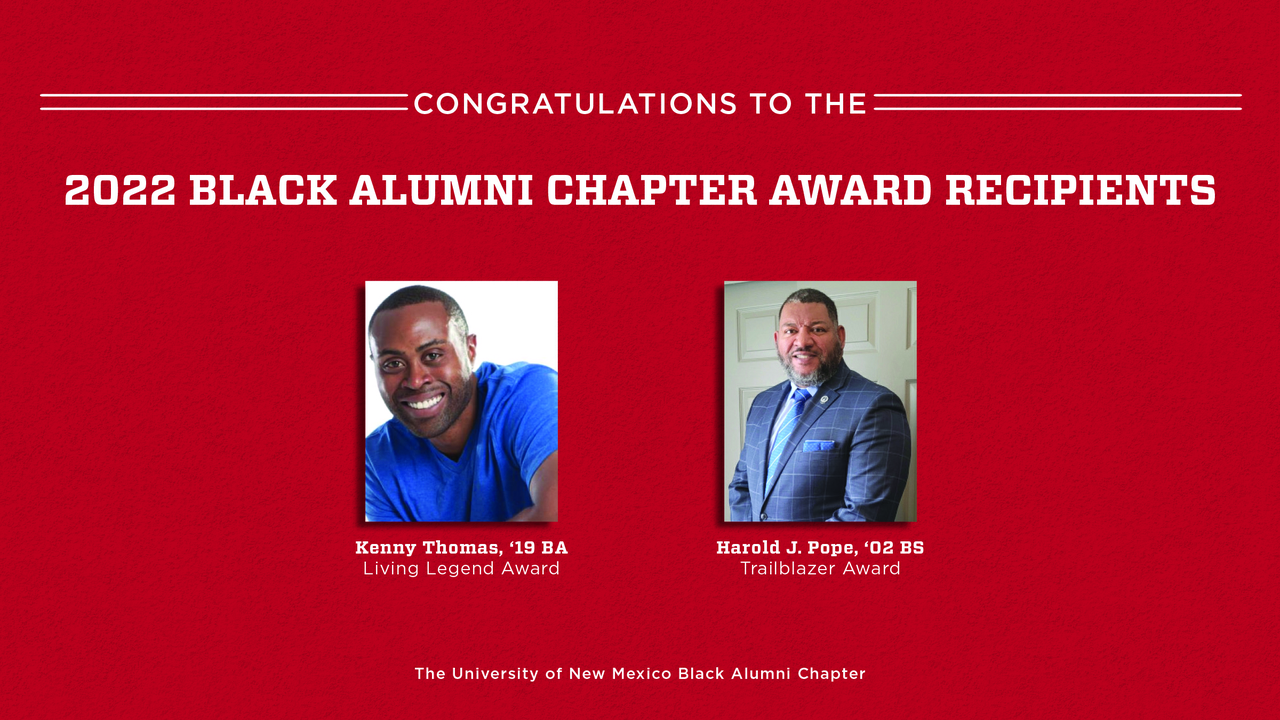 The UNM Black Alumni Chapter announced the recipients of their 2022 Living Legend and Trailblazer Awards. This year these two remarkable individuals were celebrated amongst community members at the annual award reception.

The award recipients have shown they are dedicated to community, service and advancement in their line of work. They remind of us of the continued growth, strength, and impact across our communities.

Kenneth Cornelius Thomas attended the University of New Mexico in Albuquerque – one of the highest-profile recruits to ever attend the school.

His determination and leadership has shown throughout his athletic career. As a Lobo, he earned All-Western Athletic Conference honors three times (1996, 1998 and 1999), 2nd team All-America by Basketball Times following his junior season, two-time Most Valuable Player of the WAC Tournament (1996 and 1998) and WAC Freshman of the Year in 1996.

The Houston Rockets selected Thomas as the 22nd pick in the 1999 NBA Draft. He said he enjoyed his career with the Houston Rockets, the Philadelphia 76ers and Sacramento Kings before retiring from basketball in 2010.

Rooted in his commitment to communities across America, Thomas says his initiatives and partnerships uplift and inspire youth through efforts focused on education, community and creating change.

Thomas continues to serve his community in New Mexico, California and beyond. In addition to putting on clinics, working as a correspondent for various media outlets, and advocating for young people everywhere he goes, Thomas serves on the board of the ALS Association’s New Mexico chapter, the African American Greater Albuquerque Chamber of Commerce and is a long-time supporter of AAU Boys Basketball.

Harold J. Pope Jr. was born and raised in Pueblo, Colorado, the city known as the “Home of Heroes” as it is the hometown of four “Congressional Medal of Honor” recipients. Growing up in this community would have a powerful influence on his decision to enlist in the U.S. Air Force after high school graduation. After finishing his term of enlistment Pope decided to leave active duty, join the reserves, and attend college full-time at the University of New Mexico and graduated with a bachelor’s degree in Biochemistry.

During his time at UNM, he enrolled in the Air Force ROTC program, from which he earned a commission to go back on active duty as an Air Force officer. He served honorably as an acquisitions officer and chemist, working on satellite programs, weapon systems and nuclear deterrence, and as a security cooperation officer. His career in the Air Force culminated with his retirement at Kirtland Air Force Base in 2018 with more than 20 years of honorable service.

During and after his military career Harold also served in leadership and volunteer positions in several non-profit organizations. After retiring Pope took on a new challenge serving as a facilities transition advisor, an appointed position with Mayor Keller’s Administration for the City of Albuquerque. Currently Harold works as a substitute teacher for Albuquerque Public Schools.

These life experiences growing up, serving in the military, leading non-profit organizations and working for the city provided him with the essential leadership, perspective and critical thinking skills needed to serve in the New Mexico Legislature.

While Pope was not born here, New Mexico is his home. As a Lobo alum and a resident of New Mexico for the last 10 years, making Albuquerque his home was always the plan. He says New Mexico has had such a positive and enriching influence on his life that it is important that he continues to give back and continues to serve the people of this beautiful state. 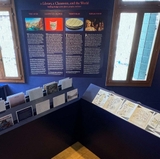