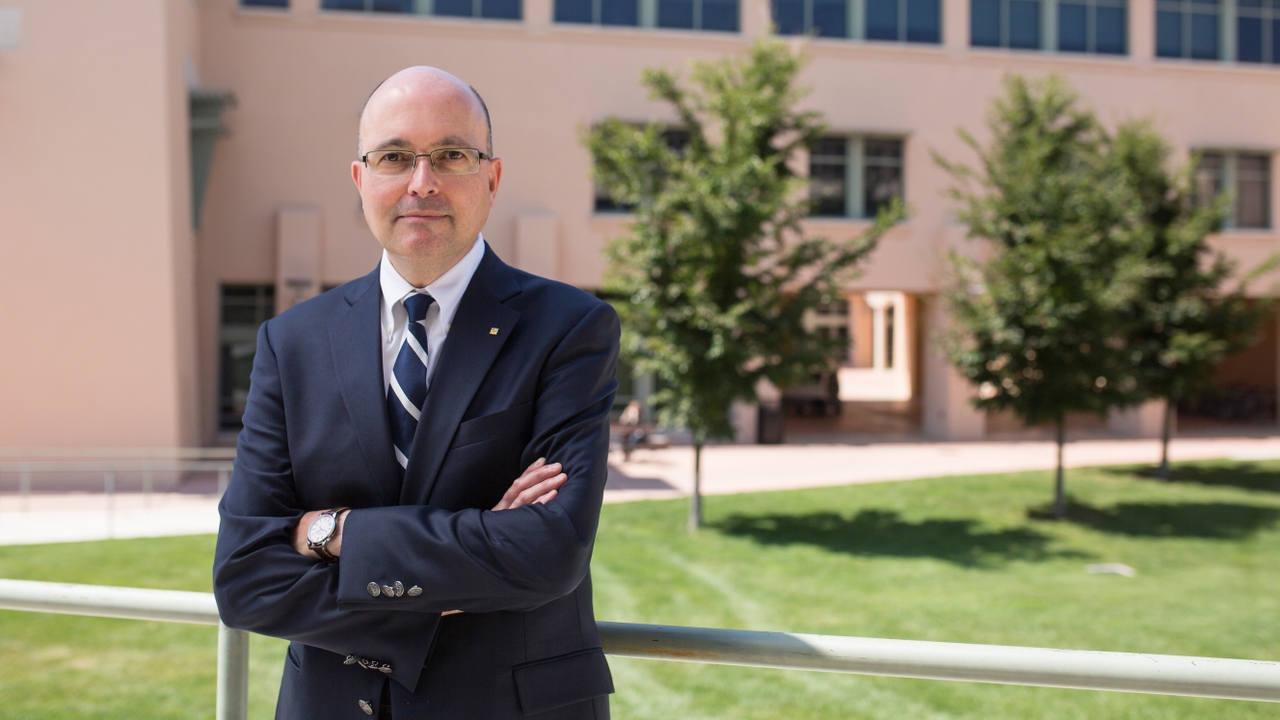 Edl Schamiloglu, Distinguished Professor of Electrical and Computer Engineering and Associate Dean for Research and Innovation at The University of New Mexico School of Engineering, is leading a team of five universities that have been selected for a 2020 Multidisciplinary University Research Initiative (MURI) Award.

The title of the project is “Exploration of Fundamental Limits to High Power Electromagnetic Amplification.” Schamiloglu said that the overarching goal of this research is to develop high-power amplifiers, as well as to understand what the fundamental limitations are along the way. Amplifiers are key to achieving not only waveform diversity, but waveform agility.

The team includes experts in intense beam-driven sources of high-power electromagnetics and pulsed power, as well as mathematical physicists and computationalists. Arje Nachman is the Air Force Office of Scientific Research (AFOSR) program officer on the project.

"I believe we were successful because we assembled the top researchers in this field in the nation," Schamiloglu said.

This is Schamiloglu’s fifth MURI award and the third where he has been the principal investigator.

MURI awards are given each year by the Department of Defense (AFOSR, Army Research Office, and the Office of Naval Research). This year, $185 million in awards were given to 26 research teams across 52 U.S. academic institutions.