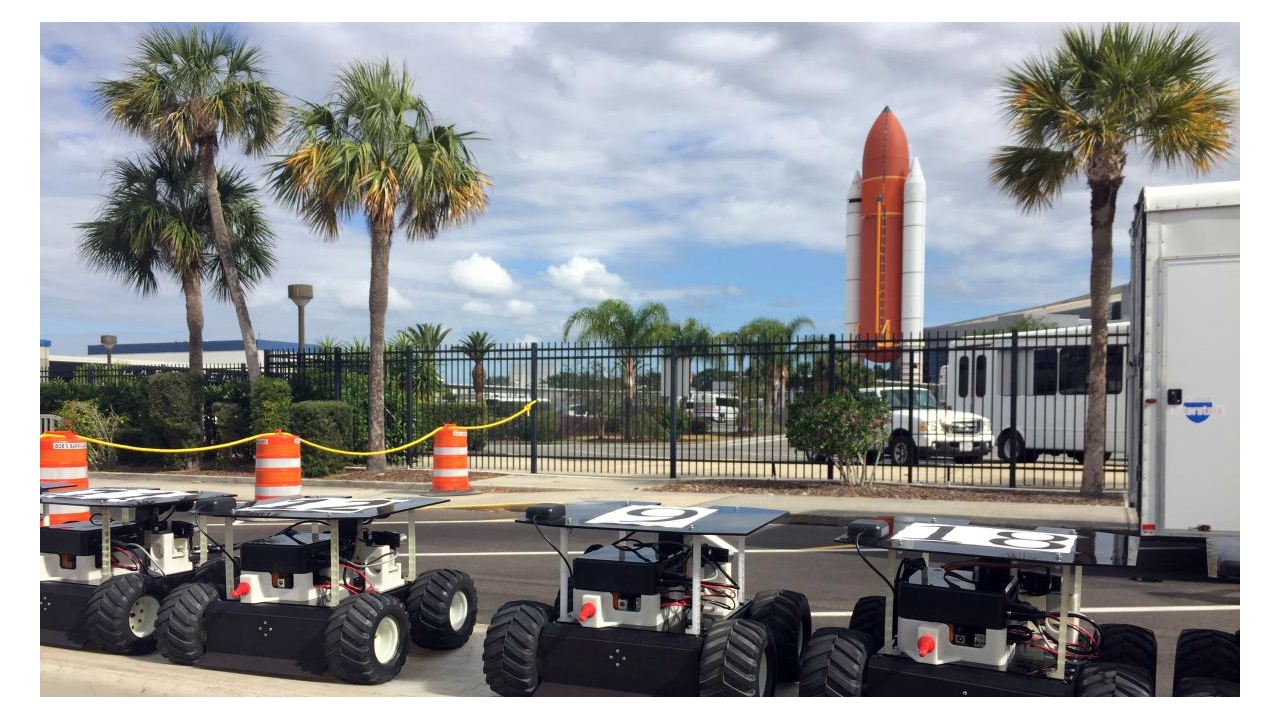 A dozen faculty and students from The University of New Mexico’s department of computer science will make the trek to Kennedy Space Center in Florida to conduct the third annual NASA Swarmathon April 17-19.

“This is a great recruiting opportunity for both NASA and UNM.” - Melanie Moses

Hundreds of college students will compete in the live-streamed event by programming teams of robots to collect resources. The competition will develop new approaches to collecting resources on the surface of other planets as part of NASA’s Journey to Mars. The winning team will receive a $5,000 grand prize.

Swarmathon is the brainchild of Melanie Moses, associate professor of computer science at UNM, who developed the competition as a way to involve a diverse group of students in putting programming and code — which can often seem abstract — into a real-life and fun project. The “swarmie” robots are programmed using what is called Robot Operating System (ROS), so students see how their code governs the behavior of the robots their interactions in the real world. 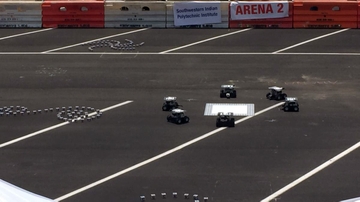 New this year is a Mission to Mars competition, where students will write code and make videos to demonstrate how collaborative robotics can advance space exploration. These competitors will imagine a task to perform on Mars, then write code to make it happen. The competition will be judged by NASA engineers and educators. In addition, participants at Swarmathon have the opportunity to meet NASA engineers and astronauts to learn more about how they can contribute to the future of space exploration.

Moses, who runs the competition with students in her Biological Computation Lab in the Farris Engineering Center, said that in just a few years, the competition has grown in scope and popularity, attracting diverse participants from as far away as Puerto Rico and Hawaii.

“The competition also has attracted significant media coverage, including features on educational television shows geared toward youth and in social media, which has spurred its popularity,” Moses said.

Since the competition’s inception, more than 1,000 college students and hundreds of high school students have participated. Moses said about 63 percent of the students participating belong to an under-represented group, which fits the mission of the program which is administered under a cooperative agreement between the NASA Minority University Research and Education Program (MUREP) and UNM.

Moses says she’s hopeful that some of these students will ultimately pursue computer science and other STEM career paths, at UNM or elsewhere.

“This is a great recruiting opportunity for both NASA and UNM,” Moses said. “Students are able to take the technical skills they learn in programming class and put it work in a collaborative environment where they must overcome numerous challenges. Over 1,000 students have participated in the last three years, and they have made important technical advances. One of the things they learn is that these are complex problems and there are no right answers, but many approaches to creatively come to a solution.”