"On the Line: Living the U.S. - Mexico Border" is a new exhibit curated by Kristen Valencia in the Herzstein Latin American Reading Room Gallery at Zimmerman Library on the UNM main campus. The exhibit encourages a closer examination of the United States-Mexico Border giving particular attention to the individuals and communities that exist along the horizontal boundary.

The images included in this exhibit are representations of the impact various national policies and international exchanges had, and continue to have, on the communities along the U.S-Mexico Border. Candid photography highlights the lived experiences of individuals dealing with the constant threat of violence coupled with instances of peacefulness and friendliness, while artistic expressions offer visual representations of national and international critique.  The exhibit runs through Feb. 27, 2012.  It is free and open to the public.

Curator's Bio: Kristen Valencia is a Ph.D. student in American Studies at UNM and a Fellow with the Center for Regional Studies with the University Libraries. She was born and raised in Nogales, Arizona-Sonora, where she witnessed the local community building and positive interaction between two very different countries, often in the face of potential violence. As a result of her lived experience, Kristen has chosen to focus on the history of Ambos Nogales (both Nogales) in her dissertation in order to confront generalizations about border communities and contribute to knowledge of the third largest crossing community at the U.S.-Mexico border.

Molly Nelson, "A Postcolonial Analysis of the Virgen de Guadalupe in the art of Yolanda López" 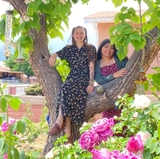 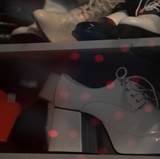