The Center for a Public Anthropology provides rankings of the impact faculty have in sharing their research with the broader public through the media. The University of New Mexico Department of Political Science is ranked 22 out of similar departments at 94 universities.

The project is based on over 50,000 search queries that involve more than 6,000 news sources relating to 12,777 professors at 94 universities in the social sciences – anthropology, economics, political science, psychology and sociology. It examines the degree to which these faculty members are cited in the Google News Archive over a six-year period, from 2006 to 2011.

The Center for a Public Anthropology notes that academic citations – the degree to which they are referred to in academic journals – is a significant status marker and standard for promotion, according to Robert Borofsky, director of the center.

The Faculty Media Impact Project, conducted by the Center for a Public Anthropology, reframes the question of citations. Why focus only on citations in academic journals as a standard for promotion and status? Why not highlight faculty citations in the public media as well? Emphasizing media citations conveys the degree to which faculty share their research with the broader public. Given the amount of public money used to fund faculty research, media citations draw attention to the scholars who offer something back to society.  Excluded from the media study were student newspapers and staff and faculty publications.

UNM Political Science Department Chair William Stanley said, “Making our faculty’s expertise available to the public is part of the department’s mission. It is gratifying to have national recognition for the efforts of such faculty as Gabriel Sanchez, Lonna Atkeson, Christine Sierra, Michael Rocca and Tim Krebs to contribute to public dialogue on important political issues.”

Gabriel Sanchez is associate professor in the department, as well as serving as interim director of the Robert Wood Johnson Foundation Center for Health Policy at UNM. He is often a go-to guy for the media. He said, "I believe that when faculty utilize their expertise to provide commentary or findings from their research to the media it can help inform the wider community. It is great to see that our Political Science Department here at UNM engages in this effort which also increases the visibility of our faculty."

Center for a Public Anthropology 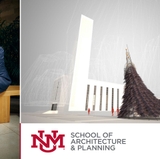 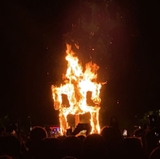 UNM hosts its first Red Rally since COVID shut down 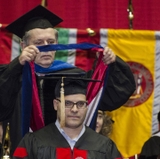 NMiF talks Downwinders, down time for Virgin Galactic and Our Land’s dark skies