University of New Mexico Physics and Astronomy Research Professor Andrew Landahl visited the U.S. Capitol to receive the 2021 Ernest Orlando Lawrence Award, one of the U.S. Department of Energy’s (DOE) most prestigious honors for mid-career scientists.

"It’s a tremendous honor to receive this award,” Landahl said. “It recognizes not only me, but the dozens of scientists and engineers at Sandia and UNM with whom I have collaborated over a twenty-plus year career to advance the field of quantum computing.”

Landahl also serves as a member of UNM's Center for Quantum Information and Control, a  fellow of the American Physical Society, and was within the chair line of the largest quantum information science professional societies.

The Lawrence Award was started to honor the memory of groundbreaking Ernest Orlando Lawrence, who invented the cyclotron, an accelerator of subatomic particles that helps us understand the structure of matter. It has benefited humanity in numerous ways, including the development of nuclear medicine.

As a Lawrence Award recipient, Landahl is one of 10 scientists and engineers in the U.S. this year to receive a citation signed by Secretary of Energy Jennifer Granholm, a gold-plated medal, and a portion of a $20,000 honorarium.

That hybrid award ceremony was Thursday, Sept. 22, in Washington, D.C. Read more about the award or watch the ceremony after at DOE's website.

Tags: Center for Quantum Information and Control Physics and Astronomy 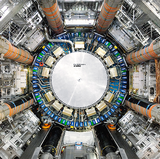 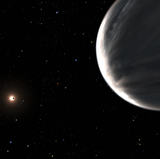 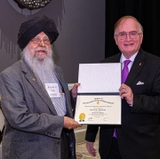 Harjit Ahluwalia recognized as one of 10 Fellows by Sigma Xi 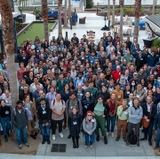