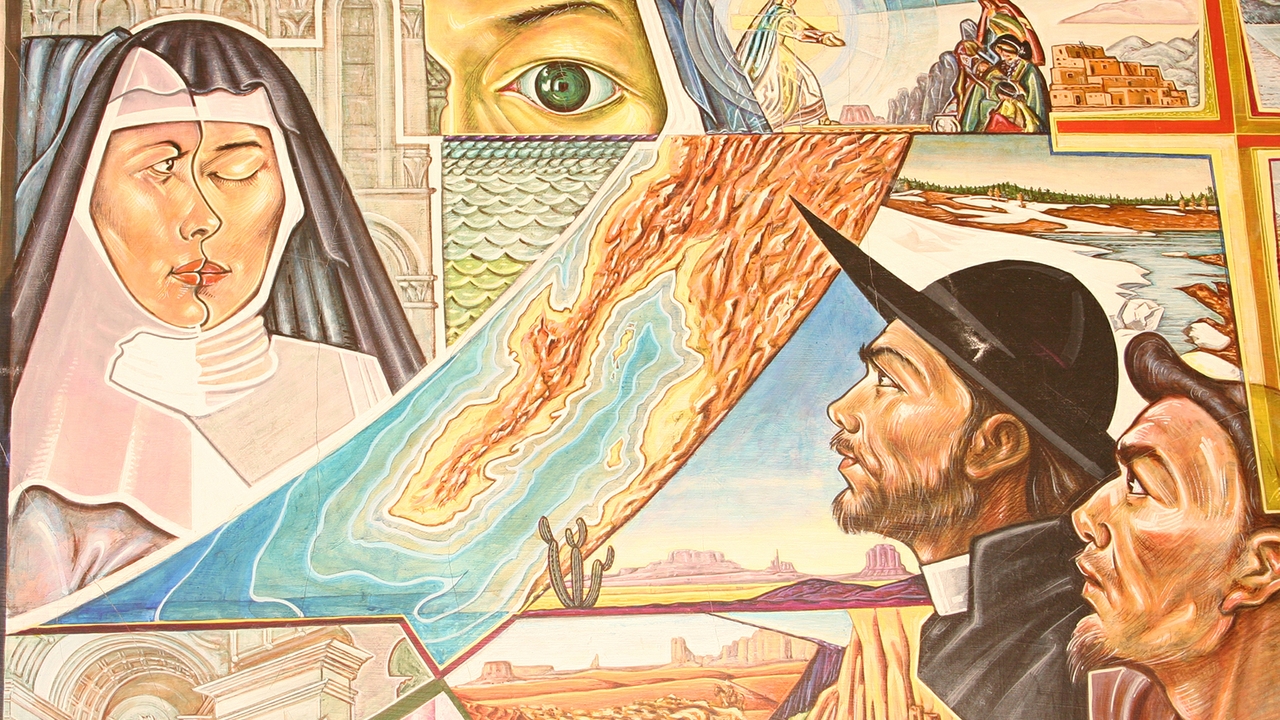 Anna Nogar, associate professor of Hispanic Southwest Studies in the Department of Spanish and Portuguese at The University of New Mexico, became interested in the intriguing story of a 17th-century cloistered Spanish nun in her undergrad years 20 years ago. Her fascination prompted her to write a book that has won two awards from the 2020 International Latino Book Awards. 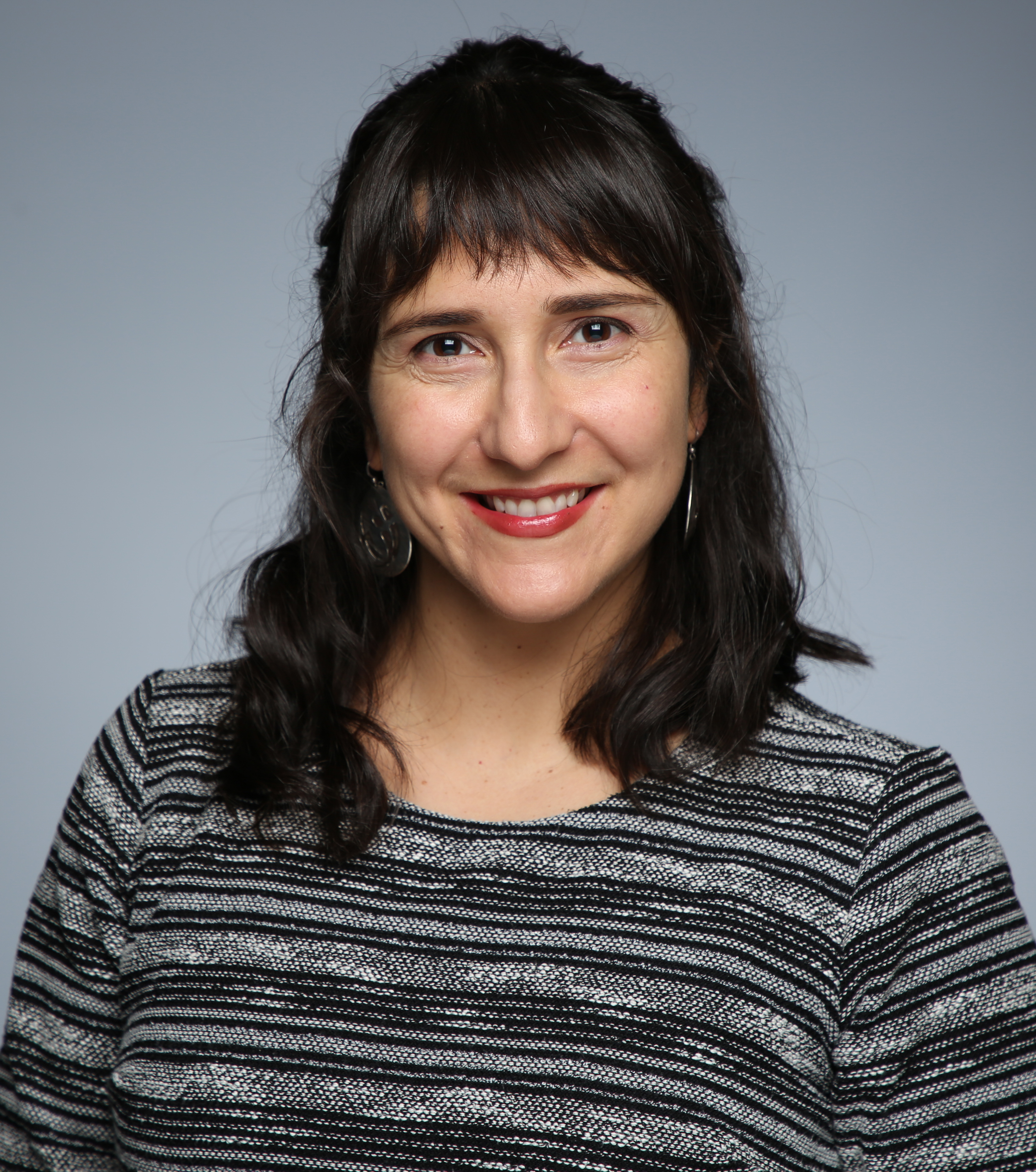 Nogar’s Quill and Cross in the Borderlands achieves the difficult balance between academic rigor and readability. The book examines nearly 400 years of history, folklore, literature, and art of the 17th-century Spanish nun and writer Sor María de Jesús de Ágreda, identified as the legendary “Lady in Blue” who miraculously appeared to tribes in colonial-era New Mexico to teach them about the Catholic faith. Sor María, an author of mystical Marian works, became renowned not only for her alleged spiritual travel from her cloister in Spain to the New World but also for her writing, studied and implemented by Franciscans on both sides of the ocean.

Nogar’s book looks at Ágreda’s life, writings, and apparitions, clearly documenting her significance to the history and colonization of New Spain’s northern frontier. The book is in English, with original and translated Spanish quotes.

“I became interested in Sor María de Ágreda in 1997 or 1998, in an undergraduate class I took in the Department of Spanish and Portuguese at UNM with Dr. Enrique Lamadrid. I needed to write a final paper for my undergraduate class on New Mexico’s cuarto centenario (400th anniversary), and Enrique suggested Sor Maria and the legend of her visits to New Mexico as a topic,” Nogar recalled.

After graduation from UNM, Nogar began graduate school in Texas. Sor María still intrigued her as a historical subject so she wrote a Master’s thesis and then a doctoral dissertation on the nun’s historical role in what is now the American Southwest. Back at UNM as a professor in 2008, Nogar continued to develop the foundation laid in her earlier work and published Quill and Cross in the Borderlands in 2018.

Sor María de Jesús de Ágreda was a cloistered 17th-century Spanish nun from a small town in Spain who was alleged to have traveled not physically, but spiritually, to New Mexico and converted indigenous populations around 1630, in advance of Franciscan missionaries, Nogar explained.

Reputation of her mystical travels circulated and received the attention of the Spanish monarchy and the Franciscan Order. She wrote several spiritual texts during her life, was a private advisor to King Felipe IV of Spain, and corresponded with many prominent political and religious figures. However, she was primarily known in the United States as the subject of legends from the Southwest, including New Mexico.  Although her role as a folklore figure helped keep her alive in collective memory, she was never taken seriously in scholarship as a historical figure in colonial Mexico or the present-day southwestern United States, Nogar noted.

“For me, the most satisfying part of this research was to make visible a woman writer who had exerted tremendous influence for over 200 years and to document the incontrovertible evidence of her many and devoted readers. Showing that Sor María the writer and Sor María the mystical missionary were intertwined was a fascinating history to compile and weave,” the author remarked. The quill and cross referred to in the title of the book is a nod to Sor María’s role as a missionary and writer.

Nogar received a grant to conduct research in Mexico and then traveled to Spain to study archives in Seville and Madrid. She found material in archives across the U.S. too.

“More importantly, however, the Center for Southwest Research in Zimmerman Library and its marvelous librarians were exceptionally helpful, pointing me to valuable materials among UNM’s important collections,” she noted.

Quill and Cross will appeal to those who are interested in discovering an important woman writer from the 17th century who was also the protagonist of legend. Readers of early New Mexican history, colonial Mexican history, and folklore/legends and how they are reimagined today would find in this book a fascinating story, Nogar said.

“Writing Quill and Cross in the Borderlands has been a fascinating and rewarding experience, enabling me to reveal a woman writer and mystic important in New Mexico, Mexico, and the greater Southwest for hundreds of years,” Nogar remarked, adding, “I am honored and pleased that Quill and Cross in the Borderlands has been selected as Best History Book and Best Religious Book by the International Latino Book Awards. Being recognized speaks volumes about the book’s potential impact and is a wonderful acknowledgment by the Latino community of a project I have worked on for years.”

Quill and Cross in the Borderlands is available in hardback and digital editions from the University of Notre Dame Press. Nogar also co-wrote a bilingual children's book with Distinguished Professor Emeritus Lamadrid about Sor María called Sisters in Blue/Hermanas de Azul with UNM Press (2017).