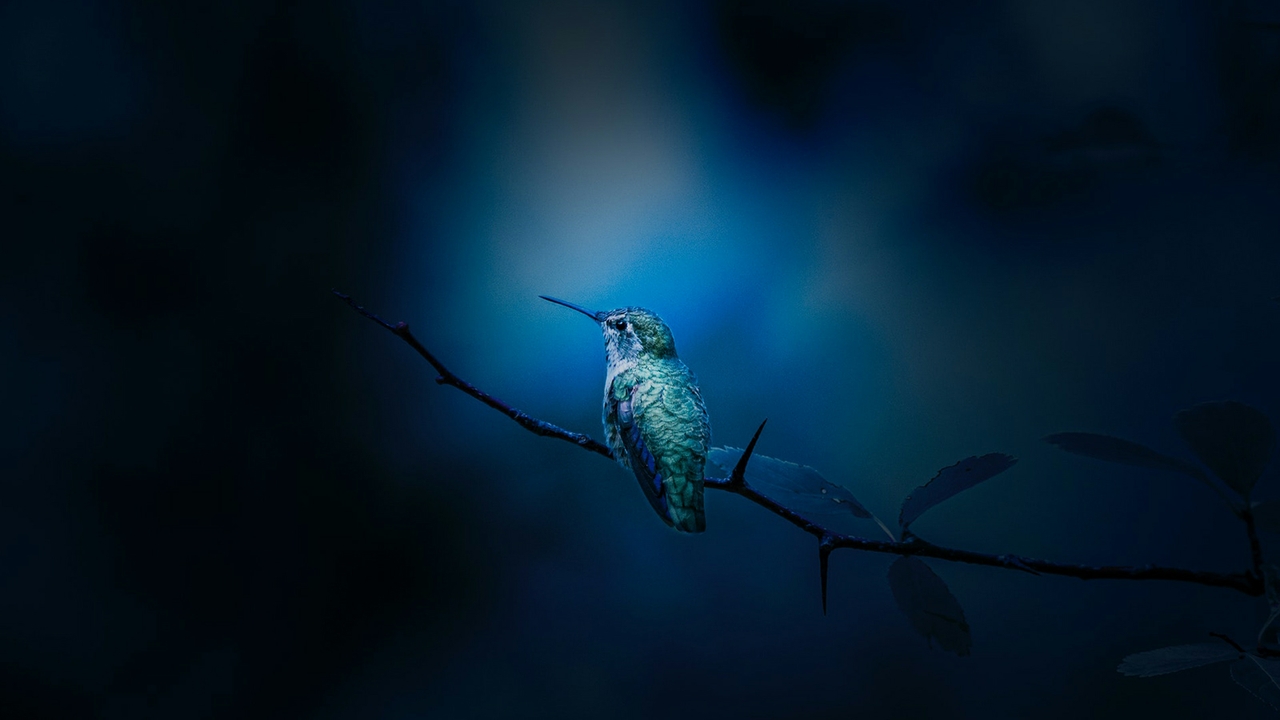 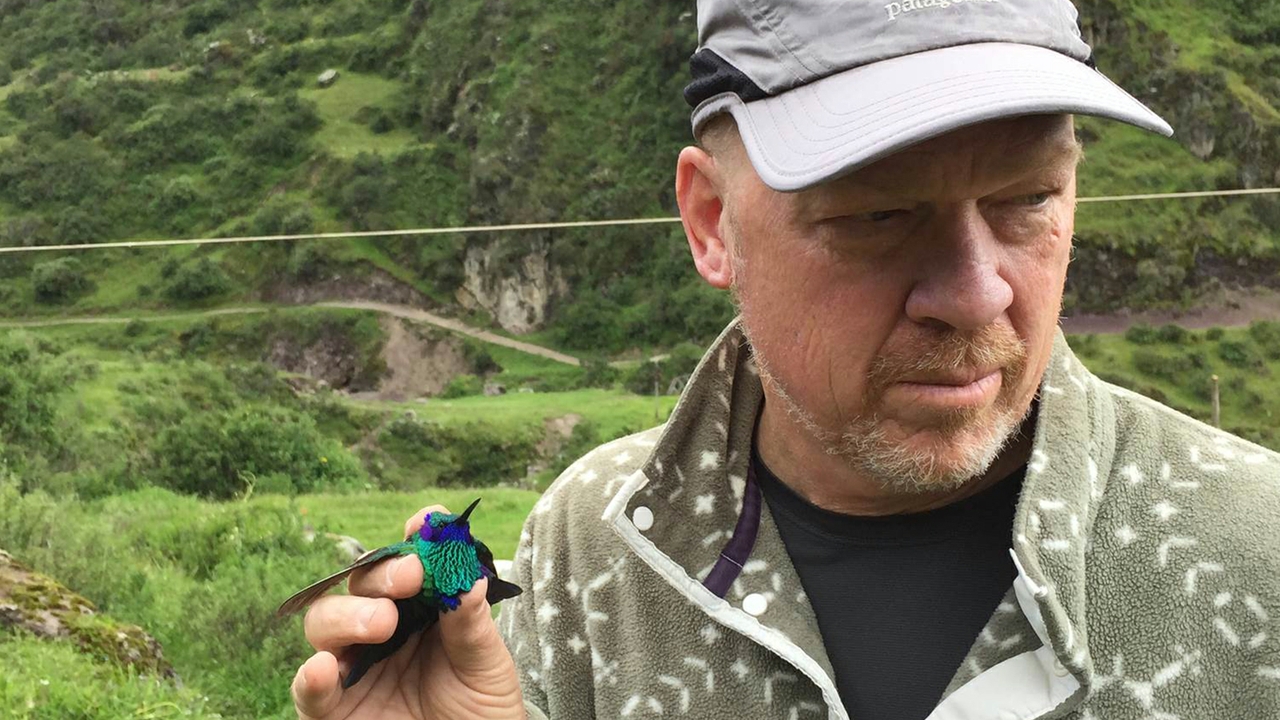 In 2015, professors Blair Wolf and Chris Witt from The University of New Mexico Biology department traveled to Peru to examine how hummingbirds survived the extreme Andes Mountains temperatures. Witt received a National Science Foundation grant to study evolutionary relationships of hummingbirds and their physiological performance at high elevations in Peru.

Wolf was a co-Pi and researches the effects of climate warming on animal performance and survival. Co-PI Witt is the curator of birds in the Museum of Southwest Biology. Andrew Johnson, the MSB birds collections manager, and Jonathan Schmidt, a Witt master's student, were also collaborators on the project.

Their research was recently featured in Biology Letters, a publication of The Royal Society, which recognizes, promotes, and supports excellence in science and encourages the development and use of science for the benefit of humanity. The hummingbird study has attracted worldwide attention in media such as Smithsonian Magazine, The New York Times and Scientific American.

“We looked at the use of overnight torpor – or hibernation – in the hummingbird community and recorded the lowest body temperature ever measured in a non-hibernating bird or mammal. We camped in the Andes for two weeks and worked with birds with weights equal to that of a nickel – about 5 grams – to the giant hummingbird, which is five times that size and the largest hummingbird in the world,” Wolf said. The lowest body temperature the team recorded was 3.26 degrees Celsius or 38 degrees Fahrenheit, only a few degrees above freezing.

The research team included a UNM graduate student and was followed by a National Geographic film crew.

The birds were captured using fine, nearly invisible nets by Peruvian field techs and graduate students. The birds were taken into captivity for a day or two and housed in large walk-in tents equipped with branches and feeders.

“The hummingbirds didn’t recognize the bird feeders and so we had to train them to drink nectar from the feeders by holding them and sticking their bills into the opening of the feeder to show them where to feed. They are very smart and often caught on after a few hand-feeding bouts,” Wolf recalled.

Just before sunset, the team inserted a small wire temperature probe into each bird’s cloaca and taped it to the tail feathers to hold it in place, then placed them on a perch in a screen cage and hooked them up to a data logger to measure body temperature through the night. Each bird was also weighed before bed and after it got up in the morning. They were released after testing.

“We wanted to see if all hummingbirds dialed their metabolism down every night to save energy. To maintain a high body temperature of 37 to 40 °Celsius all the time like humans, most mammals and birds do is very energetically costly. Hummingbirds can reduce energy use by more than 90 percent by resetting their metabolism and letting their body temperature drop to almost freezing. We saw large drops in body temperature in all species and in almost every bird every night associated with the reduction in metabolism. Thus, the use of torpor is widespread and probably occurs every day in most birds. Imagine if we could do this with humans, travel to and from Mars would be a snap,” Wolf remarked.

The trip was Wolf’s first to the high Andes of Peru, where the team camped at an altitude of almost 14,000 feet, in a cold, wet, low-oxygen environment. Despite the conditions, Wolf was enchanted: “It was like a hummingbird garden, with lots and lots of hummingbirds and wildflowers everywhere. It was cold and often raining, but it was amazing. There were Andean condors and the hummingbirds were breeding. Even in the wet and cold, we found the nests and eggs of Giant Hummingbirds and Sparkling Violetears, which surprised me given their very high minute-to-minute energy demands and the difficulty of feeding young… Staying dry is a problem when you are camping for than a few days in the rain and it was obvious after a couple of nights why many hummingbirds roost and nest under cliff overhangs or in caves… It’s a biologist’s dream.”

Wolf said he finds hummingbirds fascinating for many reasons. With the highest rates of energy use of any bird, they feed on a very specialized diet of flower nectar in amounts often exceeding their own weight. Bouts of intense feeding before dark maximize fat reserves for overnight metabolism, in which they lose as much as 15 percent of their weight. As they hover to feed, their heart rates can be 1,000 beats per minute or more when at normal body temperatures and then astonishingly drop to near 40 beats per minute when they are in torpor, the physiological state similar to hibernation in which their body temperature falls by as much as 50 degrees Fahrenheit. The birds use caves high in the Andes for roosts and nesting sites.

Wolf compared the hummingbird research to another research project he is working on studying desert tortoises.

“One of my interests is in how animals manage their energy and water budgets and what the sources of these energy resources are. Hummingbirds live in the extremely fast lane and tortoises live in the slowest lane. It is interesting to see how their lives differ and are similar. Tortoises hibernate, their body temperature drops to the surrounding air temperature in their burrows for all of the winter and always have very low rates of energy use. They eat plant materials such as leaves that are not very nutritious, low energy, and they do everything slowly. The tortoises can go many, many months without food,” he explained.

“Hummingbirds are the opposite: high energy diets, needing to feed almost all the time during the day, high energy food from floral nectar. They may visit 600 flowers each day. At night they behave like tortoises and go into torpor to reduce energy use because they can’t feed and maybe the next day will have bad weather that precludes feeding as well. Very little energy stores in their bodies. They might last a day or two if they stay cold,” he continued.

“Hummingbirds are warm-blooded animals like we are, but have a much more demanding life style… How a small bird can live and nest in such a demanding environment leads to a million fascinating questions,” Wolf marveled.