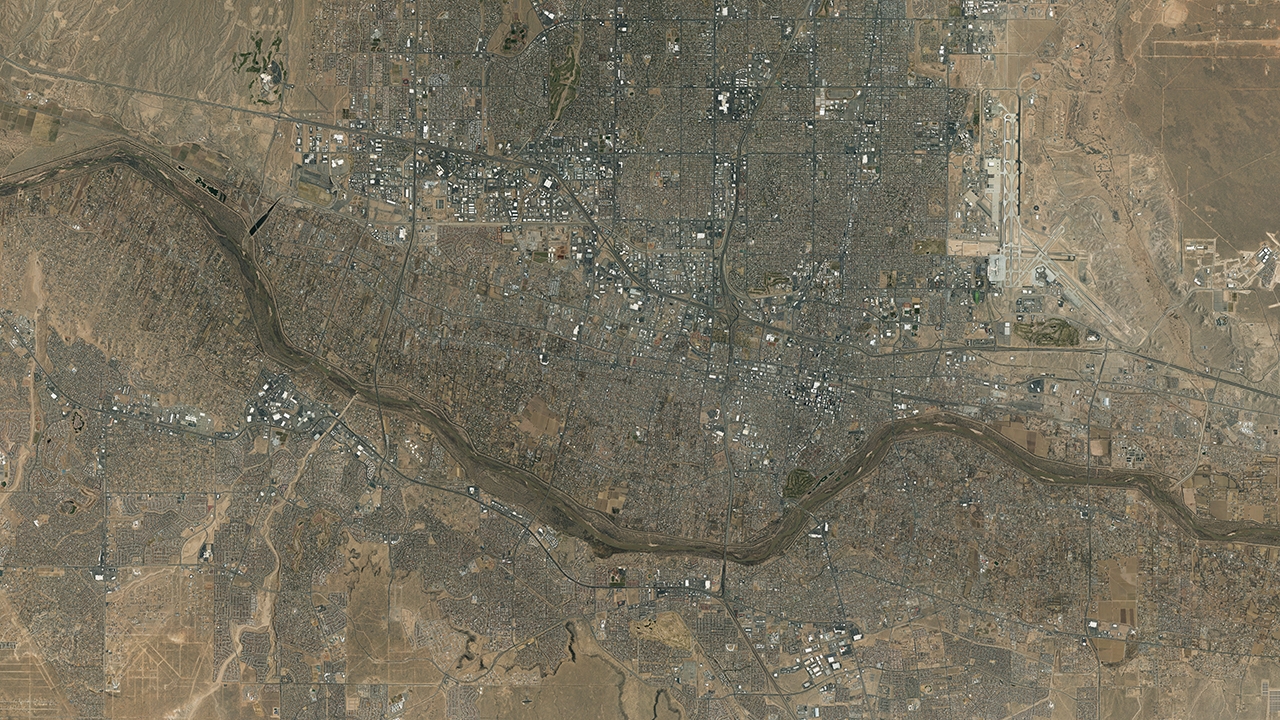 An aerial photo of the 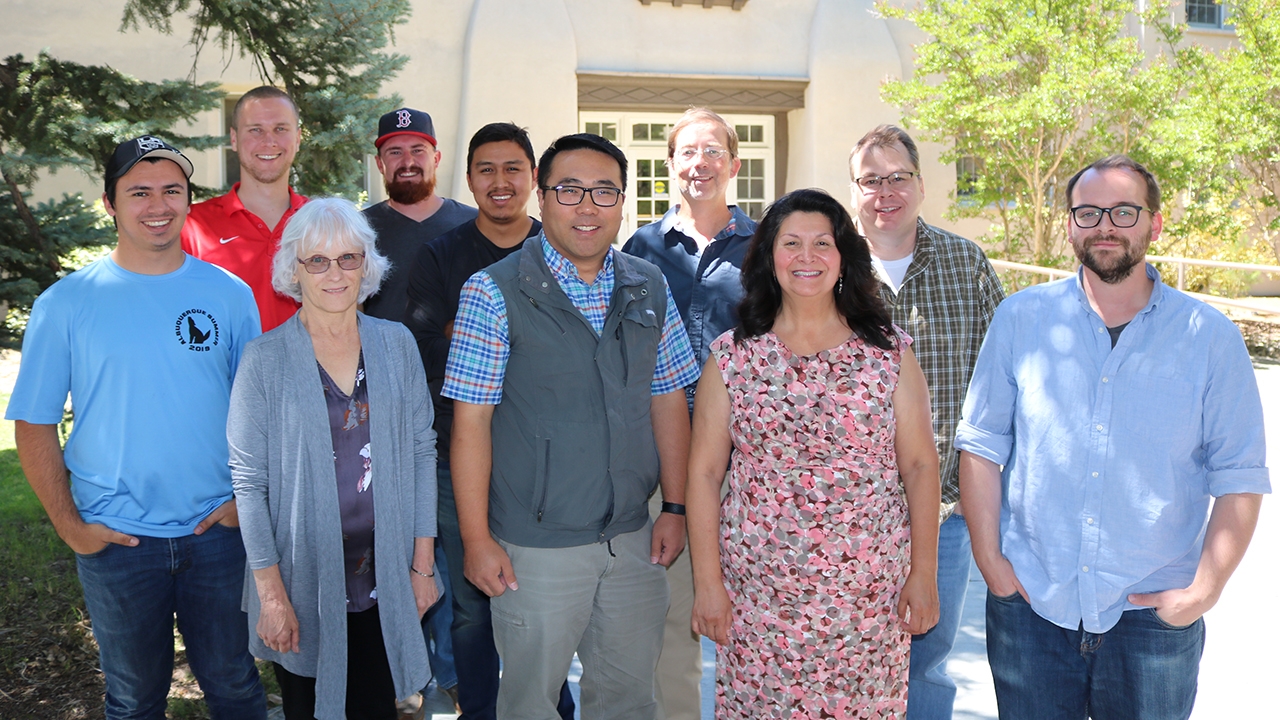 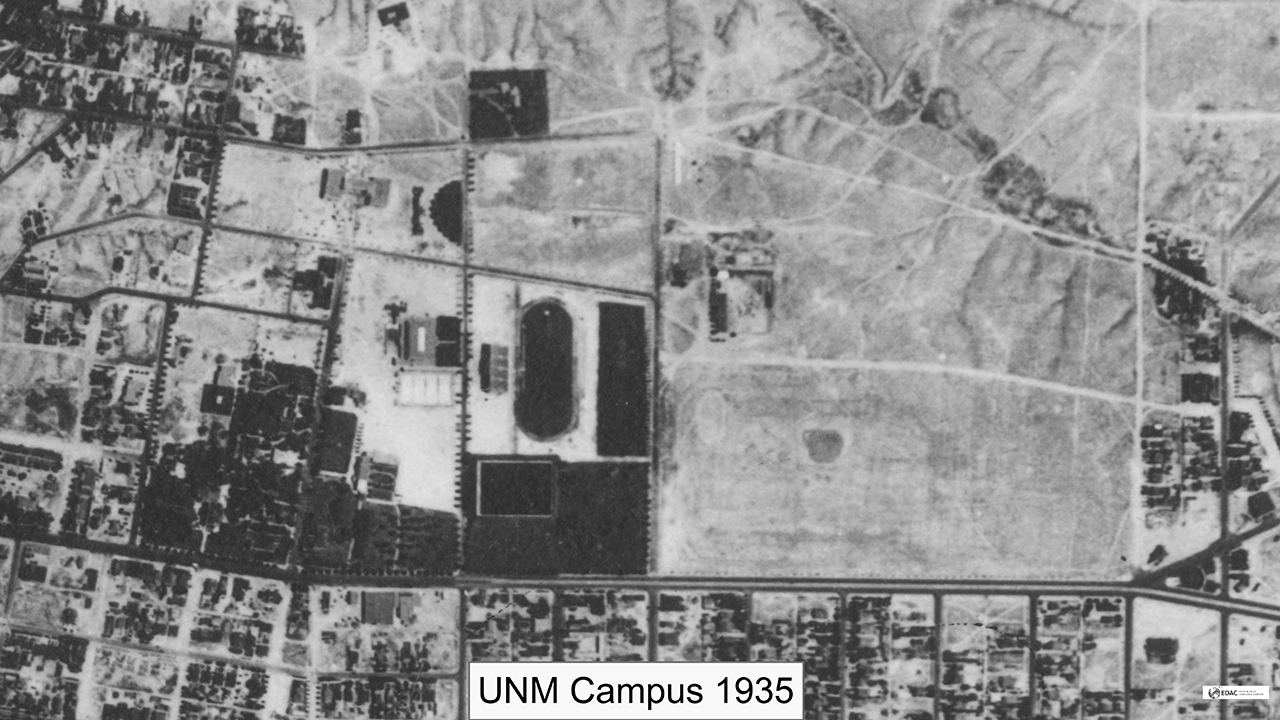 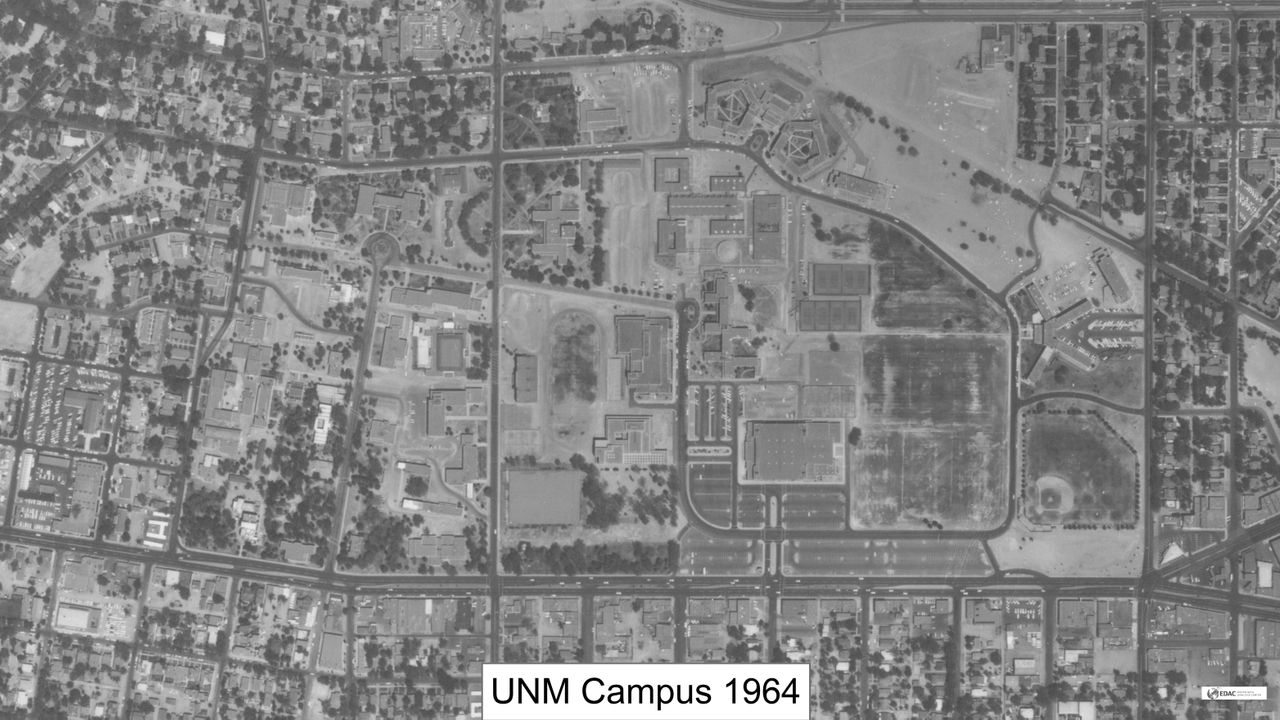 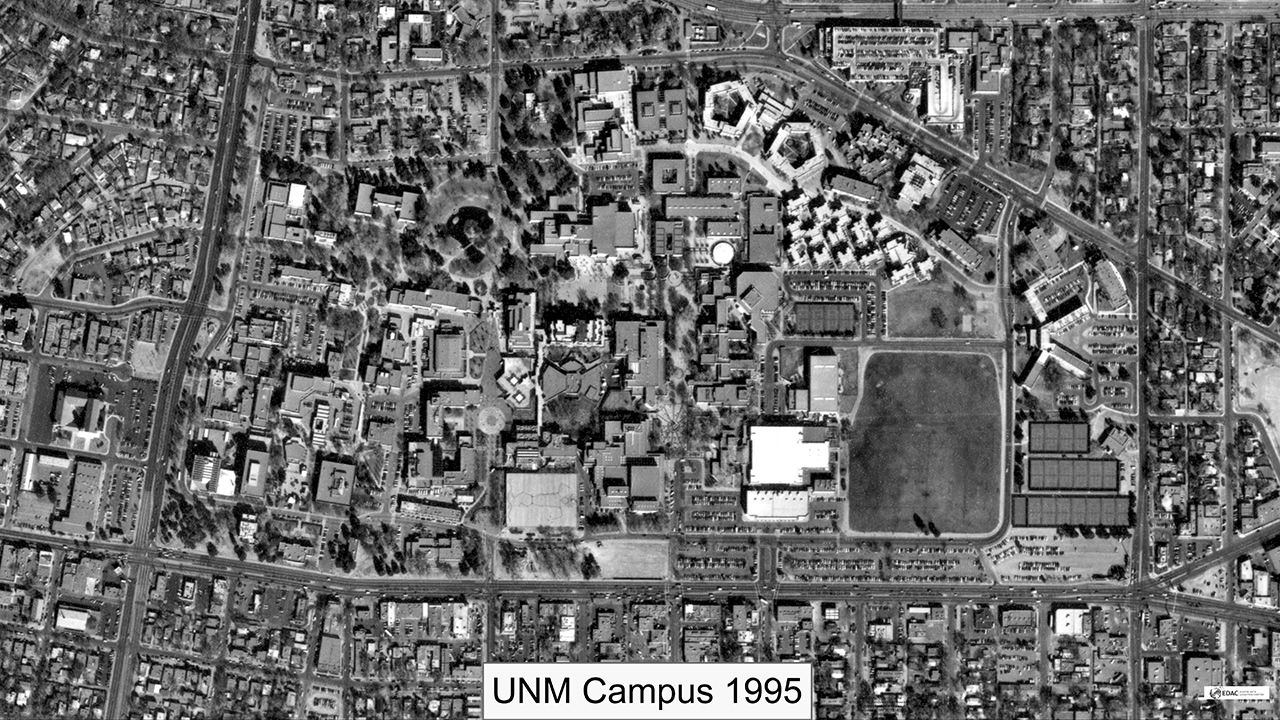 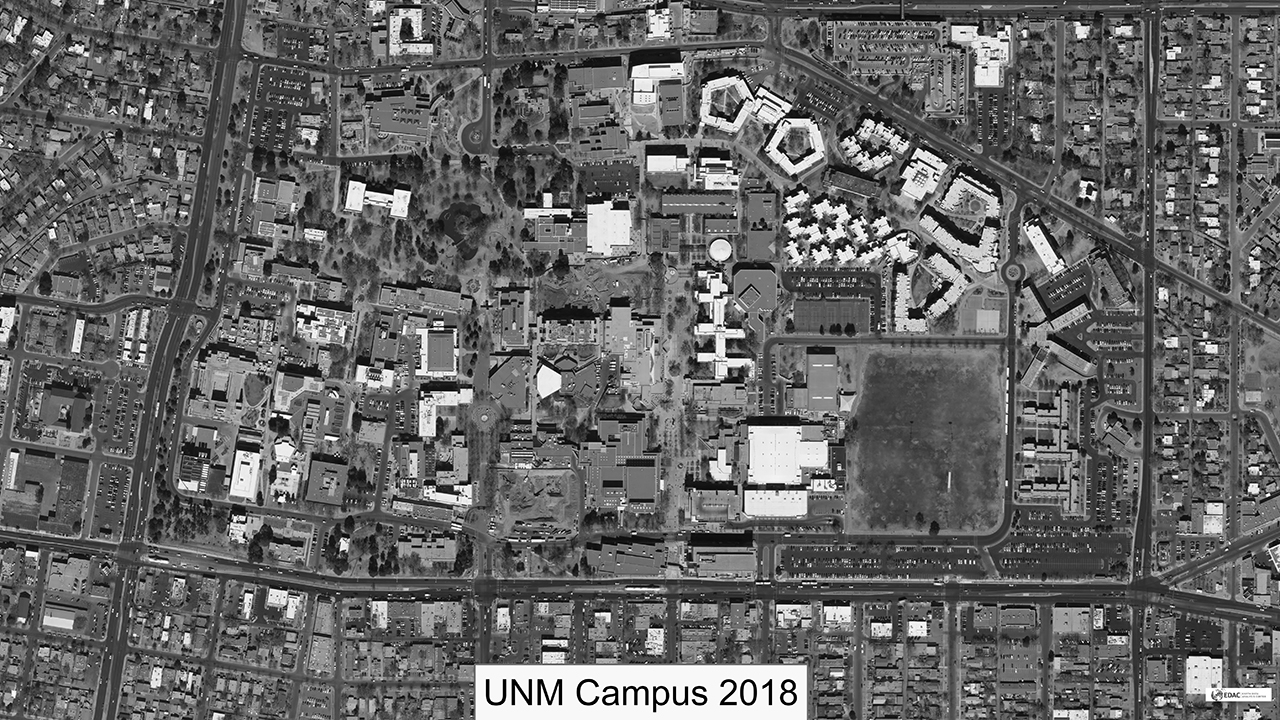 According to the National Archives, there are approximately 10 billion pages of textual records; 12 million maps and charts, and architectural and engineering drawings; 25 million still photographs and graphics; 24 million aerial photographs; 300,000 reels of motion picture film; 400,000 video and sound recordings; and 133 terabytes of electronic data.

All of these materials are preserved because they are important to the workings of Government, have long-term research worth, or provide information of value to citizens. It is also tasked with increasing public access to those documents that make up the National Archives. NARA is officially responsible for maintaining and publishing the legally authentic and authoritative copies of acts of Congress, presidential directives, and federal regulations. NARA also transmits votes of the Electoral College to Congress.

"Aerial photos contain really valuable information. It’s like a snapshot of what the landscape looked like in the past. We can look at a photo collected 20 years ago and look at a photo collected now to compare and see what it looked like in the past and what has changed. This information is useful and interesting to many historians and cultural scholars when they do research. Our project impact's all of New Mexico." – Su Zhang, senior research engineer

The Earth Data Analysis Center (EDAC) at The University of New Mexico is assisting with digitizing and Web publishing a historical aerial photo collection in photographic films from 1934-1987 that cover areas across New Mexico and selected regions in neighboring states. The project is part of a three-year, $700,000 grant from The National Archives — the nation’s record keeper. The PIs for the project are Dr. Su Zhang and Ms. Shirley Baros from EDAC.

“Part of the reason EDAC started the project is because we have a great tradition of processing aerial photos including a lot of historical aerial photos, over 500,000,” said Senior Research Engineer and IT Operations Manager of EDAC, Dr. Su Zhang. “Some of the aerial photos are hard copy and some are film. About 350,000 were donated from private sectors including two big aerial survey firms that went out of business, but donated their photos to EDAC.”

“Aerial photos contain really valuable information. It’s like a snapshot of what the landscape looked like in the past. We can look at a photo collected 20 years ago and look at a photo collected now to compare and see what it looked like in the past and what has changed. This information is useful and interesting to many historians and cultural scholars when they do research. Our project impacts all of New Mexico.”

EDAC will have an entire team working on this project that includes different people with different expertise. As part of the project led by Dr. Zhang and EDAC’s Director Shirley Baros, EDAC will scan, geo-reference, create metadata, index, publish online, and archive the 1934-1987 historical aerial photo collection.

The proposed web application and its application programming interfaces (APIs) will be developed in-house by Hays Barrett, EDAC’s Lead Developer and Programmer Analyst.  Hays will also develop the entire system including the website and online tools. EDCA’s System Analyst, Harrison Meyer, will setup and maintain the infrastructure for this project. The web application’s APIs will be shared with archival and record management organizations across the United States to enable them to develop similar web applications.

“I’ll develop online tools that will allow our users to add basic metadata to the scanned photos and then perform online geo-referencing. The geo-referenced photos will be added a catalog for QAQC and web publication,” said Barrett. “The second part is building the user interface for the public.”

“Once the film is digitized and you have a digital image we don’t know where it goes on the planet so we have to geo-reference it and build an online tool capable of having multiple users log-in and work on these photos as needed,” said Barrett. “Basically it’s a queue where a user pulls the image off and geo-references it so we know where it exists on the planet and then add necessary metadata. Once it goes through a QAQC process, it then gets ingested into a catalog. Building an online geo-referencer is going to take the bulk of the time. There are always things we never consider that pop up along the way so there will be other challenges.”

“The whole basis is that we’re getting all these photos with no respect to where they are on the planet,” said EDAC’s Remote Sensing Specialist, Paul Neville. “What we’re going to do is to apply them to known geo-references and use those to automatically pull in the coordinates and create the geo-referenced image.”

“Geo-referencing projects the image to its real ground position,” said Dr. Zhang. “You can assign ground coordinates to each pixel of a non-spatial aerial photo so people know exactly where the real orientation and location of the image is to the ground and what the topography is.”

“It can be really complicated, but we’re hoping to automate some of the processes. The basic idea is that you always have to find points on the ground that compare to something on the photo and mold the image accordingly. That process is relatively straightforward. It’s just doing the automated version that’s a little more complex,” said Barrett.

“The changes over time are important for any number of reasons. For example, if a farmer has problems with someone’s water flow eroding their land, it’s near impossible to prove that unless you have historical data and you can go back and actually view the erosion. It’s also educational to see how cities change over time and how farm or forest land becomes apartment buildings and parking lots for example.,” said Laura Gleasner, who is EDAC’s Data Clearinghouse Manager.

Since its inception in in 1964, EDAC has become well-known among Federal agencies; state, local and tribal governments; professional societies, organizations; and advisory bodies nationally and internationally. EDAC’s first project was to transfer NASA space-based technology to the private and public sectors. EDAC was designed to serve the spatial needs of these communities by utilizing geospatial technologies. As geospatial technology has progressed, EDAC developed the skills to meet those changing requirements. In 1968 EDAC expanded to include a library clearinghouse and in 1992 became a digital data clearinghouse.

EDAC began processing remote sensing data in 1973 and started image processing in 1979. EDAC acquired GIS software in 1983 and became one of the first ESRI users in New Mexico. In 1990, EDAC began collecting and processing GPS data and in 1999 created an information technologies (IT) program within the organization.