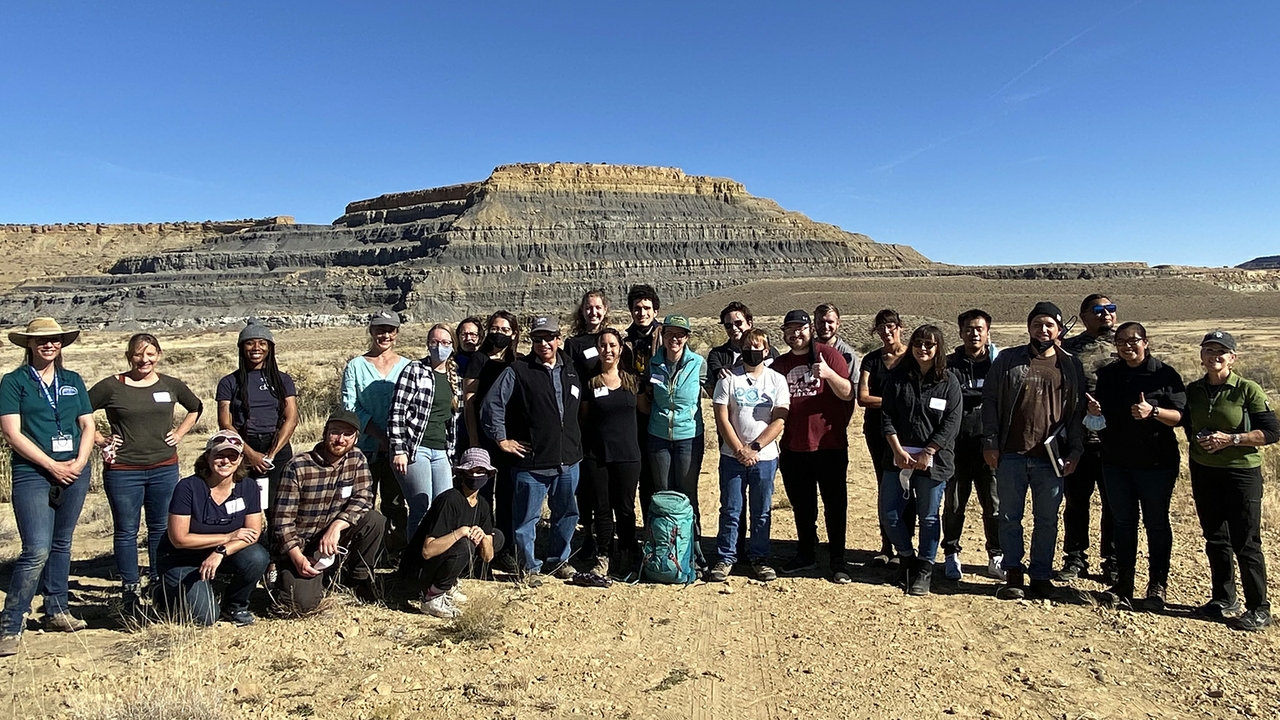 The UNM School of Law recently led a group of faculty and students on a visit to the Laguna Pueblo, some 40 miles west of Albuquerque, to learn about the history of uranium mining and the disproportionate impacts of uranium contamination upon indigenous communities in the Southwest.

The group included students and faculty from across the University, including UNM Law as well as undergraduate and graduate programs in Water Resources, Political Science, Civil Engineering, and Geography and Environmental Studies. 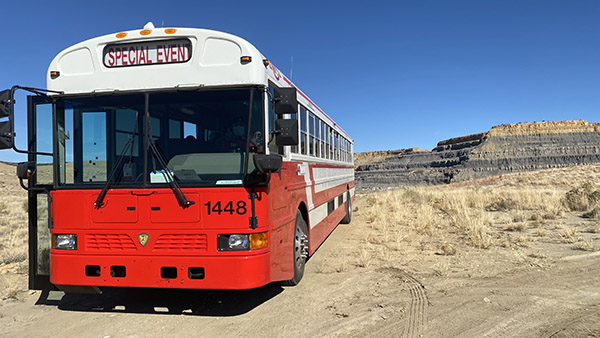 Situated on the Laguna Pueblo, the Jackpile-Paguate Uranium Mine site, once one of the largest in the world, operated from 1952 to 1982, moved about 400 million tons of rock, and produced about 25 million tons of uranium ore.  While many of the mining pits and features have now been filled in or covered, toxic metals including uranium still contaminate the environment and pose serious health risks to the Pueblo community.

In 2013, the U.S. Environmental Protection Agency (EPA) placed the former mine on the National Priorities List, making the site eligible for cleanup under the federal Superfund program.  Currently, under agreement with the EPA, the Atlantic Richfield Company, one of the Potentially Responsible Parties under the Superfund statute, is conducting a Remedial Investigation and Feasibility Study to characterize the nature and extent of contamination and identify alternatives for response. Additional studies on air and water transport of metals from the mine are being conducted by the UNM Superfund Research Center METALS program.

The tour of the Laguna Pueblo was hosted by the Pueblo’s Environmental and Natural Resources Department (ENRD).  ENRD staff explained much of the history as well as current activities to monitor and address concerns for uranium contamination on the Pueblo.  ENRD staff demonstrated a water sampling technique using a handheld device to monitor toxicity levels in the Rio Paguate. Tour participants were also fortunate to be joined by the Pueblo’s First Lt. Governor Ken Tiller.  Lt. Governor Tiller provided extraordinary insight and personal experience about the site, having witnessed each of its phases from active mining to mine closure to the impacts on community health and economics.

The tour culminated in a trip up a hard-packed dirt road to the Jackpile Pit itself, where previously “capped” waste piles could be observed clearly eroding.  Tour participants also paused for a group photo, grateful for the science that produced a COVID vaccine (100 percent of participants were fully vaccinated) and most grateful to our hosts from the Laguna Pueblo for allowing us this extraordinary opportunity for experiential learning.