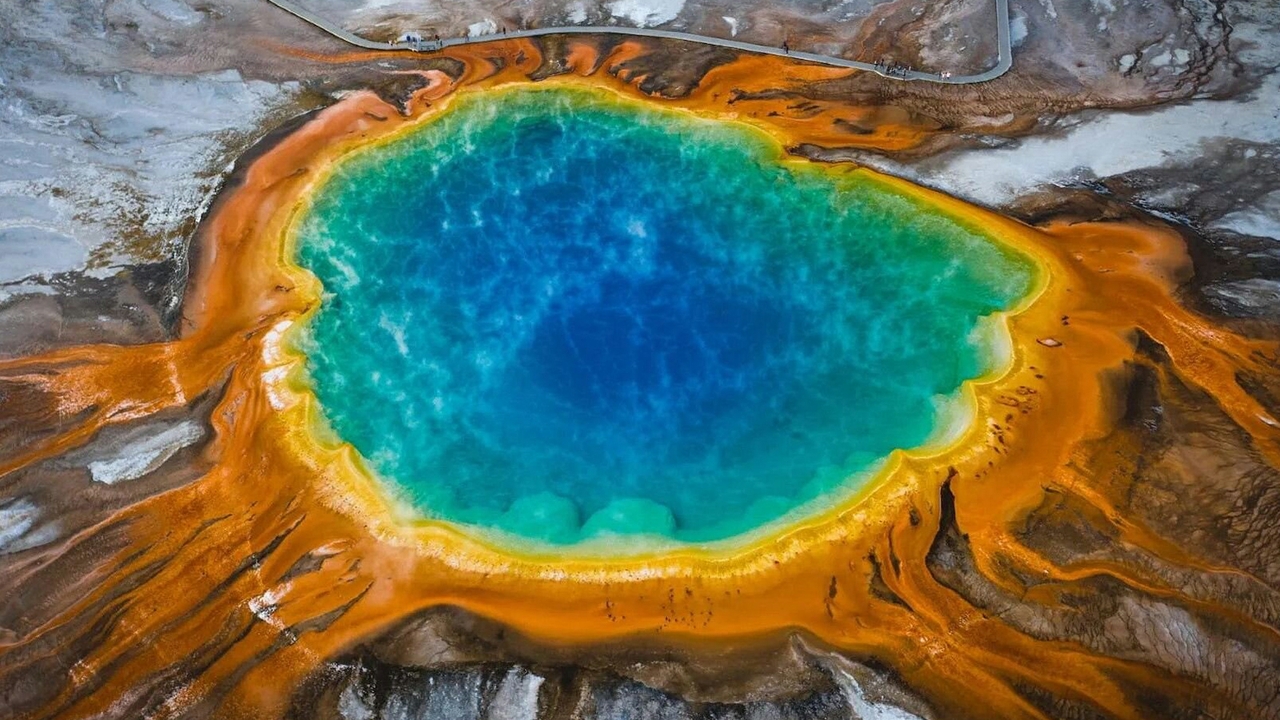 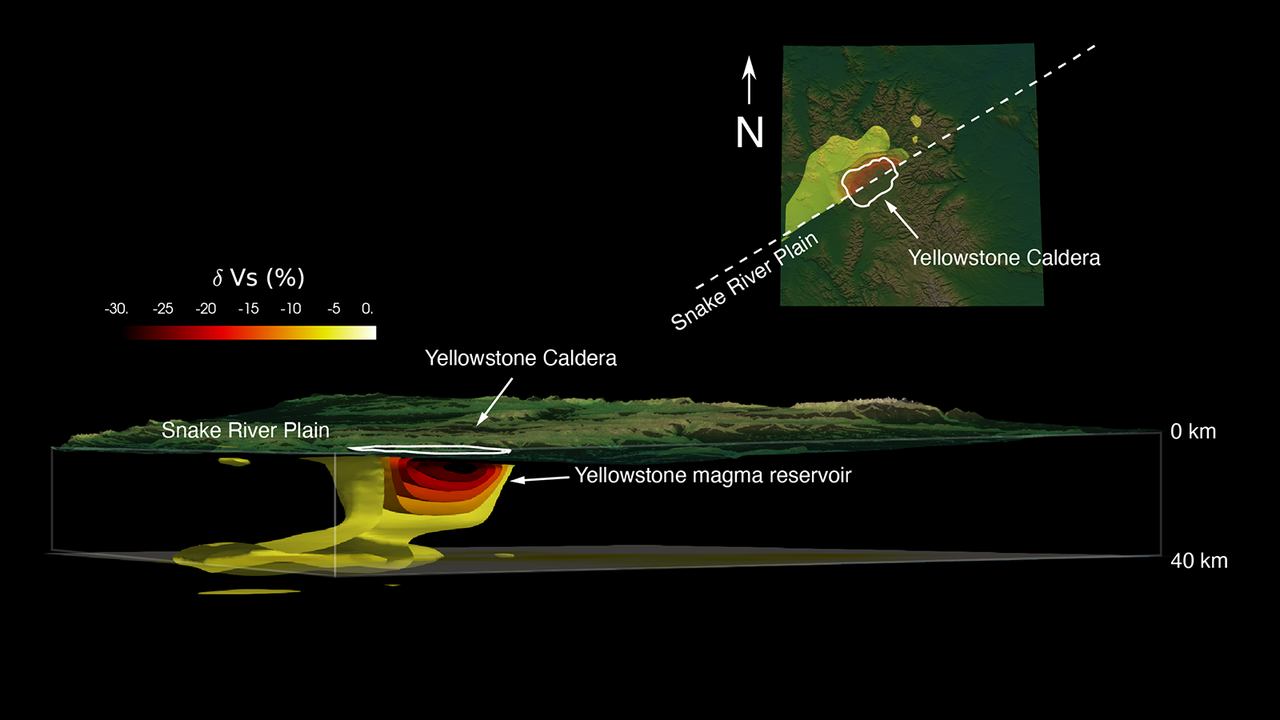 A 3D illustration of the Yellowstone magma reservoir

Scientists have long been fascinated with Yellowstone National Park and the scientific playground it has provided the research community over the decades. Seismic tomography has played a key role in that research giving scientists insights into Yellowstone’s crustal magmatic system to understand the melt distribution in the subsurface and the current stage of the volcano’s life cycle.

With the help of new tomographic images of shear wave speed of the Yellowstone magmatic system, scientists are gaining new insights into what’s going on beneath the Yellowstone Caldera, sometimes referred to as the Yellowstone Supervolcano. The caldera formed over 2.1 million years ago after a series of three super-eruptions, the most recent 640,000 years ago which created the Yellowstone Caldera. That eruption of rhyolitic material blanketed a good chunk of the western United States and Great Plains in ash. The ensuing collapse of the magma reservoir shaped the current Yellowstone Caldera in northwestern Wyoming. It has since been filled with rhyolite flows as young as 70,000 years old.

Based on geophysical observations, it’s quite clear that the modern Yellowstone magmatic system remains active, however, questions persist about the volume and distribution of melt and how it compares with conditions that preceded prior eruptions.

“The long-term curiosity is what's beneath Yellowstone today,” said Brandon Schmandt, professor in The University of New Mexico’s Department of Earth and Planetary Sciences. “You can walk around at the surface and see these vast expanses of erupted lavas and hydrothermal activity. But it’s hard to know how much melt exists kilometers deep in the crust today.”

Scientists are eyeing an emerging view of continental magma reservoirs involving a crystal mush zone (a crystal-dominated, partially molten body) that can persist in the crust over long time scales (100,000 years or longer) but that eruptible melt-rich zones are likely to be relatively short-lived, perhaps thousands of years or less. From this perspective, layers of eruptible silicic melt may rapidly accumulate near the top of the crystal mush zone before eruption. Consequently, the ability to image the subsurface to determine the presence or absence of a melt-rich zone near the top of the magma reservoir could be an important indicator of where Yellowstone currently sits in its eruptive life cycle.

Maguire, now an assistant professor at the University of Illinois Urbana Champaign, integrated data from several different time periods and applied more advanced methods to squeeze additional information out of the existing data and gain a new view of the magma reservoir beneath the Yellowstone Caldera.

“There were a few different periods when there were a lot of seismometers around Yellowstone, beyond the normal monitoring network,” said Schmandt. “Ross kind of stitched together all of those data and made a conventional tomography model, which then served as the starting model for iterative full waveform inversion using high-performance computing systems.” The technique eliminates many of the simplifying assumptions about wave propagation that limit other methods. At each iteration, 3D simulations of the seismic wavefield are used to determine which parts of the structural models need to be updated so that the predictions better match the observational seismograms.

The depth where most of the change occurred was ~3 to 8 kilometers deep which lines up with geologic estimates of where magma has been stored beneath Yellowstone in the past. The new shear velocity images showed that seismic waves slow down in the reservoir much more than previously thought, which is an indication of higher magma concentration. Assuming that Yellowstone’s magmatic system is a crystal mush with broadly distributed melt, scientists estimated a partial melt fraction between 16 and 20 percent. “It's not all melt or one big blob of liquid in that volume,” said Schmandt. “It's more like a lot of solid crystals that are pretty hot, and about 20% melt exists in the pore spaces between those solid crystals.”

The new seismic model can also help to better recreate the seismic signals of earthquakes that were not used in the creation of the model. “It's pretty neat to see the ability of this more advanced numerical modeling to make more realistic-looking seismograms,” said Schmandt.

“Think of it as boosting the resolution of previous observations or remastering an original recording. We can tease out more details about what the seismic waves propagated through. There are many volcanic systems this could be applied to, but Yellowstone really stood out as an opportunity since it’s a large system with lots of data accumulated over the years and lots of multidisciplinary interest among scientists and the public.”