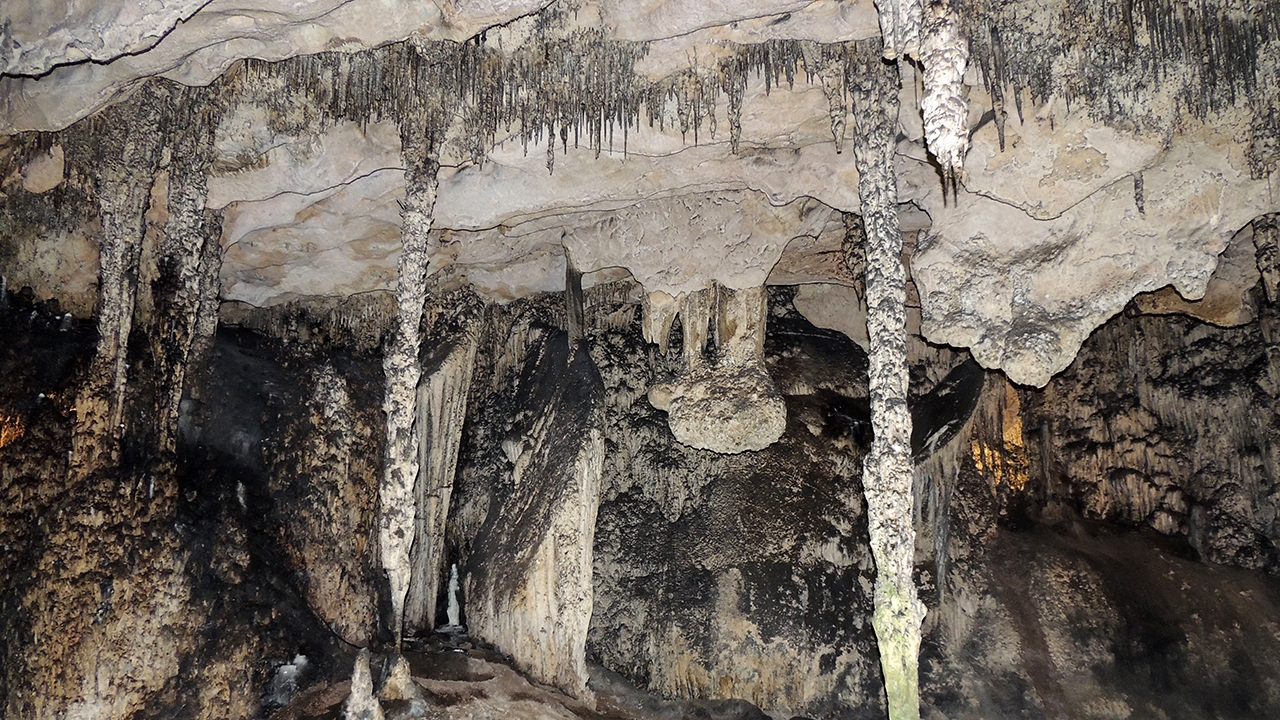 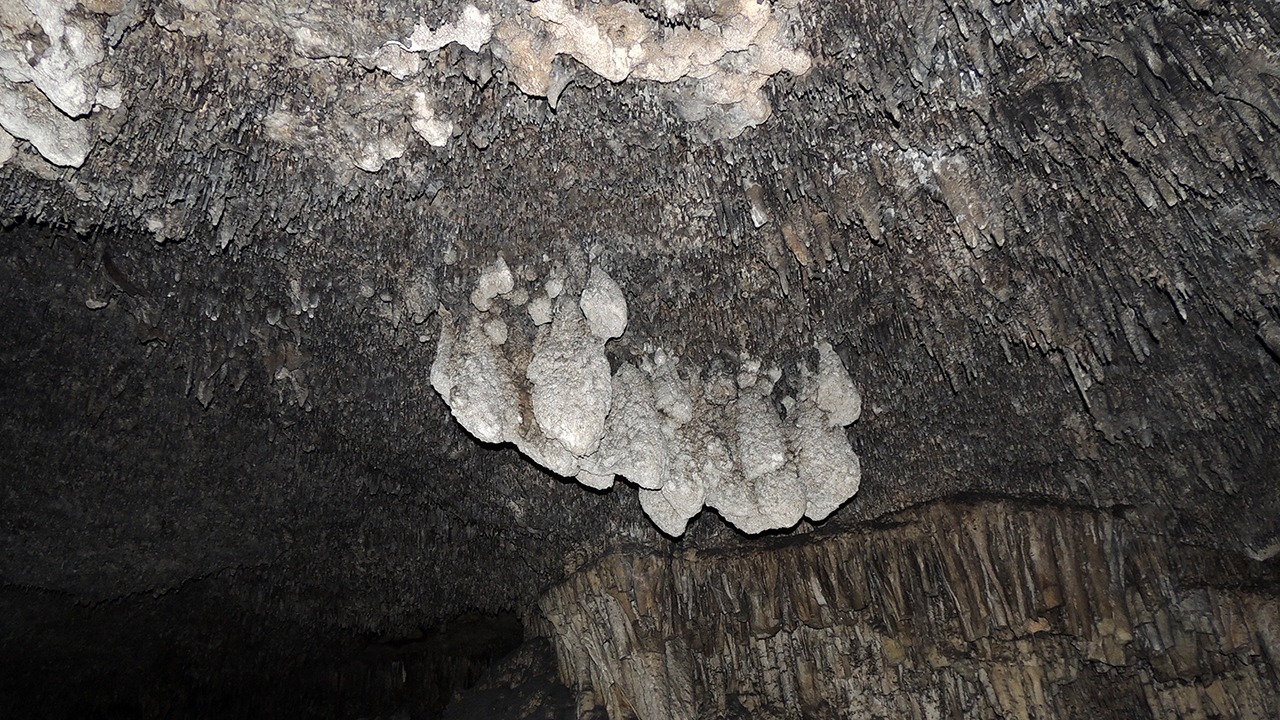 Considering the pressing concern posed by rising sea levels, a critical need exists to precisely predict how quickly sea level will rise in the next centuries. Reconstructing past sea-level changes during periods when Earth’s climate was warmer than today provides a window into the ice sheet’s future behavior and can contribute to more confident projections of the future rates of sea-level rise.

An international team of scientists, including University of New Mexico Distinguished Professor Yemane Asmerom and Research Scientist Victor Polyak, and collaborators from the University of South Florida, University of Balearic Islands, and Columbia University, used cave deposits from the Mediterranean island of Mallorca known as phreatic overgrowths on speleothems to reconstruct past sea-level stands. The thickness of the phreatic overgrowths on speleothems corresponds to the changing brackish water table in the coastal caves, the researchers said, providing scientists with a way to measure past sea levels.

“Analytical advances we have made in our laboratory have made it possible to obtain unprecedented precision in constraining timing of sea-level change,” said Asmerom.

Their new findings, Sea-level stands from the Western Mediterranean over the past 6.5 million years, were published in today’s edition of the journal Scientific Reports.

In their project, the geosciences team documented the position and timing of sea level during key intervals over the past 6.5 million years for which global mean sea level estimates have been highly uncertain. Their results contribute to efforts of studying past warm periods to gain insight into the magnitude and frequency of sea-level rise, which is critical for scientists’ ability to forecast and make recommendations on adapting to lessening the effect of future global warming. 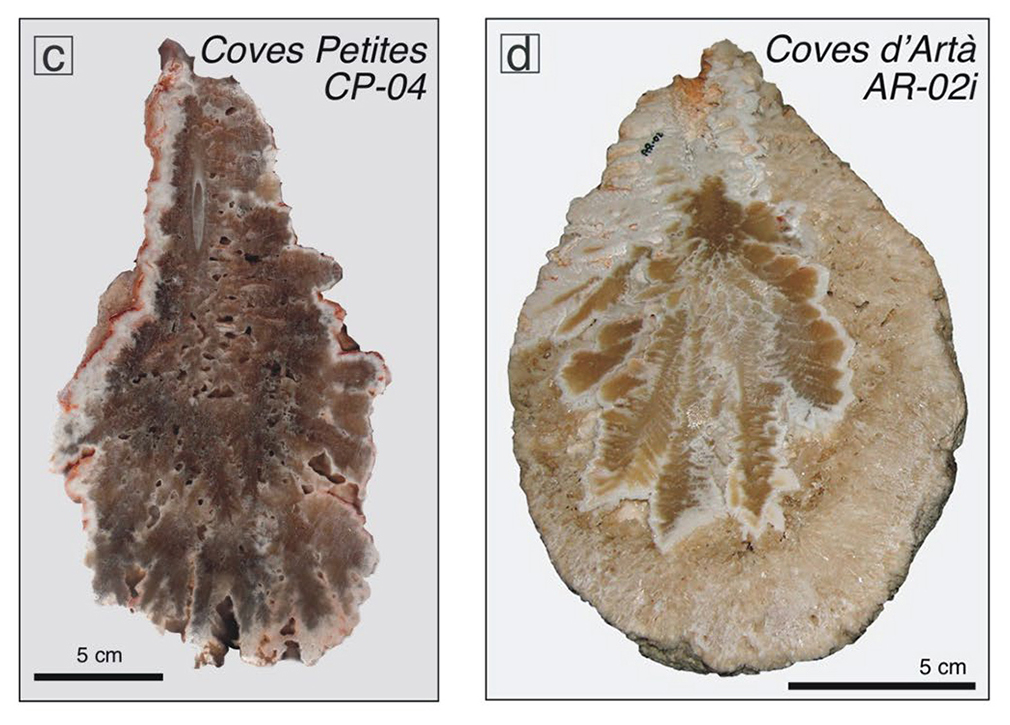 Two cross-sections of the phreatic overgrowth on speleothems (POS). These samples were taken from two nearby caves in eastern Mallorca.

The team expanded their research published in 2019 in the journal Nature, by investigating samples that are either older or younger than the Pliocene epoch (5.3 to 2.6 million years ago). Using precisely dated cave deposits from several of the Mallorcan caves and applying numerical and statistical models to estimate the corrections for glacial isostatic adjustment and long‐term uplift, they translated the local sea level estimates into global mean sea level (GMSL).

Their results show that during key time events, such as Pliocene–Pleistocene Transition, some 2.6 million years ago, the GMSL stood at 6.4 meters (some 10 meters lower than the warmer Pliocene), whereas during the beginning and the end of the Mid‐Pleistocene Transition the sea level was at −1.1 meter and 5 meters respectively.

“Overall, our results support that sea level dropped significantly after the Pliocene,” said the study’s lead author, USF alum Oana A. Dumitru, who is now a postdoc at Columbia University’s Lamont-Doherty Earth Observatory.

“Conversely, we now have a better sense of the absolute magnitude of sea-level rise due to future warming, which is estimated to reach Pliocene levels, if active abatement of greenhouse gases is not undertaken,” added Asmerom.

“Our estimates are important snapshots of sea level still stands, but additional sea-level index points will be useful to yield more context for our results. By providing direct estimates of sea level using POS as robust proxies, this work advances our understanding of sea-level position during several past warm periods,” the team wrote in the new paper.

“This project is part of our effort of establishing key past sea-level indicators around the globe, including new projects in the Caribbean and North Pacific,” said Polyak.

Other members of the team include Oana Dumitru and Jacqueline Austermann of Columbia University, Bogdan P. Onac of University of South Florida and Joan J. Fornós, Joaquin Ginés and Angel Ginés of Universitat de les Illes Balears in Mallorca, Spain.

This research is the result of a collaborative National Science Foundation (NSF) project between the University of New Mexico and University of South Florida (USF) and part of the bilateral agreement between USF and Universitat de les Illes Balears. It has been funded by NSF and the Spanish State Research Agency.