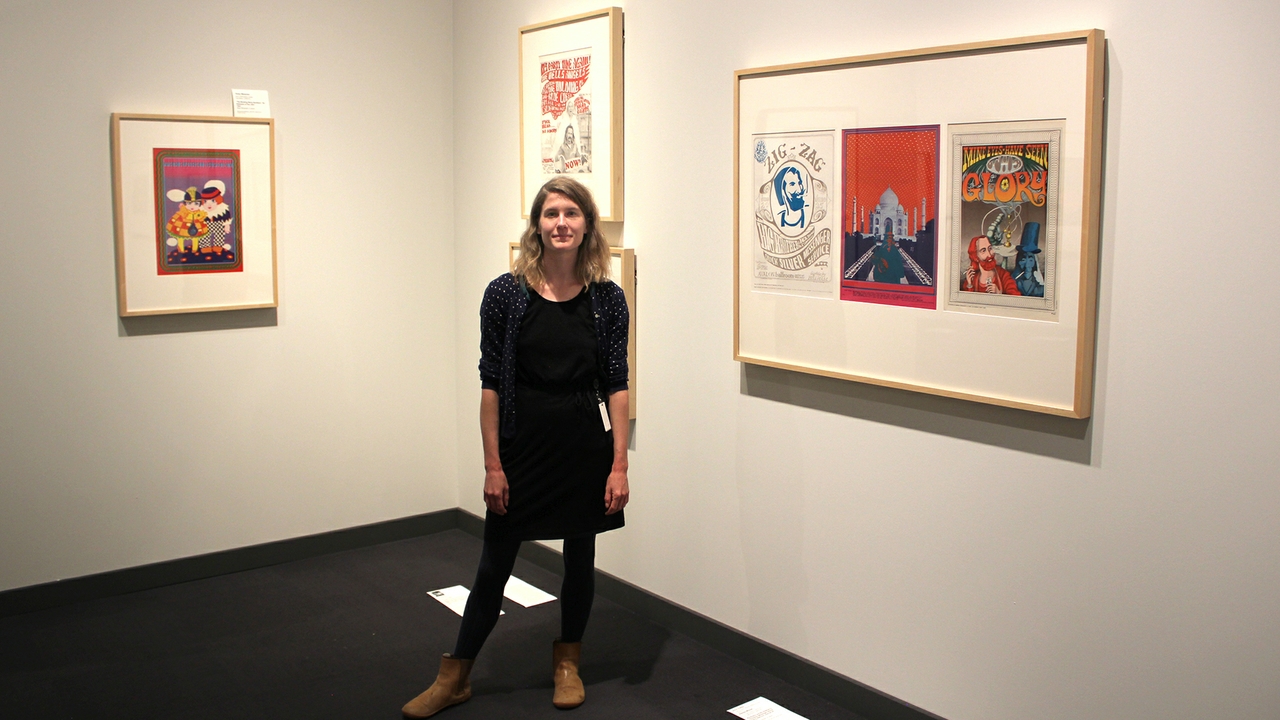 with classic psychedelic posters at the Albuquerque Museum 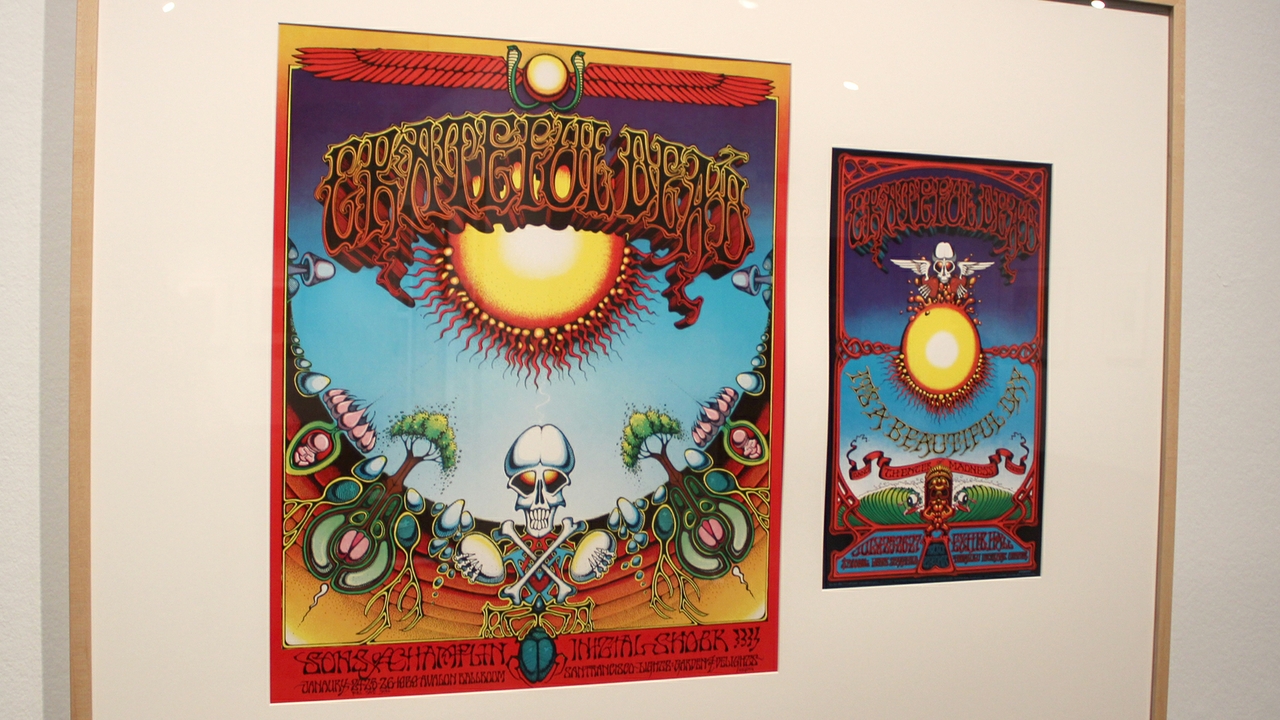 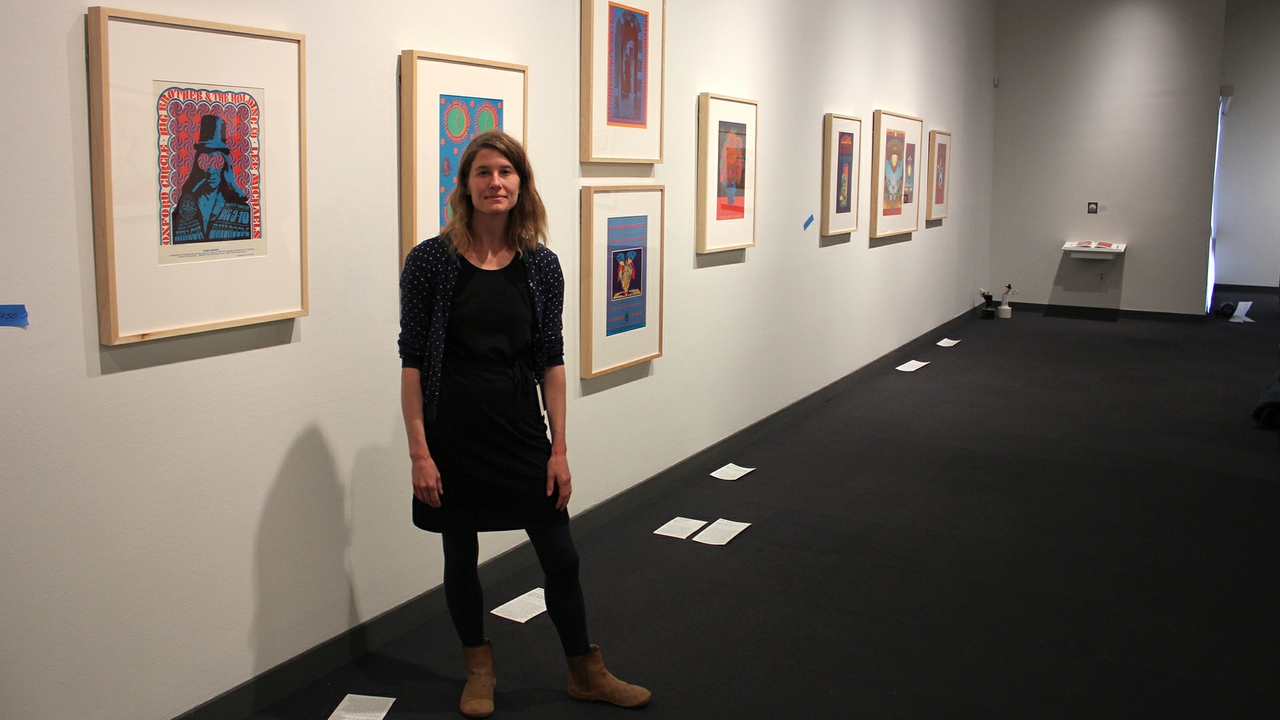 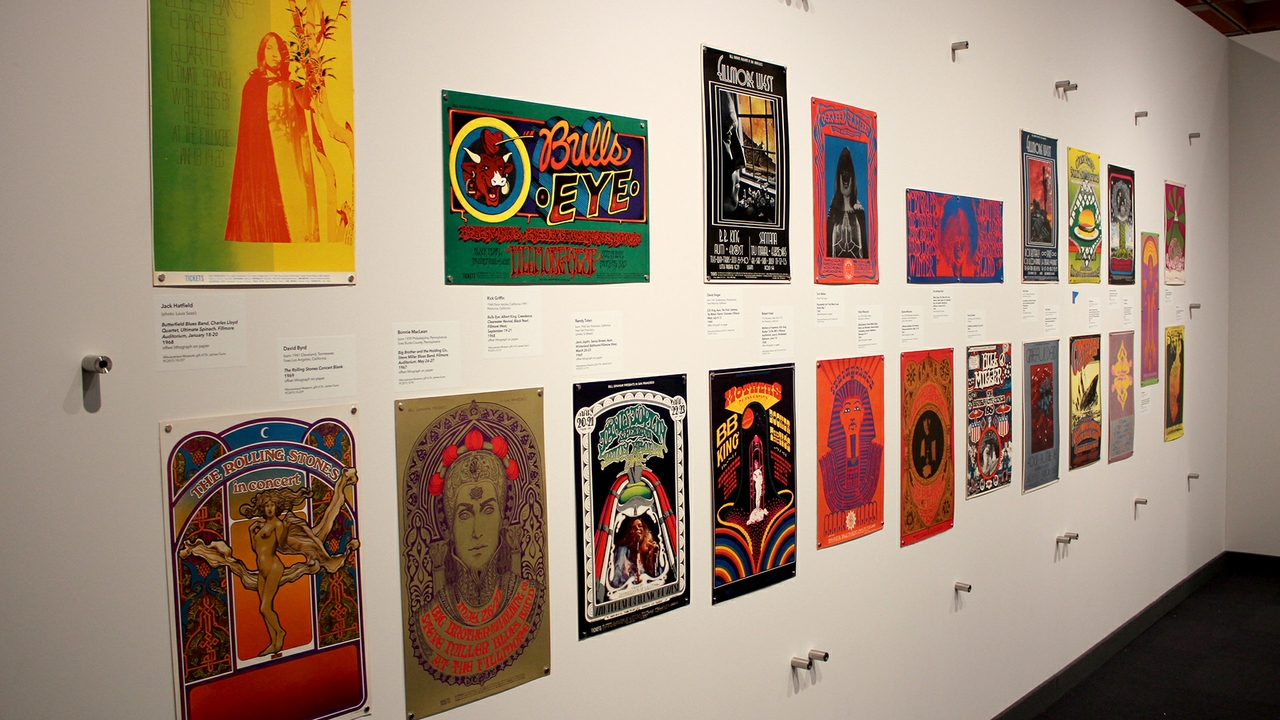 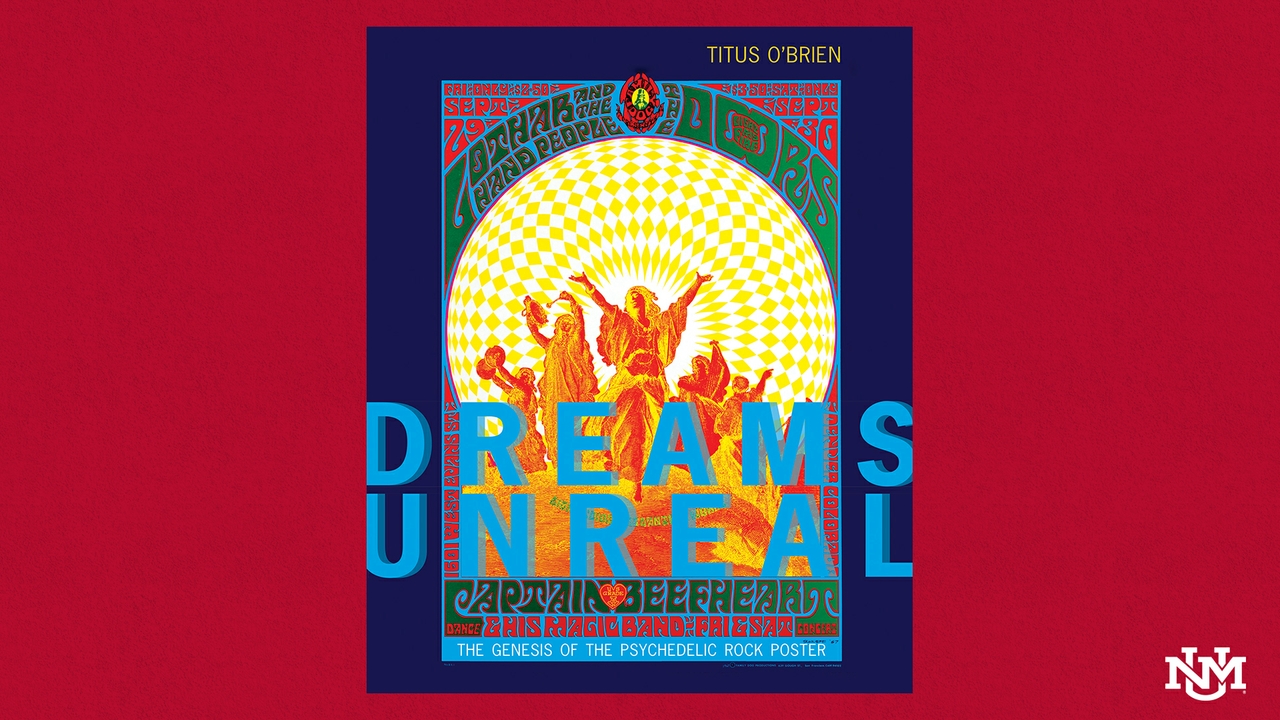 It was somewhere around the dawning of the Age of Aquarius and the San Francisco music scene was thriving when a new art form evolved. To promote concerts by not-yet-legendary musicians like the Grateful Dead, Jimi Hendrix, Jefferson Airplane, and Janis Joplin, a group of visual artists and lithographers joined to produce posters to advertise shows at epochal venues such as the Fillmore, Winterland, and the Avalon Ballroom.

UNM student Lacey Chrisco is currently getting an immersion in the iconic poster art of the times in her position as assistant curator of art at the Albuquerque Museum. The museum recently acquired a massive collection of the music ephemera from a New Mexico physician and Chrisco helped the curatorial staff prepare about 150 pieces for the installation of a new exhibition called Dreams Unreal, which has opened at the Albuquerque Museum.

Chrisco describes herself as a non-traditional student because she didn’t go to UNM right out of high school. She is currently working toward a double bachelor of arts degree in studio arts and linguistics and plans to graduate this fall.

She began working at the museum in 2018 as a work study student.

“Through that position I was able to learn a lot about how museums work and how exhibitions come together. I got to know the staff, the art collection, and came to love the work and the museum. Around this time last year, the assistant curator of art position became available and it was offered to me at the end of the spring 2019 semester.

Chrisco works closely with the museum’s curator to put together exhibitions. The work entails creating object lists, contacting lenders, writing and/or editing label copy, helping to organize incoming acquisitions, and answer inquiries from potential donors of art. The position requires a lot of creative problem solving and other skills she learned at UNM, she added.

“There are some very clear-cut skills I have honed through my education at UNM. Both linguistics and art require a lot of attention to detail and critical thinking, which are important to my job. Cultivating my own art practice at UNM has developed my ability to read and contextualize a piece of art, which is a large component of my position. I feel so grateful to be a part of the museum and to UNM for helping me on my way,” she said. In particular she cited the classes Introduction to Southwest Studies, Fairy and Folk Tales, Global Photographies, and Native American Languages.

In return, the museum work gives her new insight and perspective.

“Getting to spend time around a lot of great art at the museum has helped me think about how I create my own work. Working at the museum also involves engaging in conversations about culture, diversity, representation, and inclusivity, which can be challenging topics. I've taken several great classes at UNM, taught with either a very global or very local perspective, that have broadened my thinking on these topics. These classes have reinforced the fact that those with more power and prestige do not represent a cultural norm or center, though society tends to be structured around that narrative. The museum is a place that exists for the surrounding community and since Albuquerque and New Mexico are incredibly diverse, I am always conscious of how I can do my job in a way that helps shift that false narrative in order to integrate and provide space for a variety of perspectives.”

Chrisco isn’t old enough to remember the era but learned about it from the exhibition.

“As a kid I was very interested in the ‘60s, there was a lot of tie-dye in my wardrobe, and learning about the charged energy of that era was fascinating to me. But I tended more toward folk music than rock music. I know and love some of the bigger musical names, Jefferson Airplane, Janis, Jimi, (I've never been much of a deadhead), but there are plenty of bands that I was not familiar with. The art on the posters is reflective of a pretty interesting moment in history, and, as such, there is a lot going on in each one. Some of the styles and imagery are less appealing to me, but I do have some favorite artists: Bonnie MacLean, Wes Wilson, and Victor Moscoso,” Chrisco noted, adding that MacLean’s husband was legendary music promoter Bill Graham, who was famous for sponsoring the renowned bands and their shows.

“Dreams Unreal shows how the psychedelic poster developed out of the 1960s counterculture scene in San Francisco. It places the posters within a broader cultural and art historical context and includes about 150 concert posters mostly from the late 1960s. I enjoy that the show focuses on objects that were not created as fine art, but still demonstrate the creativity and skill of a variety of artists. It is inspiring to think about how much effort went into each poster and how each of them reveals the desire to make a basic advertisement for a concert more interesting and beautiful in a way that embodies the energy of the time.”

The posters were donated to the museum by Truth or Consequences physician James Gunn, who fell in love with the eye-searing colors, bold graphics, and mind-boggling calligraphy as a teen. He snagged some posters off telephone poles while he was a student at Berkeley and then bought a big collection from a shop in San Francisco some years later.

Now looking to downsize, Gunn donated his collection to the Albuquerque Museum so that it would be protected from damage and appreciated by art lovers, according to museum communications director Denise Crouse.

Crouse noted that visitors to the show can get the book Dreams Unreal: The Genesis of the Psychedelic Rock Poster, written by Titus O’Brien and published by The University of New Mexico Press. The massive tome contains 392 pages, including 200 color plates of posters in the collection. A cooperative effort among the museum, the Albuquerque Museum Foundation, and The University of New Mexico Press kept the book at a very affordable $39.95, she added.

Visitors to the exhibition don’t necessarily have to be from the generation that remembers the era, Chrisco said.

“I think there is something for everyone in the exhibition. For those who remember those days and perhaps attended a concert or two, the posters are bound to bring back some memories. For those who didn't live through the '60s, it is sure to illuminate what the vibrant and sometimes tumultuous decade was like.”