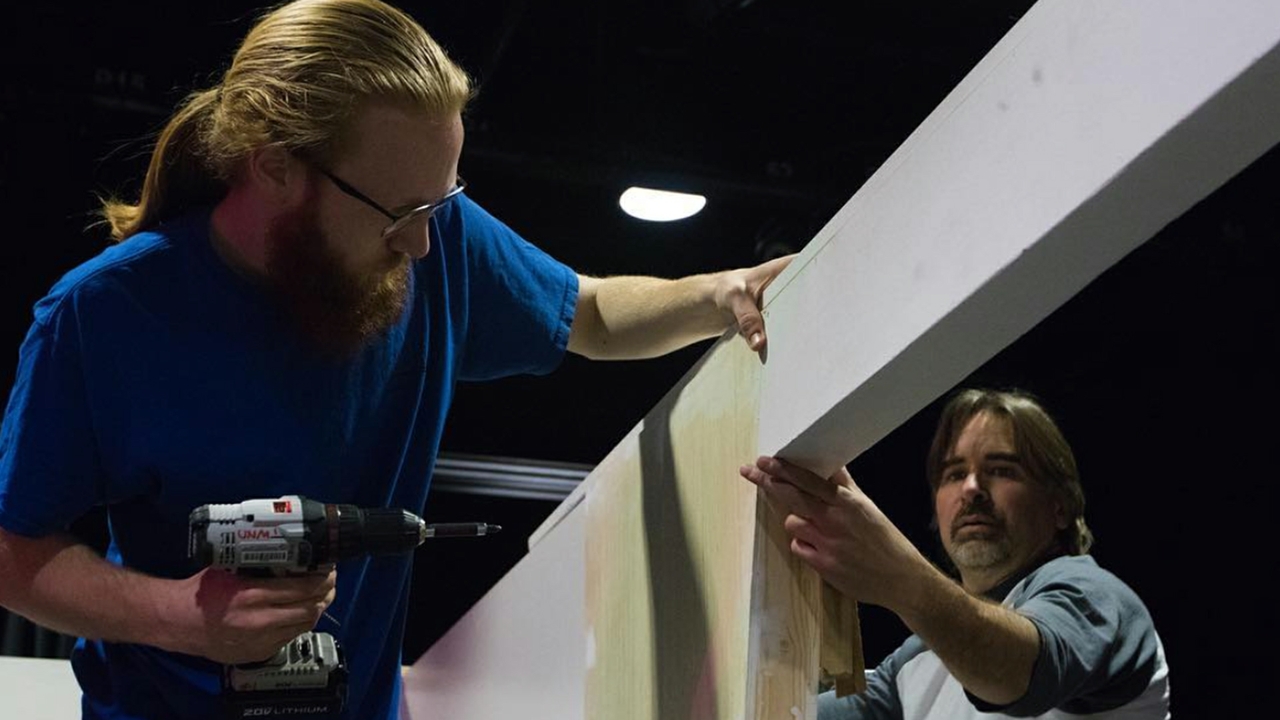 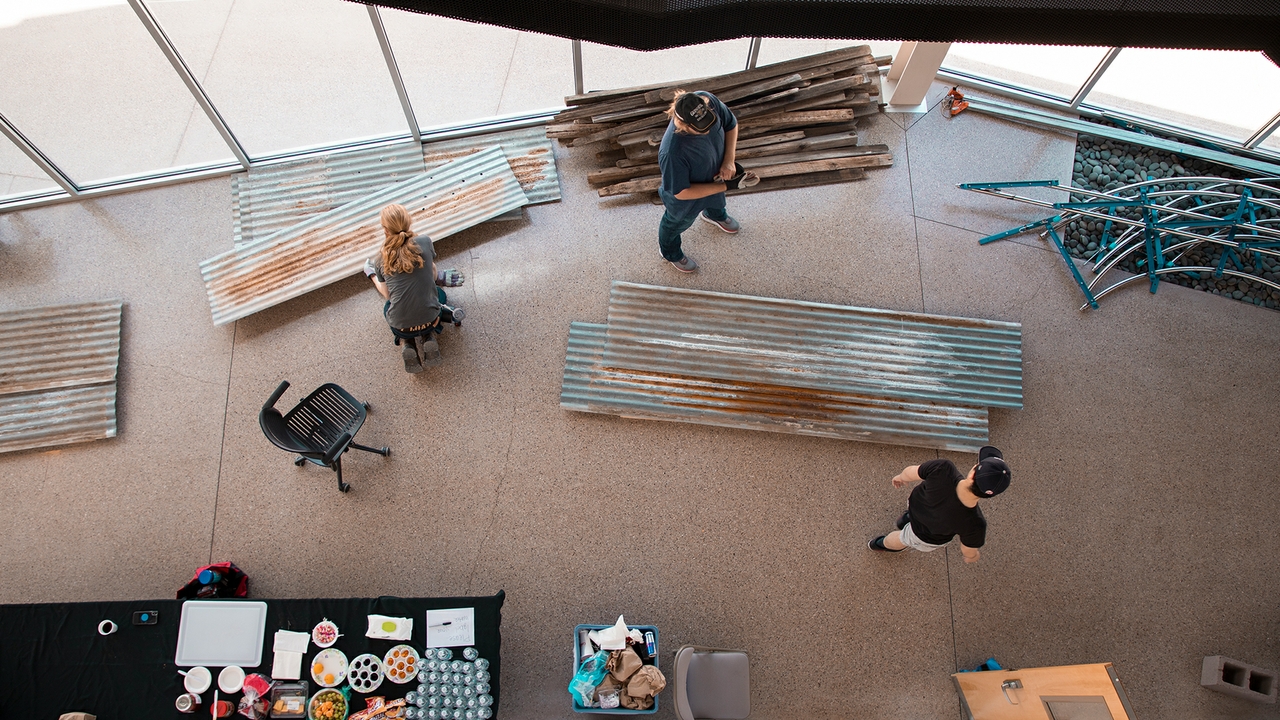 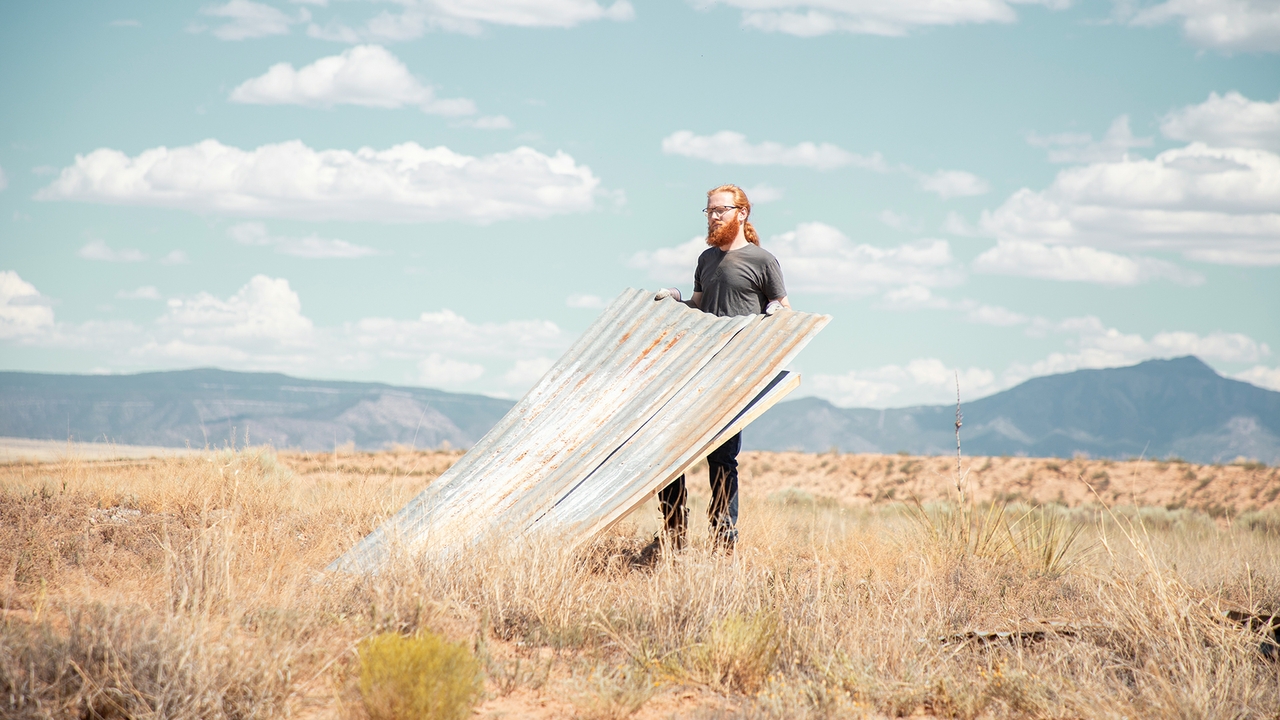 On the set experience 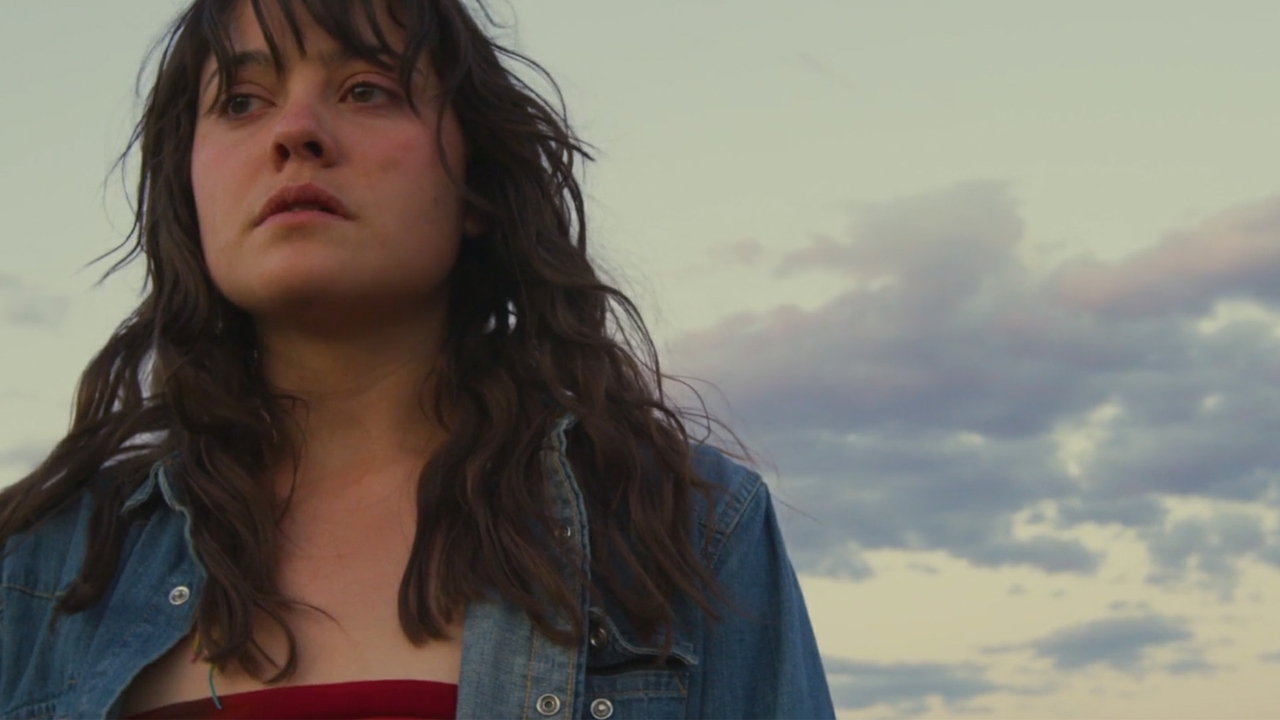 A still from the student-created TV series Drifteen 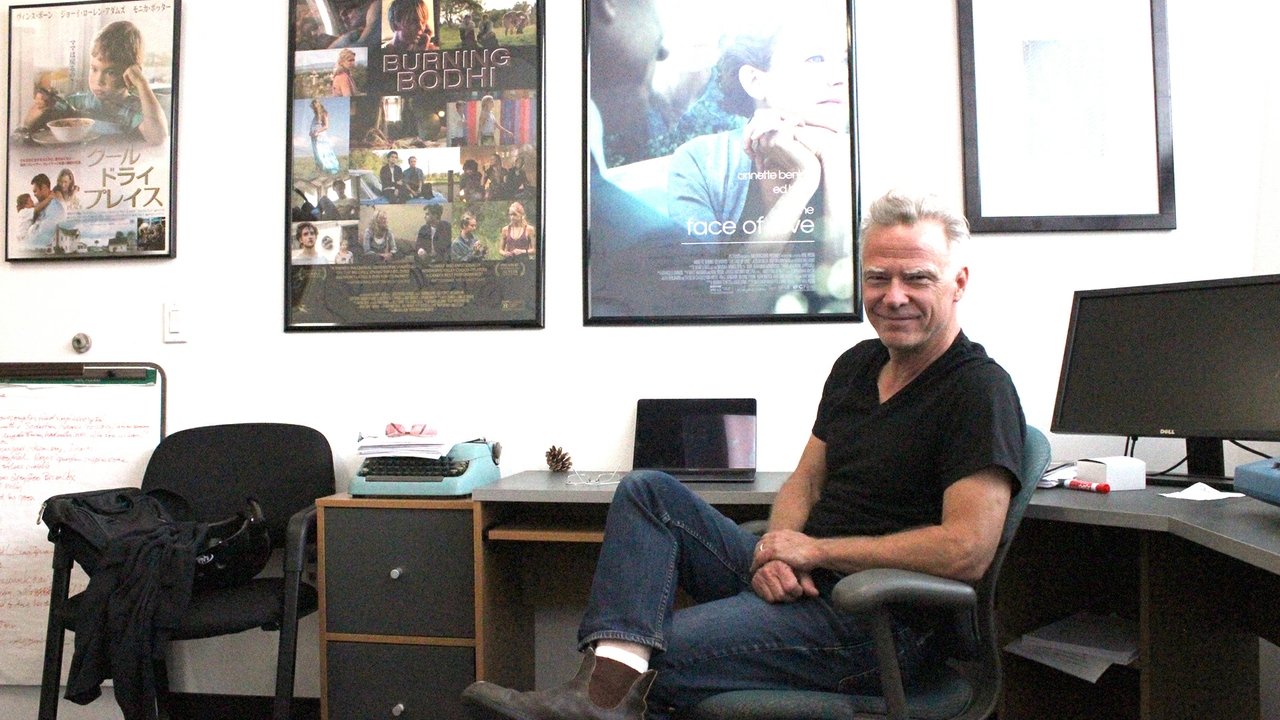 New Mexico has a long, distinguished history in the film industry. Tom Mix made silent movies here in the early 1900s and award-winning favorites such as Easy Rider (1969) and No Country for Old Men (2007) were filmed here. Netflix and NBC Universal are setting up shop in Albuquerque and dozens of motion pictures were completed or are in production this year. Oscar-winner Tom Hanks is back in town to make his second movie here this year.

“New Mexico turned a corner and became a huge hub when the state initiated a subsidy for companies filming in New Mexico," said Professor of Practice Matt McDuffie, who has taught screenwriting at The University of New Mexico for the last 19 years. Along with Los Angeles, New York, and Atlanta, New Mexico has become “a Mecca” for filmmaking, he said.

McDuffie has solid film industry bona fides. He has been a professional screenwriter for 25 years, and has written for HBO, Showtime, CBS, Fox, and Warner Bros. He is the writer/director of Burning Bodhi, starring Big Bang Theory’s Kaley Cuoco and Pretty Little Liars Sasha Pieterse, and filmed in New Mexico.

“Film is one of two growth industries in New Mexico along with oil and gas. The fastest-growing departments at UNM are engineering, nursing and film. We’re now the largest department in the College of Fine Arts and the least funded. We’re outgrowing ourselves, we have so many students.” – Matt McDuffie

The UNM Film & Digital Arts (F&DA) department has redesigned itself to meet the demands of the ever-growing New Mexico film industry. More than 70 projects were filmed in fiscal year 2019 and 43 of those had a budget of more than $1 million, according to a recent report in the Albuquerque Journal. The New Mexico State Film Office says the industry spent $525.5 million, a record high.

“Film is one of two growth industries in New Mexico along with oil and gas. The fastest-growing departments at UNM are engineering, nursing, and film. We’re now the largest department in the College of Fine Arts and the least funded. We’re outgrowing ourselves, we have so many students,” McDuffie said.

The F&DA program is value for the money, McDuffie said, noting that tuition for a degree in similar programs at the University of Southern California, the prestigious American Film Institute, or Chapman University is over $100,000.

F&DA courses allow students to get the full experience of making a film, McDuffie said. The students have formed a production company and used screenwriting, set building, lighting, filming, editing, and all the other skills they learned to make a full television series that McDuffie is hoping the students can sell to a TV network.. Several of their projects have already gotten national recognition and several projects will debut at the KIMO in the spring.

J Wallace is a senior in the UNM film program and will finish his capstone project – in pre-production right now – in the spring before graduating with a BFA in Interdisciplinary Film and Digital Arts with a production concentration.

The capstone is the thesis project for those students earning a BFA in Film & Digital Arts, McDuffie explained, and can be a short film, a computer game, animation – “Last year we even had a fashion show.”

“I’ve worked on several student productions last year as a crew member: set decorator, key grip, and second assistant camera. I helped out with the fashion show that was one of the capstones as well,” Wallace said. “I want to be a producer, and this gave me the opportunity to jump around and learn firsthand about each department. On professional sets in the industry, it’s rare to jump from department to department, so it was cool to get that experience before I go into the industry. It was also really cool to learn and make connections with other students before doing my capstone.”

Over the summer, Wallace was also art director on Drifteen, an episode shot for a class called The Show. McDuffie hopes Drifteen can be sold to a TV network.

“I collaborated with a small team of fellow students to build all of the sets and I selected all of the props and decorations,” Wallace said. “Working on Drifteenwas the best experience that I've had in college so far. I learned so much and got to learn a lot from the professors and professionals in the industry: Dan Gallassini, Matthew McDuffie, and professional art director Kyleen Kirk. She answered all my questions and gave me tips and tricks that I never would have learned otherwise. It was awesome to get feedback and help from someone in the industry.”

Wallace continued, “The Show definitely prepared me for the real world of the film industry. Being able to try new things as a learning experience and figuring out what works best for what, what doesn't work, and why.”

With the university’s help, Wallace got a foot in the door on a professional set as an office assistant in Santa Fe for five weeks.

“I wouldn’t have been prepared to be on a professional set if it wasn’t for the film program and the guidance from my professors,” he said. “When I graduate in the spring, thanks to the film classes and professors, I couldn't feel more prepared to start working in the industry.”

Not all film industry jobs are for major movies and not everyone is headed to Hollywood, McDuffie noted. Screenwriters and other students with film industry training can also go into corporate marketing, advertising, and TV shows.

“There is always a need for storytellers. There are 500 TV shows out there right now. That’s a lot of writers,” McDuffie observed. “UNM students can step out of college and into work.”