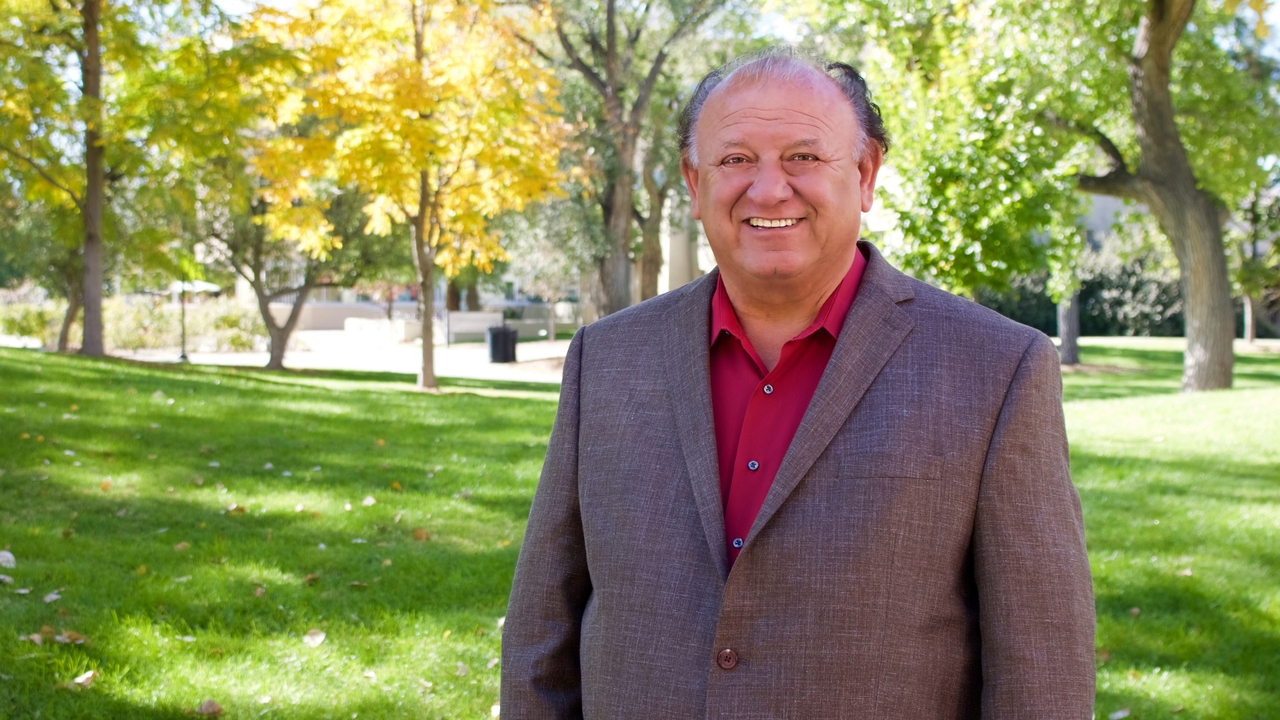 Eliseo “Cheo” Torres, vice president for Student Affairs, will be honored with an induction into the Hispanic Association of Colleges and Universities (HACU) Hall of Champions later this month. This prestigious honor is awarded to those who embody HACU’s mission of championing Hispanic success in higher education.

“Throughout his 47-year career in higher education—the last 21 years at The University of New Mexico—Dr. Torres made Hispanic student success one of his main priorities,” said UNM Interim President Chaouki Abdallah.

Torres’ career in higher education began in 1970 at Texas A&I University (now Texas A&M University-Kingsville) where he served as an administrator and parental involvement director.  While there, Torres created institutes for those who serve migrant populations in South Texas, directed the Migrant and Bilingual Staff Development Program and coordinated all state and federal programs for migrants.

“I saw the higher education needs of first generation Hispanics in South Texas, and my goal was to improve services for this population.” said Torres.

At Texas A&M, Torres created the Office of Special Programs to serve first-generation Hispanics through projects such as Upward Bound and the College Assistance Migrant Program (CAMP) and continues those and other efforts at the University of New Mexico.

As the current vice president for Student Affairs at UNM, he developed a $100,000 per year scholarship fund for students of Hispanic descent, and negotiated the Prince of Asturias Endowed Chair for Science and Technology at UNM, and has taught numerous courses on Hispanic topics.

He also serves as a professor for the Department of Language, Literacy, and Sociocultural Studies and teaches the popular annual Traditional Medicine without Borders: Curanderismo in the Southwest and Mexico class.  Now in its 17th year, the class has received major acclaim and is the first and only class of its kind in the country.  He also authored several books and a new textbook on the topic, and teaches several new online classes on the topic.

“Both of my parents were versed in aspects of herbal lore and healing,” Torres said.  “As I matured I learned to love and respect that part of my culture and wanted to share that with students.”

Torres will be inducted at a ceremony on Saturday, Oct. 28 in San Diego.  He was a member of the first higher education organizing committee to initiate HACU in the mid-1980s and has been a founding member since then.