UNM’s Department of Theatre and Dance presents 'The Seagull'

With comic brilliance and deep understanding, “The Seagull,” explores love, loss and what it means to be an artist in a society obsessed by celebrities.

Anton Chekov’s masterpiece is filled with passion, jealousy and regret, as a renowned actress, her troubled son and their friends navigate a maze of romantic entanglements, in pursuit of love, acceptance and fame. Chekhov’s rich, multi-faceted characters, are brought to life by an ensemble of UNM’s finest actors in a dynamic modern translation, with stunning period costumes and magnificent scenic and lighting design.

Performances of “The Seagull” run from Nov. 6 through 15 in Rodey Theatre located in the Center for the Arts on UNM’s main campus at 203 Cornell Avenue NE.

Chekhov is recognized both as an author of short stories and as a playwright, particularly for four great classic plays, of which “The Seagull” was the first. The premiere was not well received, but its subsequent production by famed director Konstantin Stanislavsky received praise from audiences and critics. Chekhov and Stanislavsky continued to collaborate for The Moscow Art Theatre and their work was the foundation of modern acting technique.

Director Joe Alberti said the themes of “The Seagull” are about, “love and being an artist, and how the two sometimes get intertwined, confused and complicated.” This is Alberti’s first time directing this production, although he has directed “The Three Sisters,” several of Chekhov’s one acts and performed in both “Uncle Vanya” and “The Seagull.”

In describing his approach to this production, Alberti said he is trying something new based on the work he’s doing for his book “The Other Side of Performance: A Pragmatic Approach to Listening for Actors, Directors and Educators.” Alberti said, “Michelangelo is said to have spent two or three months looking at the piece of marble he was going to use to create his Moses… Michelangelo did not build a Moses—he made one emerge. Hence, I see this project as a collaboration among the various teaching artists and students, whose work will undergo many transformations throughout the journey.” 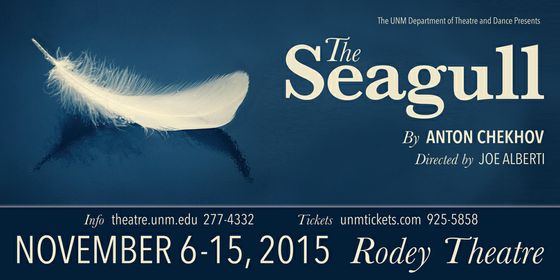 Although Chekov labeled his work a comedy, there are serious aspects of the play. “This play, as do all Chekhov plays, deals with very basic human needs and wants, such as the need for love, positive self-esteem and self-respect,” Alberti said. This production features a dynamic, modern translation by Russian-language scholar and actor Paul Schmidt, whose work has been hailed as the “gold standard” in Russian-English translation.

UNM’s Department of Theatre and Dance is well known for its Design for Performance program, with graduates working professionally throughout the field, often receiving major awards for their work. Design for Performance major Kelly Erickson is creating period costume designs for this production of “The Seagull.” The scenic design is by Assistant Professor Inseung Park and lighting and sound design is by Assistant Professor William Liotta.

Ticket prices are $15 General admission, $12 UNM Faculty & Seniors, and $10 UNM Staff & all Students. Tickets are available at the UNM Ticket Offices located at the UNM Bookstore at Central and Cornell, or the Arena (The Pit) at University and Avenida Caesar Chavez. Tickets may also be purchased online at or by calling 505-925-5858. 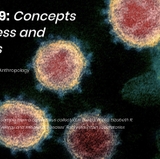