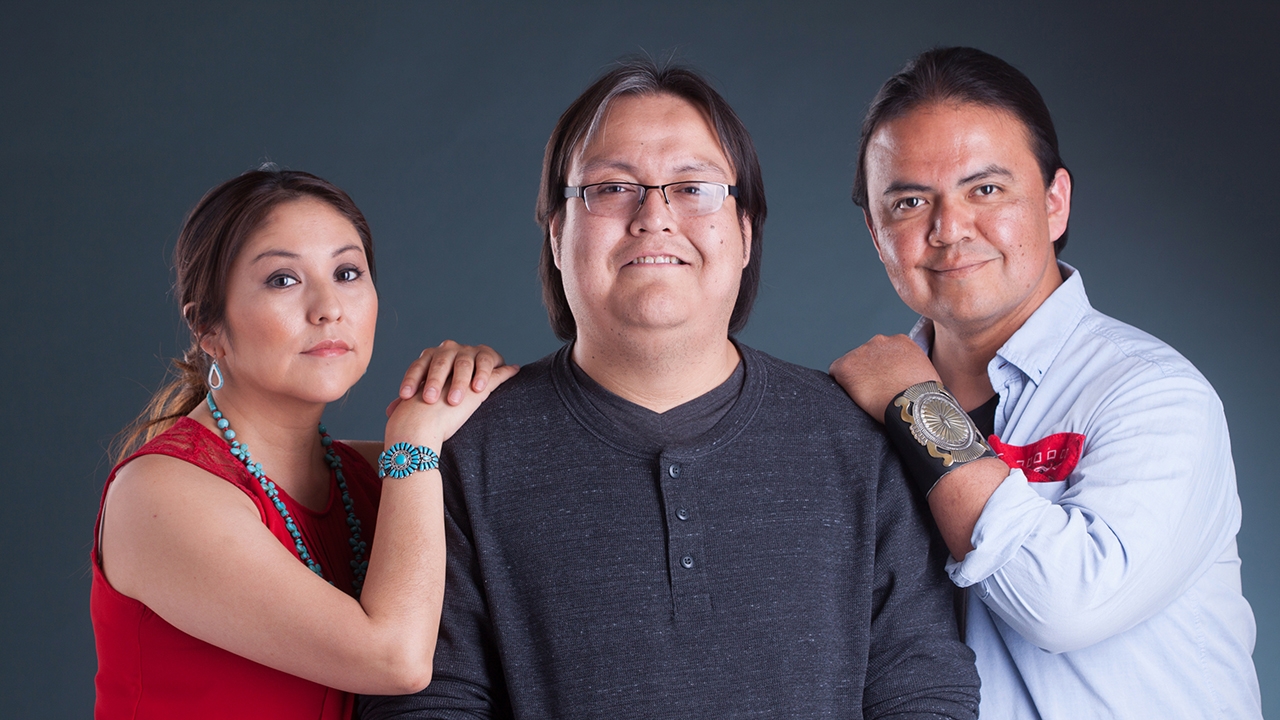 The University of New Mexico’s Department of Theatre and Dance announces the world premiere, 1n2ian (“Indian”) by Jay B. Muskett, a third-year student in UNM’s award winning MFA in Dramatic Writing Program. 1n2ian, directed by Gleason Bauer, will be presented as part of the 2019 Linnell Festival of New Plays, with performances April 11 through 14 in Rodey Theatre on UNM’s Main Campus.

This year’s Festival also includes directed readings of new works by second-year MFA playwrights Aniello Fontano and Nelle Tankus as well as a reading by first-year MFA playwright Shannon Flynn. A special addition the year will be a fully staged new play for young audiences, (Don’t You) Forget About Me, created in collaboration with DATA High School.

1n2ian is the story of two generations of Native Women who live in a town near the reservation. Shell, survivor of an assault by her brother, has a daughter, Dezba, who she’s kept hidden from her father and raised as her aunt. When a series of disappearances of Native women shakes her Indigenous community, Dezba leaves the reservation and goes to the city with her step sister, Georgina.

She is discovered there by her father, Wolfred, and his new friend Dana, a young, tenacious Indigenous chef. Dana and Dezba begin a tumultuous romance, starting a chain of events leading Dezba to confront the truth of her birth. Exposing the frequently-ignored dangers facing Native women, 1in2ian is a bold examination of life for indigenous people in the southwest. UNM is proud to present this important work, performed by a cast of exclusively Native local actors.

WHAT: 1n2ian (Indian), a fully-staged world premiere of a new play by Jay B. Muskett, directed by Guest Artist Gleason Bauer.

Playwright Jay B. Muskett is a Navajo writer, director and occasional thespian from Nakaibitoi New Mexico, located on the Navajo Nation. He is a graduate from Pima Community College in Tucson, Ariz. and UNM, having earned two bachelor’s in Media Arts and Theatre. Among the performances on stage, Muskett also co-directed the short film, Yes is Better than No, which was an American Indian Film Festival selection in 2008.

More recently his plays, Sheepherder’s Special premiered at the New Native Theatre in Minnesota in 2017 and Dance at the Autry in Los Angeles and La Jolla Playhouse in San Diego in 2016. He is currently an adjunct faculty member for the Performing Arts Department at the Institute of American Indian Arts in Santa Fe, N.M.

UNM is delighted to have Bauer as guest director for this premiere of 1n2ian. Bauer is both a theatre educator and an award-winning hybrid theatre artist – director/designer/playwright/producer/actor. She received her BA in Liberal Arts from Sarah Lawrence College and an MFA in Contemporary Performance from Naropa University in Boulder, Colo., where she was introduced to contemplative education, while focusing on devising and directing original material. Prior to graduate school, Bauer was the Artistic Director of Zoo District, a multi-award winning LA theatre company that she helped found in 1997.

The cast of 1n2ian includes Clara Nanontabah as Shell, Sheldon Blackhorse as Dana, Z Echo Eskeets as Georgina, Dawn Ferguson as Mother/First Woman, Kim Gleason as Dezba, JT Mitchell as Donnie, Stanley Shunkamolah as Wolfred, and Vanessa Whitehorse as Requiem/Ensemble. Scenic design is by Christopher Rodriguez, Jr., lighting design is by Katie Gallegos, and costume design is by Tori Whisler. Shannon Parrales is the choreographer, Rachel Nelson-Schille is the Stage Manager.

Also featured in the Linnell Festival of New Plays on April 13 and 14 will be readings of f*cking heathens | or how i learned to die by second year MFA Aniello Fontano (at 2pm) and Slack Water by second year MFA Nelle Tankus (at 4pm.) On April 14 at noon, there will be a reading of Darkroom by first-year MFA Shannon Flynn. Readings are admission free and will be in Rodey Theatre.

A special addition to the Festival this year is the premiere of (Don’t You) Forget About Me, a collaboration between MFA playwrights Shannon Flynn, Aniello Fontano, and Nelle Tankus and the theatre students at DATA High School in Albuquerque. After much hard work by Stephanie Grilo (UNM MFA Playwriting alumnus 2017 and DATA’s theatre teacher), DATA High School was chosen as one of 50 recipients (from 1,000 school applicants around the country) to receive NBC’s $10,000 R.I.S.E. (Recognizing and Inspiring Student Expression) America Grants, designed to assist theater programs with production expenses, technical equipment, master classes and other needs.

A portion of this grant supports this unique collaboration. UNM MFA students met and interviewed a group of Stephanie’s students. The writers then collaboratively generated a one-act play based on the students’ input and interests. The public is invited to a free performance of (Don’t You) Forget About Me, in Rodey Theatre on Saturday, April 13 at noon.

The Linnell Festival of New Plays at UNM provides audiences the opportunity to play a vital role in the continuing development of these exciting new voices, as they step from their academic program towards the professional stage, supported by an outstanding team of directors, actors, designers, and technicians.

Tickets are available at the UNM Ticket Offices located at the UNM Bookstore, Central and Cornell, or the Arena (The Pit), University and Avenida Caesar Chavez, and by calling (505) 925-5858. Tickets may also be purchased online at www.unmtickets.com. The staged readings are admission free.

More information is available online or by calling 277-4332. 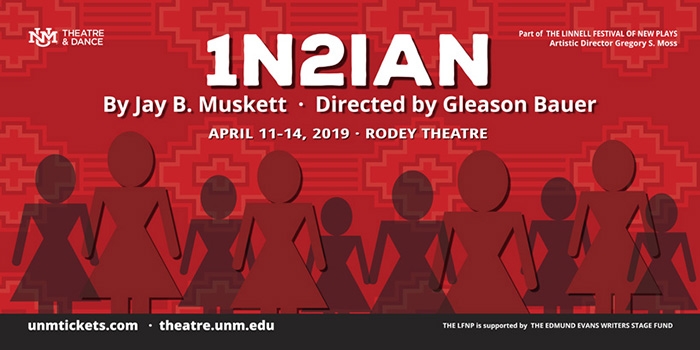