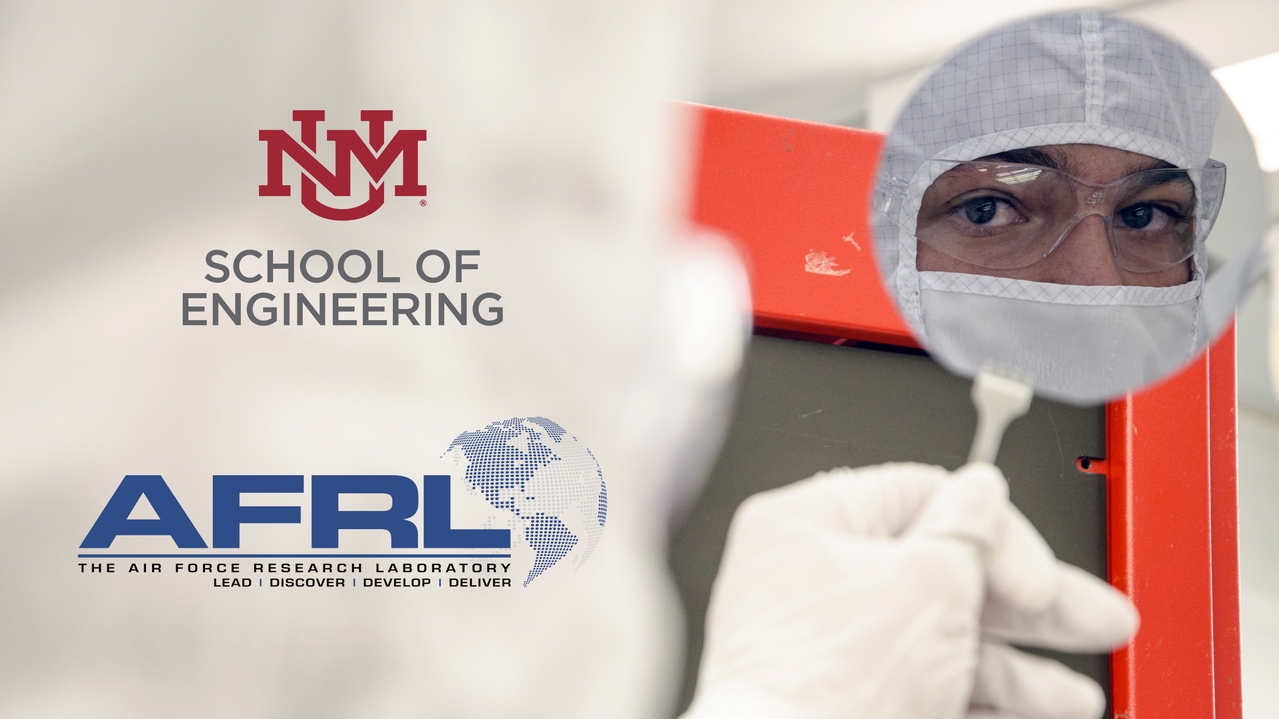 At this very moment, there’s a tower on Sandia Crest sending experimental, high frequency microwaves across the city. Using frequencies outside the range of conventional electronics, this tower is used to collect data on potential electromagnetic signals for future space communications.

It’s a part of the W/V-band Terrestrial Link Experiment (WTLE) concept, from the Air Force Future Space Communications program, currently housed at the University of New Mexico’s COSMIAC research facility. That’s just one project. There are many more. 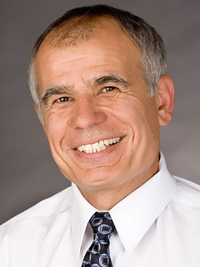 “UNM is heaven for electromagnetics. Not even MIT or Stanford have bigger programs,” says Christos Christodoulou, the Jim and Ellen King Dean of Engineering.

There may be universities with bigger budgets and flashier reputations, but UNM has a secret weapon. Three of the most prestigious research institutes in the nation are in their backyard: Los Alamos National Labs (LANL), Sandia National Laboratories, and the Air Force Research Lab (AFRL). With AFRL in particular, UNM has an agreement to openly share talent, equipment and resources.

“AFRL scientists can use our facilities, and we can use theirs. That doesn’t happen anywhere else,” says Christodoulou. This means that students at a state university get access to multimillion dollar facilities, technology and staff expertise.

COSMIAC, for example, is a UNM research space heavily subsidized by AFRL. Since 2005, the UNM School of Engineering has received close to $30 million in grants from AFRL to advance aerospace research. The technologies being developed at COSMIAC are so refined, they’re being delivered to NASA. A team recently developed the RHEME: a dosimeter that measures memory upsets from radiation exposure. It’s now onboard the International Space Station. There’s also the decades-long work in nanosatellites. UNM students have a direct hand in launching small CubeSats into orbit; the latest iteration, the SPARC-1, is expected to launch in 2019.

This access to cutting edge technologies, equipment and on-the-ground research is unparalleled, Christodoulou says. He admits that if the School of Engineering needs to teach a special course on the latest optical spectroscopy or radiation hardening, they bring in AFRL researchers to help. “These people have direct, real-life experiences in applied electromagnetics that we academics might not have. It’s amazing, the best in the business come and teach our students, and their offices are only 15 minutes away from campus.”

With offices so close by, they also share equipment and lab space. In fact, UNM is the happy recipient of many AFRL hand-me-downs, such as high power microwave and radio frequency equipment and 3D printers, all worth hundreds of thousands of dollars.

“The guys at 3D Glass used our network analyzer and cascade probe for prototyping—equipment they could never have afforded in their startup phase,” Christodoulou says.

This year 3D Glass Solutions is moving into a new $23 million factory. And they are only one of many startups who found the support, access and encouragement they needed at UNM to introduce aerospace products to the market.

This symbiosis has deep implications for the city’s larger economic ecosystem. Small business is attracted to the UNM/AFRL collaboration not only for prototyping equipment and startup resources, but also a motivated, knowledge-hungry student body.

The workforce pipeline is one of the most far-reaching advantages of the partnership, Christodoulou says. A major portion of the COSMIAC’s UNM charter is the acceleration and incubation of business in New Mexico. COSMIAC hosts small businesses on all three floors of the building. Tenants include tOSC, a company specializing in atmospheric turbulence measurement, and Slingshot Aerospace, experts in space situation awareness and artificial intelligence. Many of these businesses were created by UNM alumni, and hire directly from the UNM graduate pool.

“Students are getting degrees here, then they’re getting job offers,” he says. “When AFRL, LANL and Sandia Labs are only 15 minutes away why would they go anywhere else?”

Republished with permission from City Alive.