University of New Mexico Distinguished Professor of American Studies Gerald Vizenor is the recipient of the 2011 American Book Award for Shrouds of White Earth. The award is presented by the Before Columbus Foundation. The book is about contemporary Native American Indian artist Dogroy Beaulieu, who reveals his story to a native writer.

Dogroy is a painter by nature, an intuitive visionary artist. He creates shrouds of sacrificed and crucified animals and birds, the faint traces of natural motion on linen, at his studio on the White Earth Nation in Minnesota. The very sight of the shrouds torments the traditional fascists on the reservation, and the faint traces of native totems haunt the patrons of galleries and curators of museums. "I create traces of totemic creatures, paint visionary characters in magical flight, native scenes in the bright colors of survivance," Dogroy declares.

His artistic sentiments and shamanic tribute to the shrouds, however, do not protect him from envious enemies on the reservation. Dogroy is banished by casino politicians, in flagrant violation of the new Constitution of the White Earth Nation for his artistic tease, his baroque mockery and his ironic portrayals.

This unforgettable journey of discovery and creativity ranks as one of the finest stories from the pen of the irresistibly witty and insightful Gerald Vizenor.

"The inventor of invention rides again. In this book, the master trickster takes on the disciplines of visual art, narrative, and song in his ongoing campaign against victimry, to set natives upright and to insure the truth of native survival. Gerald Vizenor is the healer of irony with his focus on the native paradigm. What a pleasure to ride into Vizenorland, where colors spread and horses fly. Vizenor is my chosen composer of words." — Diane Glancy, author The Reason for Crows 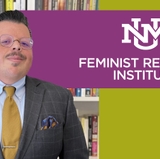 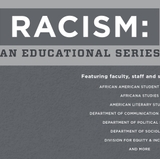