The Family Development Program in the University of New Mexico's College of Education has initiated a new project titled, Circles of Support, a major system-building initiative strategically designed to build a strong foundation for early childhood education within a community school, aimed at closing the achievement gap for vulnerable children.

"Circles of Support provides outreach services at both a system-wide and place-based neighborhood level to address inequities for children and their families that compromise children's success in school," said Lois Vermilya, program director, Family Development Program.

The Circles of Support project provides comprehensive professional development for Mind in the Making through integration of seven essential skills (7ES) for school readiness and academic success. FDP works closely with the ABC Community Schools Partnership (ABC) and the Early Childhood Accountability Partnership (ECAP), a network group of early childhood leaders who represent multiple disciplines and programs serving Bernalillo County, who together are developing collective impact strategies to align investments for underserved children and their families. FDP has also partnered with ABC, local school leadership and ECAP to focus attention on a continuum of early learning, birth into elementary school, adding value to strategic goals of ABC as a collaborative investment.

"The goal of the Family Development Program (FDP) is to build authentic relationships throughout the community that engender a shared knowledge of the science of early learning with an emphasis on play as how children naturally learn," said Vermilya.

FDP's philosophy promotes a belief that partnering for school success begins at birth.

Strategies include:
• Developing an understanding of essential skills of early learning through integrated professional development of Mind in the Making, FDP's Watch Me Play learning series, and the Nurtured Heart Approach;
• Active engagement of parents, families, and grandparents as true educational partners by assuring they have equal access to high quality child development information and best practices;
• Strategic outreach to neighborhood early childhood services (including early learning centers, Headstart, community programs and public health clinics) as essential assets for community schools, cultivating partnerships for school success;
• A yearlong Neighborhood Leadership Academy that engages informal leaders, (especially parents and grandparents) to work collaboratively with community school staff and other civic leaders toward goals that foster partnerships between families, their neighborhoods and their community school in support of early learning.

"Circles of Support has been carefully designed to ‘push up' developmentally appropriate practice by engaging a broad range of adults from many different circles and levels of leadership within a neighborhood, to share the same understanding of how children learn based on the science of child development," said Vermilya. "The initiative is also intricately involved in both articulating in theory and then working to apply in practice new strategies for early childhood alignment, systems development and collective impact."

The Family Development Program operates from a history and framework based in human rights and equity. FDP focuses its program through two core strategies that have endured throughout its 26-year history and are creatively pursued with intentionality including providing the highest quality early childhood training that supports educators/ families and helps raise knowledge, skills and awareness on the importance of early childhood development, and secondly, bridge building through a strong practice of honoring relationships and partnerships.

The W.K. Kellogg Foundation, established in 1930, supports children, families and communities as they strengthen and create conditions that propel vulnerable children to achieve success as individuals and as contributors to the larger community and society. Grants are concentrated in the United States, Latin America and the Caribbean, and southern Africa. 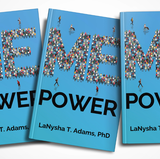