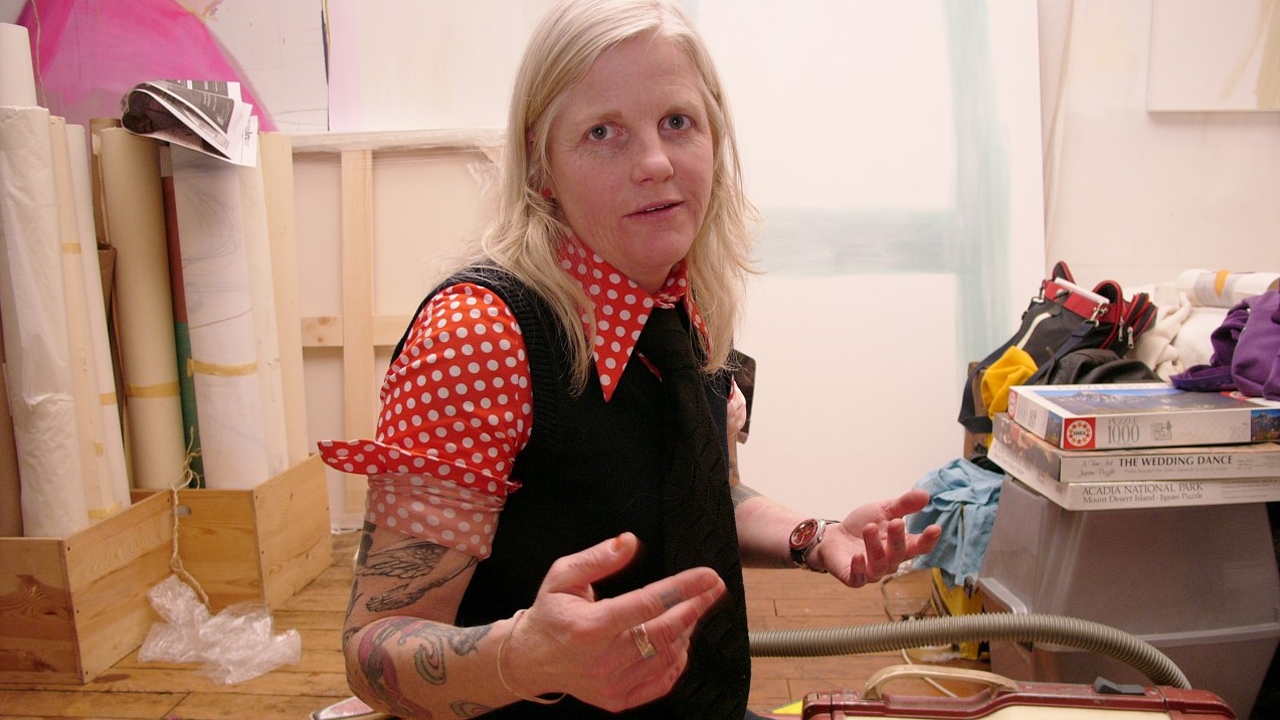 The UNM Department of Art announced that Xylor Jane has been selected as the Frederick Hammersley Visiting Artist for 2019.

Jane, an artist based in Greenfield, Massachusetts, is in residency at The University of New Mexico in the Spring 2019 Semester. Jane will give a public lecture discussing personal practice, influences, interests and experiences on April 24 at 7 p.m. at the Albuquerque Museum in the main lobby auditorium and will hosts an open studio on May 2 from 6 p.m. to 8 p.m. at the UNM Art Annex. Both events are free and open to the public.

Frederick Hammersley spent most of his formative years, time as a student and early career in California, where he garnered a reputation as an important abstract painter in the west coast art scene and became a prominent figure in the genre of mid-century hard-edged abstraction. In 1968, Hammersley moved to New Mexico and accepted a teaching appointment at The University of New Mexico. Hammersley resigned from teaching in 1971 but continued to live and work in Albuquerque for the remainder of his life.

Through this program, visiting artists are provided with a beautiful studio to work in close proximity to Department of Art graduate students. In addition to conducting studio visits with the Fine Arts Graduate candidates, the Visiting artists have several points of contact with UNM students and the local community, including a public lecture, workshops and an open studio event.

Jane is an American artist with a BFA in Painting from the San Francisco Art Institute. Through the integration of mathematics, prime numbers, puzzles, patterns and optical illusions, movement created within the paintings force viewers to spend time solving the patterns Jane has created through precision and pure mathematics.