A chemistry professor at The University of New Mexico is building synthetic molecules that would revolutionize data storage capacity.

Those molecules, along with a variety of other applications, could be used to develop three dimensional holographic information storage, a technology requiring expertise in not only chemistry to build the molecules, but optical physics to test them.

Dr. Jeffery Rack, a physical chemist, is leading this project at UNM with the help of graduate, undergraduate and postdoctoral students. 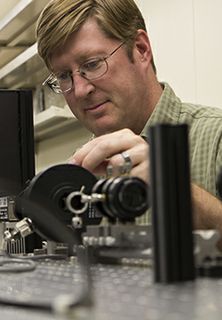 “We are hoping that by using these existing non-linear optical spectroscopic techniques, that we can combine them with molecules and materials that we’re making in our labs and create new photorefractive materials,” explained Rack.

With the molecules Rack is developing, users would be able to store data in a new and improved way. Essentially, the molecules could be applied to the back of a polycarbonate disc, and using an optical laser, a holographic third dimension of that disk could be accessed, increasing its storage capacity by a factor of about 1,000; meaning a five gigabit DVD would be able to hold 5,000 gigabits of data with this new method.

Rack and his team have been able to create a new class of photochromic materials with photorefractive properties to achieve the desired holographic storage capability. Right now, the research group is working on a way house those molecules in an easy-to-work-with form. 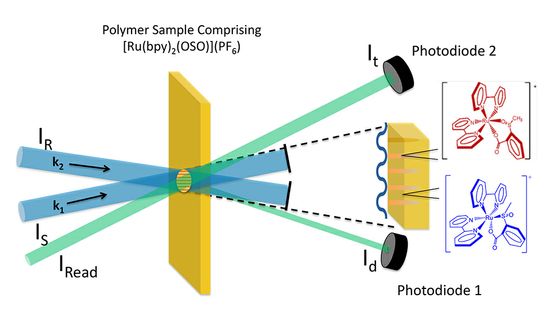 The yellow block in this diagram is where the photorefractive material is stored. A green beam (optical laser) is passed through the sample (lower left to upper right), creating a new green beam (holographic third dimension) where information is stored. The two blue beams write the data as they pass through the material.

Given the interdisciplinary nature of Rack’s research, the proposal of a new Physics, Astronomy & Interdisciplinary Science (PAIS) facility is something he believes would help this project continue to evolve.

PAIS, a new state-of-the-art high-research center, is slated to be constructed at the site of an existing City of Albuquerque water reservoir, just north of Central Ave. between Yale Blvd. and Cornell Dr.

The 137,000 sq. foot facility will have research labs, classrooms, office space and modern infrastructure to support projects being done by a variety of scientists from several different disciplines.

Rack said it’s PAIS’s focus on interdisciplinary science that is the single biggest benefit for his project. Being able to work in close proximity with researchers from different departments, including physics, is something he believes will give his team and UNM an edge.

“PAIS would a great development for this project,” he said. “The facility would house optical physicists who could help me make these measurements better, as well as a variety of other researchers who would add other expertise to this research and many more projects.”

The new building could also have big funding implications for the University, according to Rack. He says many of the funding agencies, including the National Science Foundation, are supporting fewer and fewer single PI (principal investigator) efforts, instead looking at more collaborative group efforts to solve problems that require more brains in the lab. 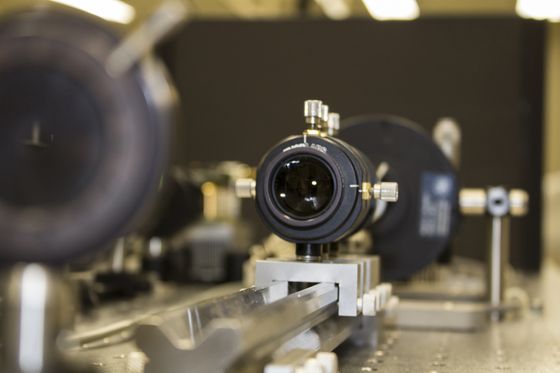 Using physics and optics to test materials made using chemistry, Rack's lab is interdisciplinary by nature.

He also believes the facility would help attract more students to UNM looking for an education that doesn’t just focus on one area.

Along with those overarching benefits, Rack is also excited for the state-of-the-art lab space that will ensure his optics equipment works correctly.

“Not only will we have the infrastructure to collect really nice data but we will be in an environment where we can run into people who are working on similar and related problems,” he said. “And for students that will be a real benefit because it gives them a chance to learn from other students.”