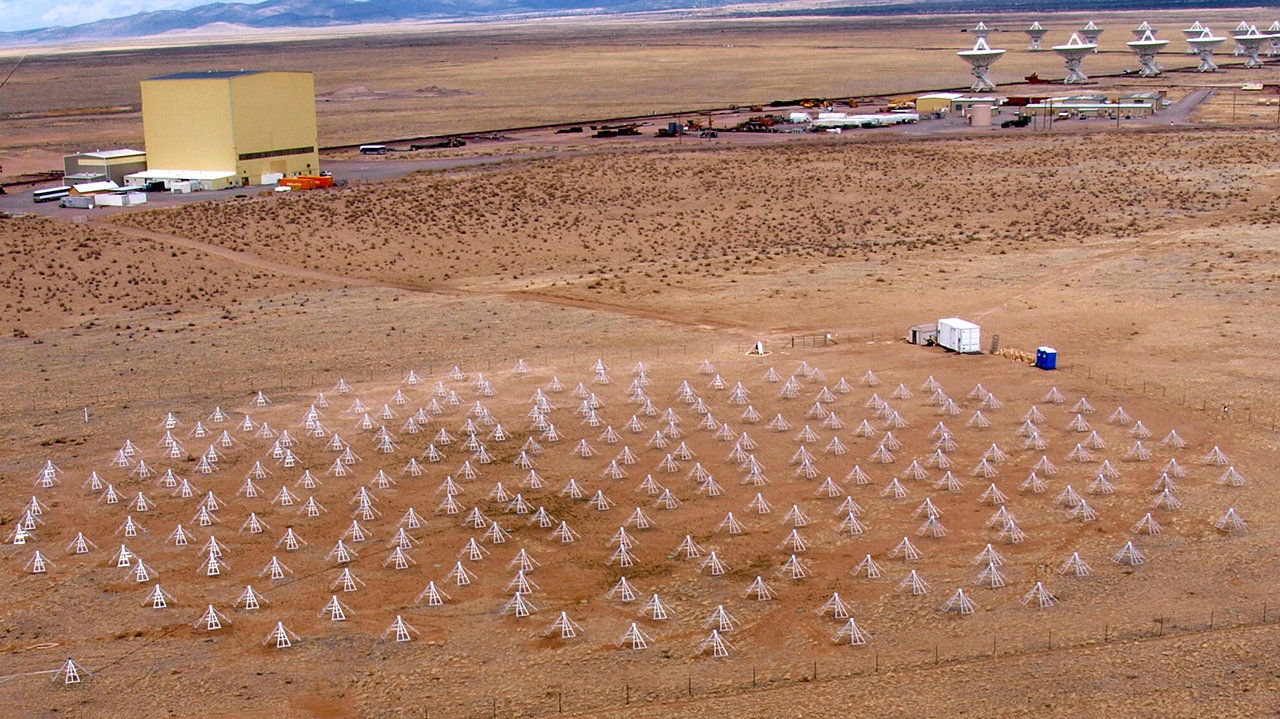 Located in New Mexico on the plains of San Agustin in Socorro County, the Long Wavelength Array, or LWA, is a radio telescope with a broad scientific portfolio. 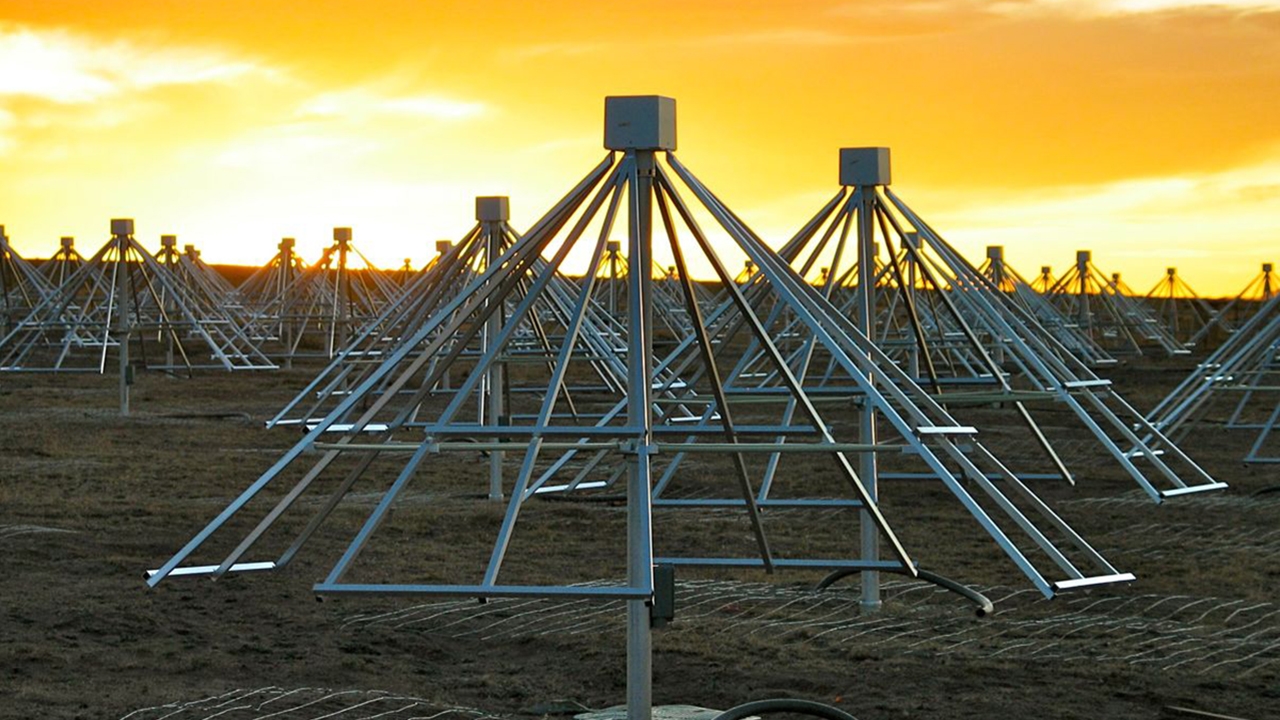 view of the Long Wavelength Array.

GPUs render the beautiful graphic displays in games found on modern computers, including cell phones and tablets. The software, known as Bifrost, provides a collection of software building blocks that can be put together to process streams of data in a highly parallel fashion. For example, Bifrost is currently in use at the Long Wavelength Array (LWA). The LWA is a radio telescope for exploration of a broad scientific portfolio ranging from the study of Cosmic Dawn, when the stars and galaxies lit up the universe, to understanding the properties of the Earth’s ionosphere.

The idea scientists have been working with is that the Bifrost system can make Central Processing Units (CPUs) and GPUs work together on machines in order to perform data acquisition and processing. Bifrost provides an easy path to deploy systems in a stand-alone fashion, in order to help facilitate the deployment of infrastructure, while also being a configurable project that makes use of off-the-shelf components to allow users to easily customize the environment to fit their needs. 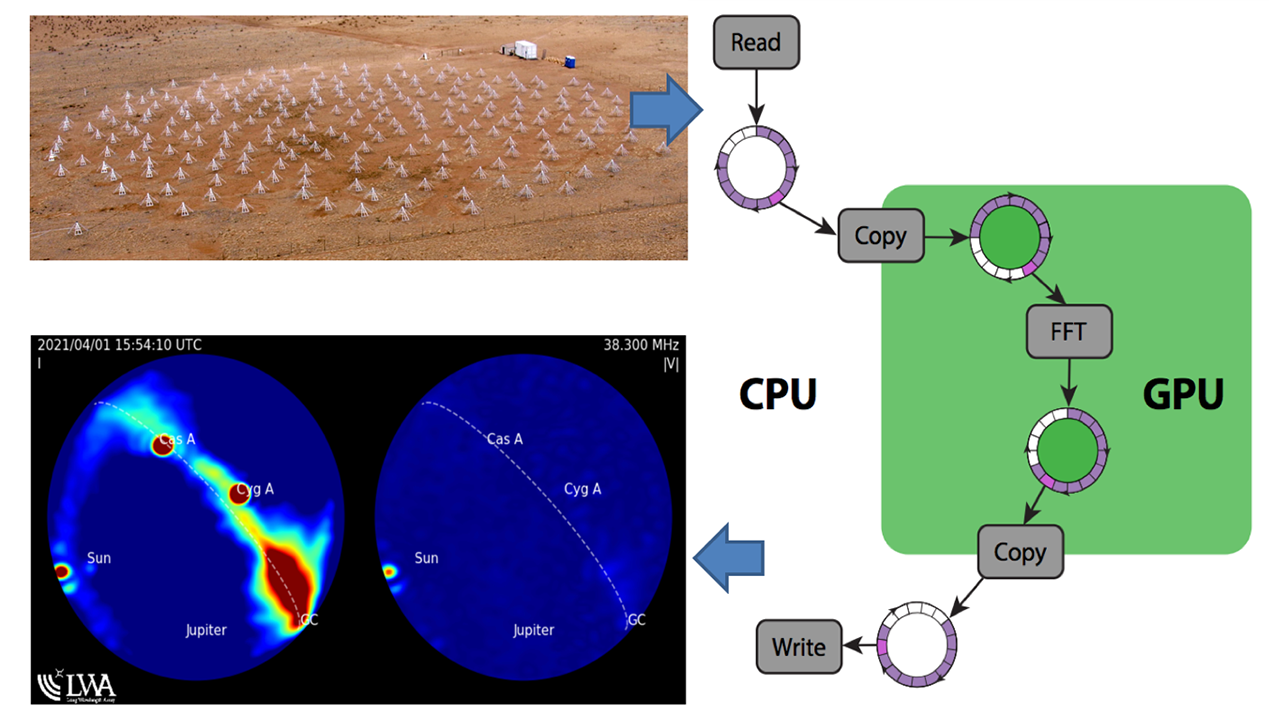 UNM researchers are developing software that takes advantage of GPUs that create beautiful graphic displays for capturing and processing data from astronomical telescopes.

“We are developing software that takes advantage of these same GPUs for capturing and processing data from astronomical telescopes,” said UNM Department of Physics and Astronomy Professor Greg Taylor. “This allows us to benefit from all the years of effort spent developing these powerful computational tools.”

About five years ago Taylor’s group adopted a commodity equipment design for the second LWA station (LWA-SV) which makes use of computing servers with GPUs to handle the data capture, beamforming, and correlation at the station level. Previously these functions were taken on by dedicated hardware referred to as the digital processor. However, this custom-hardware design lacked flexibility, was expensive to build and maintain, and couldn’t be easily replicated for future LWA stations. In contrast, the commodity approach is easier to maintain, much more flexible and expandable, and can be readily adapted to new LWA stations.

“We decided to go with this commodity approach where we take standard computer servers, but then we run this Bifrost software to take care of that huge challenge with the data, do all the capture, then correlate and form beams. And the wonderful thing about it is that at the end of the day, you can modify it.”

In the past, researchers approached Taylor’s group with great ideas, but unfortunately, the previous system was so rigid they couldn’t adapt in order to implement new things to try them out.

“Bifrost allows us to do these kinds of small-scale tests to look at new ideas,” said Jayce Dowell, research faculty in the Department of Physics and Astronomy. “If they look like they're viable, then we can go through and do larger tasks or more specific implementations. If something were to happen to that first system, which did not use Bifrost, and we were to lose more than one board, then that would kind of shut that down until we could replace it. The original system had sort of zero growth paths and just worked for this one system. It'll work until it stops and then it's over.

“By switching to commodity hardware and Bifrost, we can go out and buy replacement parts and due to advances the industry has done, it's almost guaranteed that whatever new part we buy is going to be better than the part it's replacing. That’s really nice because that also allows you to think about growing your capabilities over time.”

With this award, Taylor, Dowell and their collaborators will continue to develop Bifrost to make it both more powerful using recent advances in GPUs and high-performance networking and easier to use for other telescopes.

“Eventually we aim for Bifrost to be available as a more general-purpose framework that can be applied to other areas of research projects beyond telescopes wherever large streams of data need to be processed in real-time,” said Taylor. “The goal for Bifrost is to give people these kinds of computational building blocks so they can do what they need and make it relatively easy for them to build. It's worked for us and we're trying to make it work for other people and maybe even beyond astronomy.”

In addition to Taylor, other researchers involved include Research Faculty Jayce Dowell, Department of Physics and Astronomy, and Professor Christopher League in the Department of Computer Science at LIU.