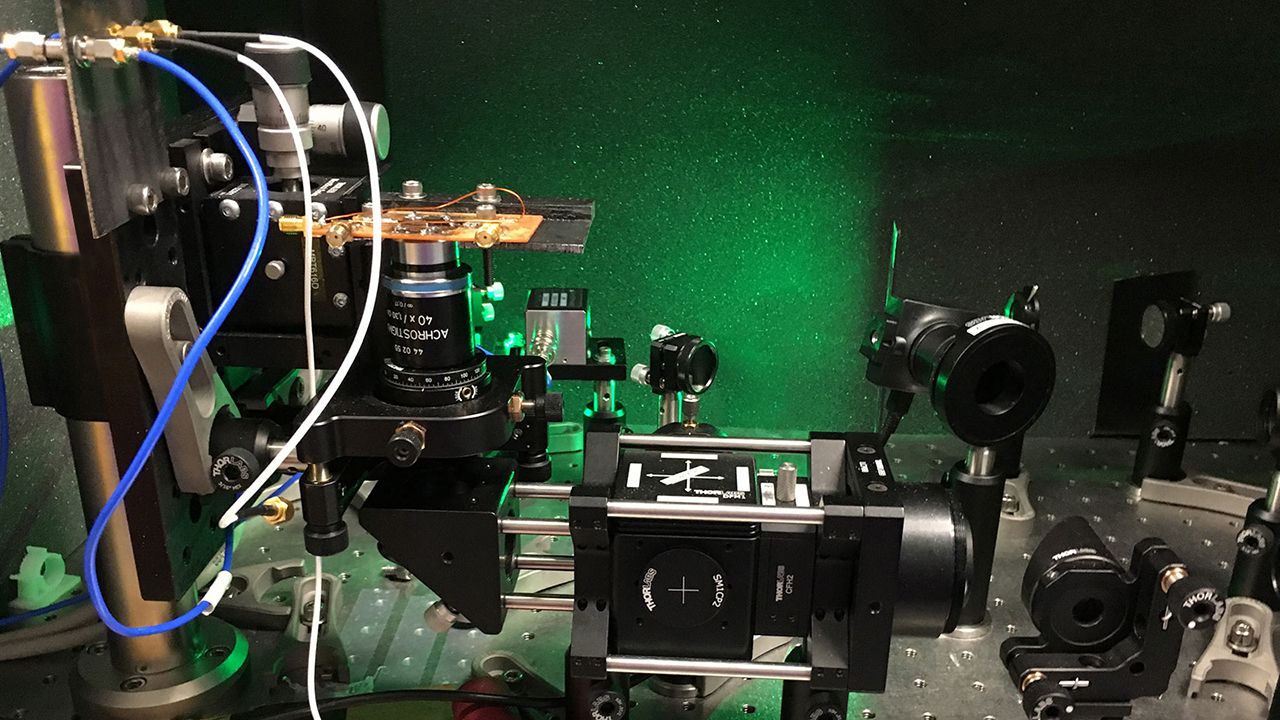 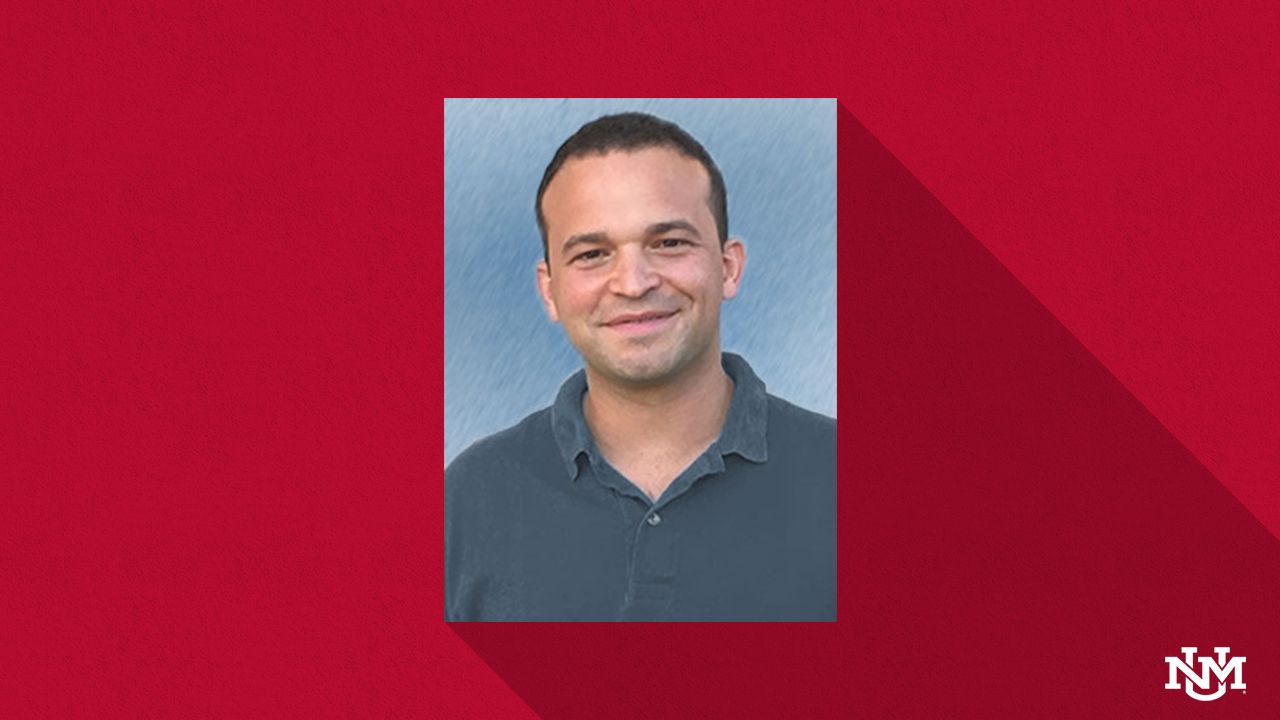 UNM Assistant Professor Victor Acosta has been awarded the prestigious 'Young Investigator Award' from the Arnold and Mable Beckman Foundation. 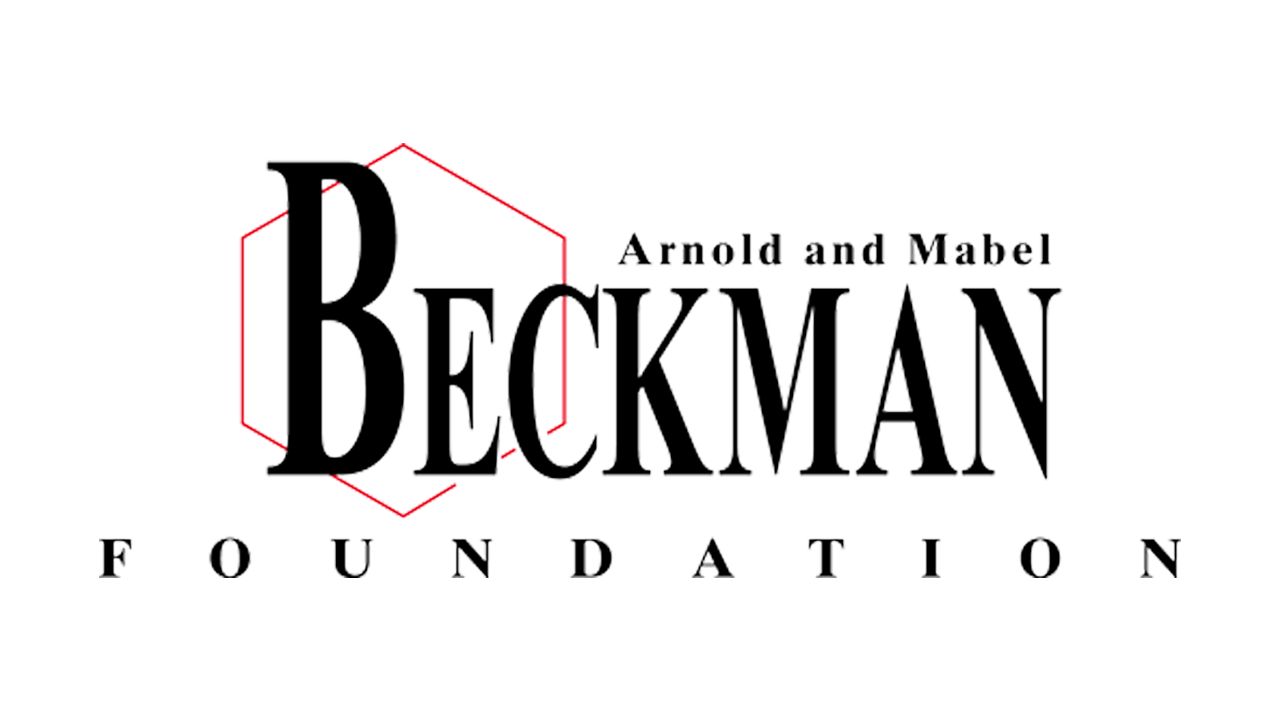 The Arnold and Mabel Beckman Foundation funds innovative ideas in scientific research, with support for education.

University of New Mexico Physics & Astronomy assistant professor Victor Acosta is the recipient of one of only eight Beckman “Young Investigator Awards” issued in 2017 by The Arnold and Mabel Beckman Foundation. The award is designed to fund projects that aim to revolutionize their scientific fields. Acosta was recognized for his research project, “Magnetic Resonance Spectroscopy on a Diamond Chip.”

The award is in the amount of $750,000, to begin Sept. 1, 2017, and will be distributed over four years. The Arnold and Mabel Beckman Foundation funds innovative ideas in scientific research, with support for education. The Beckman Young Investigator Program was established in 1991 and is intended to provide research support to the most promising young faculty members in the early stages of their academic careers to foster the inventions that will open up new avenues of research in science. Acosta presented a poster on the research and accepted the award in person at the 2017 Beckman Symposium, held in Irvine, CA.

Acosta’s research group, the Quantum Nanophotonics and Biosensing Team, specializes in using color centers in diamonds to study nanoscale phenomena in biological systems. For the Beckman project, the group is developing a new type of magnetic resonance sensor. The sensor is based on laser interrogation of diamond nanostructure, to detect the type and behavior of complex molecules in their natural environment.

This can be applied to the rapid analysis of proteins and metabolites in cell systems biology, as well as for diagnosis and fundamental studies of malaria through its magnetic signatures.

While a microscope takes optical images, diamond nuclear magnetic resonance (NMR) spectroscopy can produce images of individual cells that reveal their underlying molecular composition without altering the cells in any way.

Detection of biomolecules at 100 times greater sensitivity than current device
The sensor is structured to increase the total contact area with the sample, causing a boost in the diamond NMR signal and reduction in acquisition time. This allows for sensitive detection of sub-nanoliter volumes of trace samples under a wide variety of environmental conditions. In addition, this technique is capable of being employed in low magnetic fields to detect nuclear quadrupole resonance (NQR), making it possible to detect extremely small trace quantities of analytes (e.g. nanograms of powder).

An example of an application for the use of non-invasive molecular detection may be found in the analysis of samples for clinical trials in the development of new drugs or treatments. In the testing phase of development, scientists typically administer a dose to a trial population — humans for clinical trials or small animals for pre-clinical trials. Then, blood or urine samples are drawn at timed intervals. These samples are currently examined using NMR, as well as other techniques like mass spectrometry, to determine their molecular composition. The analysis is used to determine whether the treatment was effective or if it had side effects.

In general, conventional NMR machines in use today lack the sensitivity to image the individual samples in the trials. The bodily fluid samples are typically small, especially in the small animal trials.

The diamond NMR platform in development by Acosta’s team improves by a factor of about 100 upon the sensitivity of currently available NMR platforms. (See Acosta’s recent publication in Nature Communications.) With further improvements, sensitivity could possibly be increased to up to 10,000 times upon current devices. The technology could be a game-changer in drug development by enabling non-invasive molecular analysis of tiny (picoliter) fluid samples.

The laboratory work will be performed at UNM’s Center for High Technology Materials (CHTM), an internationally recognized center of excellence in photonics with a reputation for inventing disruptive nanoscale technologies. Acosta introduced the first diamond NMR Spectroscopy setup at CHTM, and there are now three in operation at the Center.