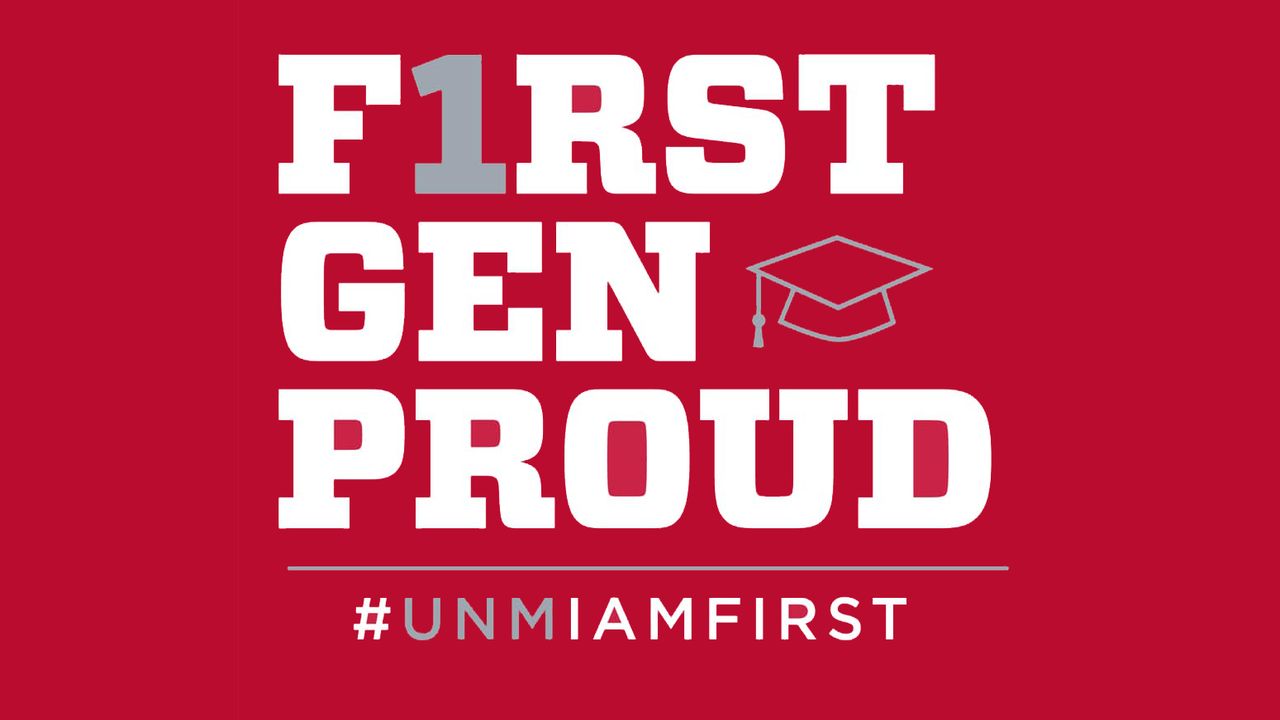 You are not alone: supporting first generation students

“I am first-generation.” That is the phrase used by 34 percent of college undergraduates in the United States to identify themselves as the first in their family to attend college.

To honor these trailblazing scholars, The University of New Mexico is joining many college campuses nationwide to mark 53 years since the passing of Higher Education Act of 1965, which has helped countless low-income students become the first in their families to earn college degrees.

“College was untraveled grounds for my family. I am the oldest of the siblings and I was a minority among minorities,” said Blue-Sky Hill, director for UNM Student Support Services-TRIO (SSS). “I wasn’t sure how to survive college and was in an emotional place that manifested itself as loneliness.”

Blue-Sky Hill, a member of the Cochiti Pueblo community, says the resources at UNM were essential in helping her through those difficult semesters. Years later, she now helps organize the First-Generation Celebration in order to aid students who are facing the same struggles she did.

The inaugural First-Generation Celebration was held last year in part with the Council for Opportunity in Education, and the Center for First-Generation Success program with the National Association of Student Personnel Administrators (NASPA).

“It was a huge success nationwide and so they have decided to have a celebration every year,” Blue-Sky Hill said.

The SSS program at UNM assists 160 of the University’s undergraduate students who are first-generation, low-income and/or have a documented disability. Many of the students they serve go on to give back to the program through mentorship and advisement

Tamara Martinez, a current SSS advisor, earned her undergraduate degree while participating in the SSS and Ronald E. McNair programs and is on track to earn her graduate degree by the end of this semester.

“I wouldn’t be here without these programs,” she said.