By Carolyn Gonzales March 18, 2013
The 2013 John Donald Robb Composers' Symposium takes place Sunday, March 24 through Wednesday, March 27 at the University of New Mexico. This year's symposium explores the intersection of music and movement. In honor of its 100th anniversary, Igor Stravinsky's ballet and orchestral work Rite of Spring will be celebrated.

Stravinsky was a virtually unknown composer when the Rite of Spring (Le Sacre du Printemps), was first performed in 1913 in Paris by the Ballets Russe. Both the concept and the music were considered groundbreaking at the time, and the composition helped secure Stravinsky's position as one of the most influential and important composers of the 20th century.

Every year, the festival, presented by the Music Department at the University of New Mexico and the UNM John Donald Robb Musical Trust, brings together accomplished composers and musicians from around the world in an innovative, boundary-shifting musical event.

Complementing a concert every evening will be master classes, lectures and additional concerts during the day. All events are free and open to the public.

A comprehensive schedule of events can be found on the Robb Trust website. 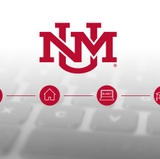 Unprecedented: Lobos describe a year of virtual services at UNM