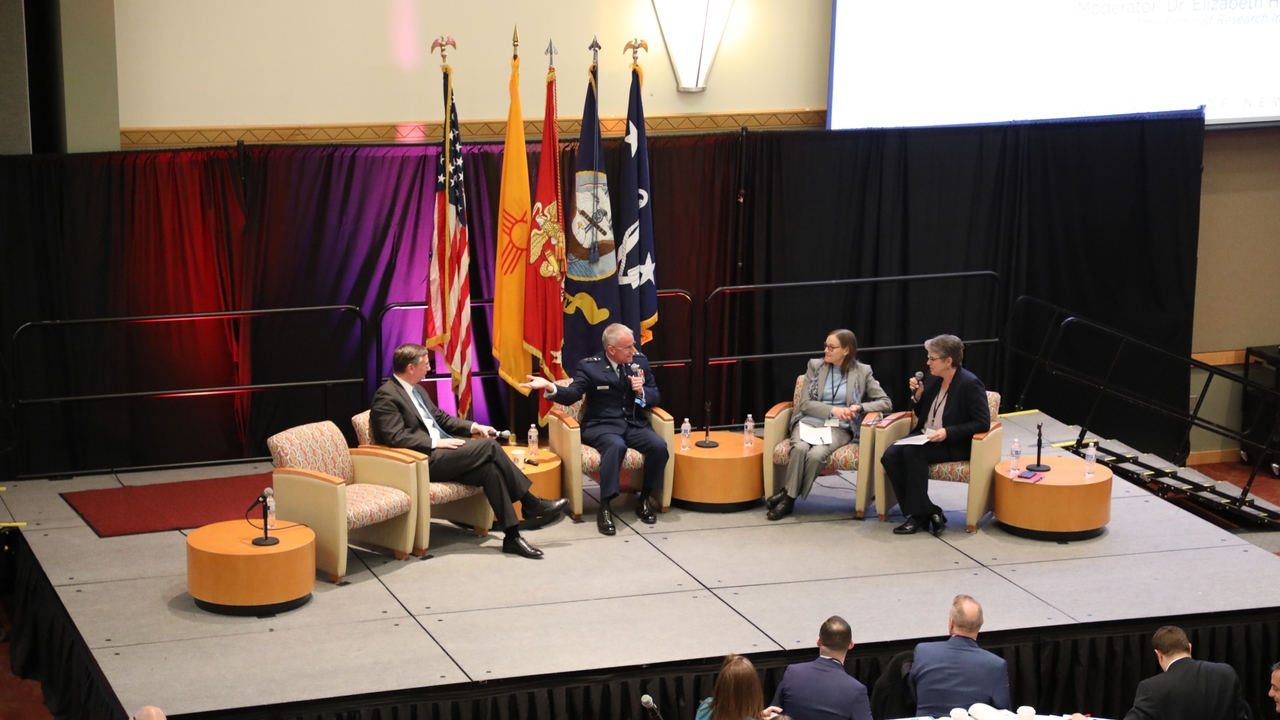 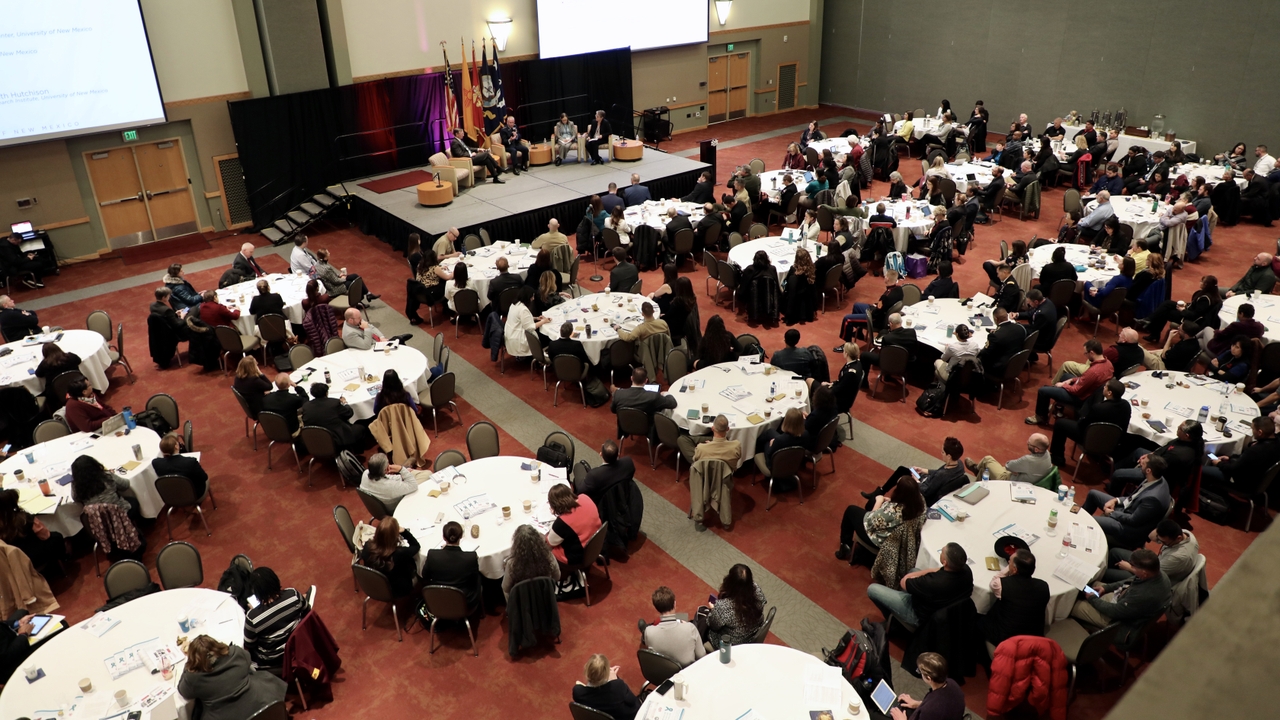 300 seats filled SUB Ballrooms A and B, with very few vacancies. 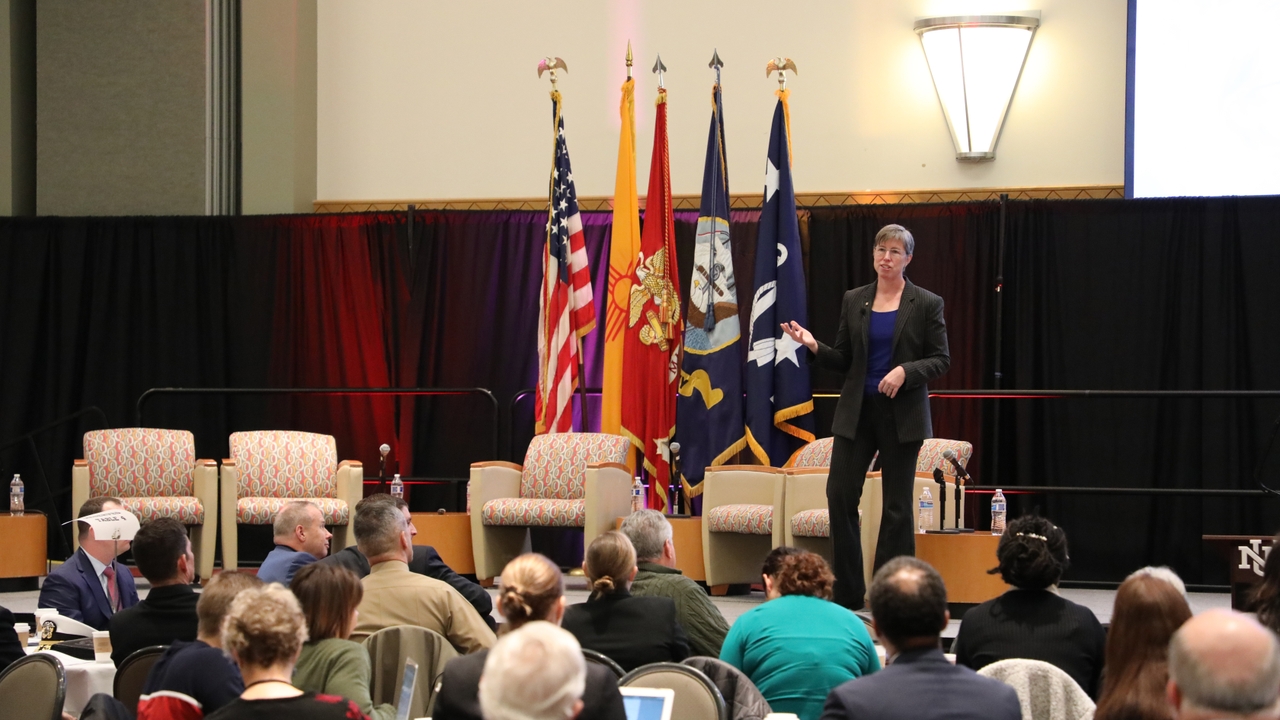 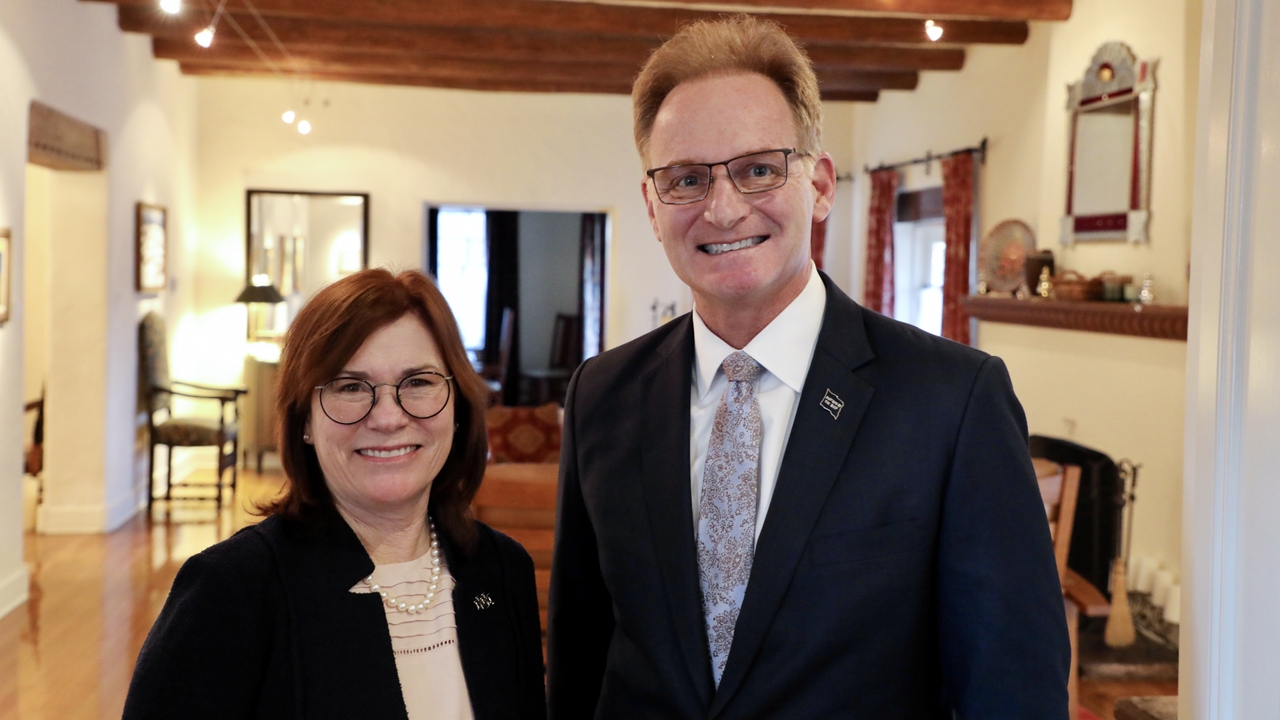 The University of New Mexico hosted community, military and academic leaders from across North America for a Discussion on Sexual Assault and Sexual Harassment at America’s Colleges, Universities and Service Academies. The regional conference, only the second to be held in the country, was co-hosted by the Department of the Navy.

Nearly 300 people registered to attend, with almost 200 more watching the livestream online. Eighteen U.S. states and Ontario, Canada were represented, along with members of the Pentagon, Department of National Defence in Ottawa and Vice Chief of Defence staff.

UNM President Garnett S. Stokes and Acting Secretary of the Navy Thomas B. Modly gave the opening remarks – encouraging attendees to exchange ideas and collaborate on ways to drive down incidence of sexual assault and sexual harassment at the nation’s colleges and universities.

“We are grateful that the Navy has linked arms with UNM to create a place where we can all share best practices, share our experiences, and synchronize our data in the name of our shared goal: the reduction – and, ideally, prevention – of sexual misconduct and violence,” President Stokes said. “This room is filled with some of our best minds and smartest leaders, I am looking forward to spending the day listening to, and learning from, all of you.”

Modly urged the audience to look “below the horizon” and find young people who will continue sustaining the efforts started by groups like those gathered.

“We heard today about how victims are still very reticent to come forward because they don’t feel it’s safe or they feel ashamed,” said Modly. “We have to reinforce to everybody that you have to saddle up to people like that – regardless to the risks to yourself, to your career, to how you’ll be perceived by your peers. You have to saddle up to people who are hurting because you never know what precious cargo is inside that person that’s going to survive and change the world.”

Elizabeth L. Hillman, president of Mills College, gave the keynote address titled ‘Promise and Peril.’ During the 45 minute talk, she discussed a 2018 report from the National Academies of Sciences, Engineering, and Medicine on Sexual Harassment of Women. Through surveys, experiments, interviews, case studies and qualitative analysis, the report looked at nearly four decades of research on sexual harassment. It found between 20 percent and 50 percent of female students and more than 50 percent of female faculty and staff experienced sexually harassing behavior while in academia. According to Hillman, other key findings included:

Following the release of the report, the National Academies of Sciences, Engineering, and Medicine, along with institutions of higher education across the country and including UNM, committed to an Action Collaborative on Preventing Sexual Harassment in Higher Education. The aim of the action collaborative is to raise awareness about sexual harassment, while sharing evidence-based policies and strategies for reducing and preventing it. The action collaborative is also working to gather research results from across institutions and develop a standard for measuring progress toward reducing and preventing sexual harassment on college and university campuses.

UNM was approached about co-hosting the regional conference after attending the national summit at the United States Naval Academy last April, held by the Department of the Navy’s Sexual Assault Prevention and Response office. The next national conference is taking place in April 2020 at West Point.