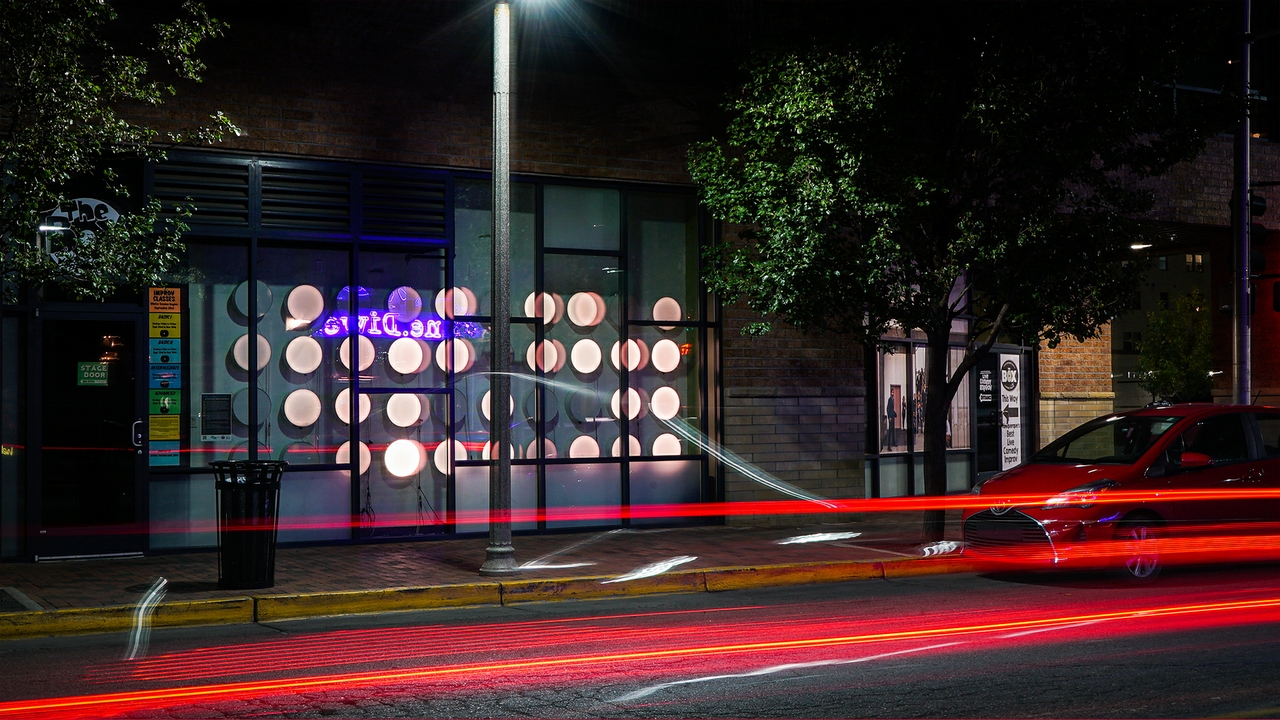 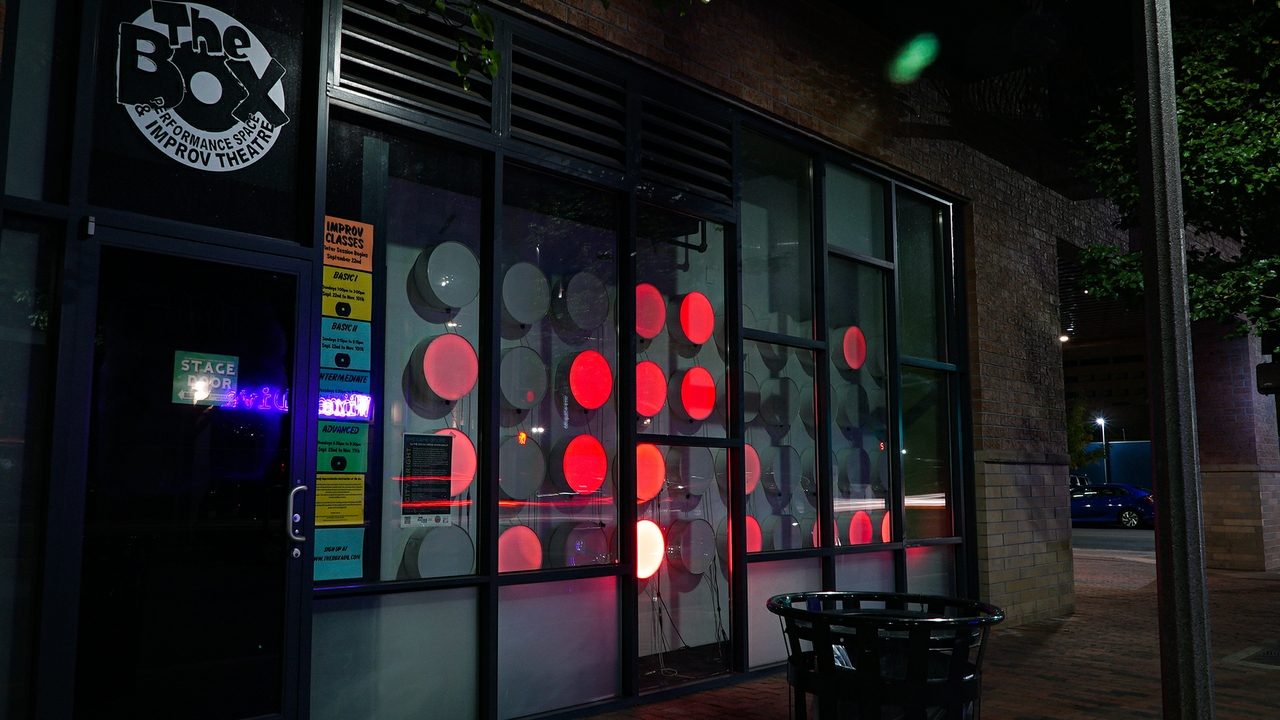 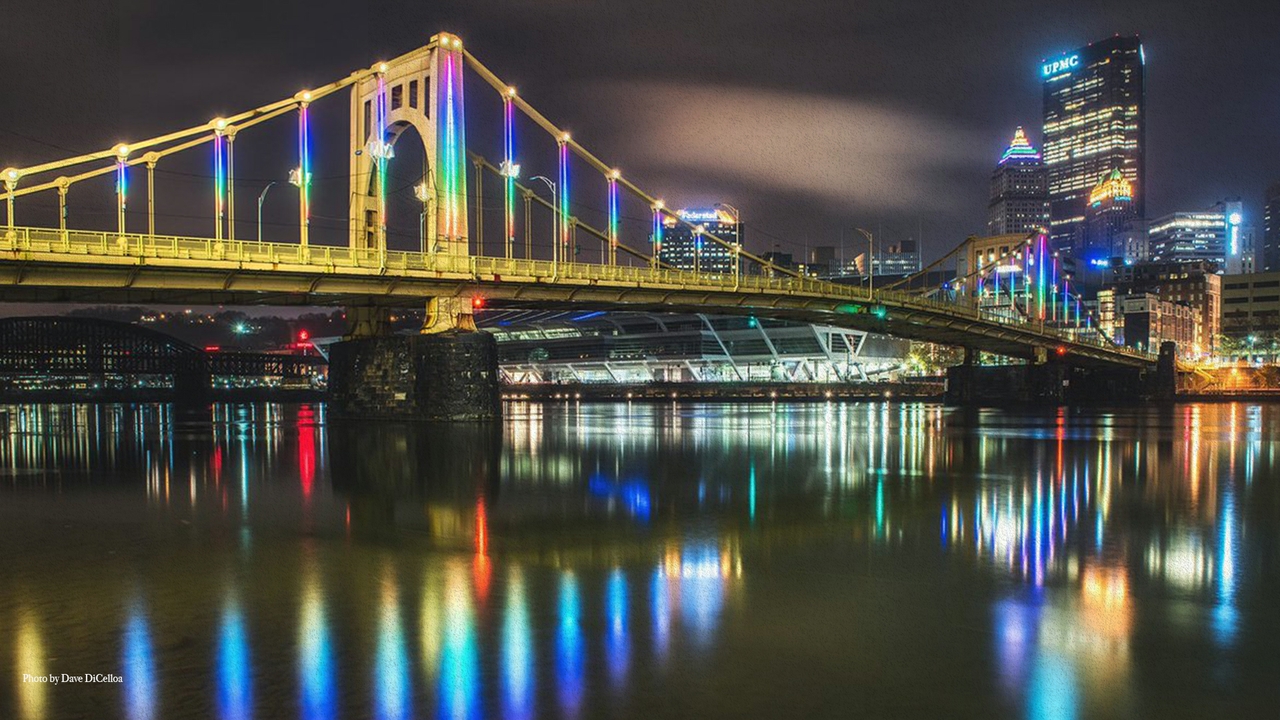 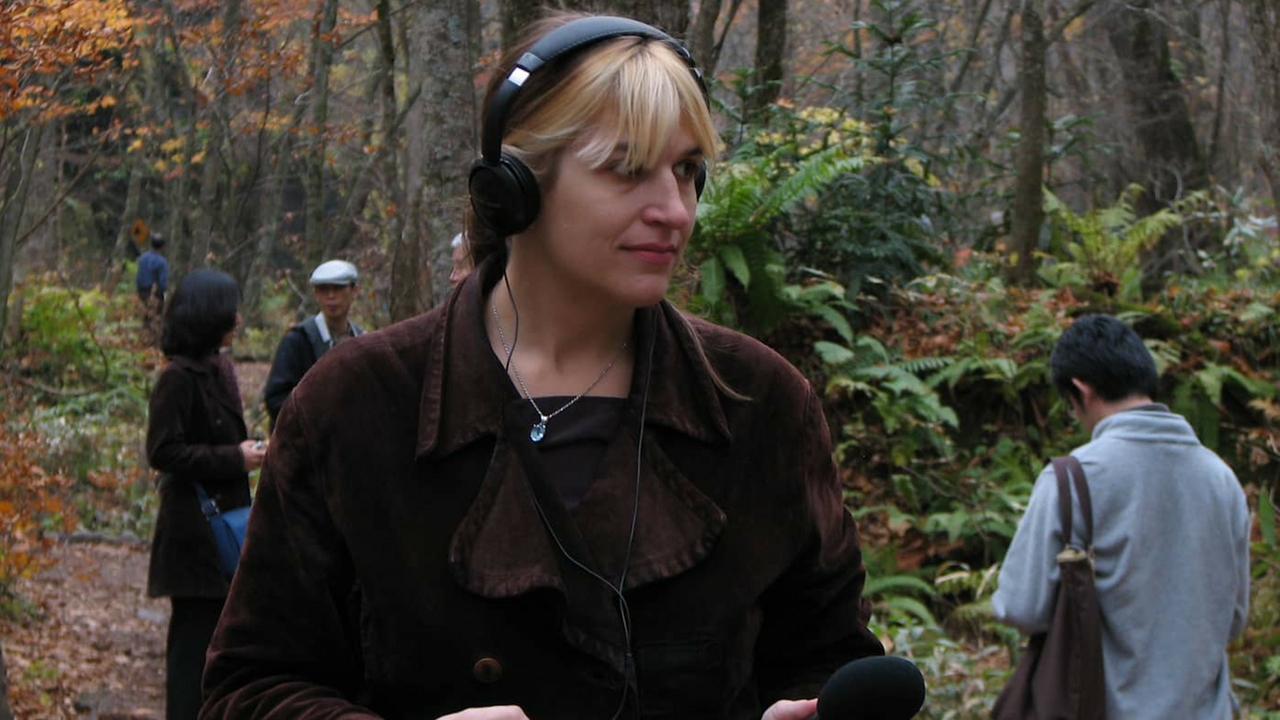 wins award for her community-engaged projects

Art installations created by Andrea Polli, a University of New Mexico professor of Art and associate professor of Engineering, and her team at the Social Media Workgroup, shine. Literally. Polli is known for her interdisciplinary work that melds art, data, science, and technology into media installations and community projects.

Her latest creation is located in downtown Albuquerque for a project called City Bright. The project was created and funded by the City of Albuquerque’s Temporary Public Art program and gives local artists the chance to light up downtown this fall and winter. The installation Polli and her researchers created is called The Game of Life. The interactive game is in front of The Box Performance Space at 114 Gold Ave. SW in downtown Albuquerque and is expected to be up through December.

"I admire Dr. Polli’s deep environmental concern and her dedication to investigating climate change and sustainability issues… She is able to create artwork that engages, educates and inspires people to consider that we are all in this together." - Associate Dean of Faculty and Research Mary Tsiongas

“The Game of Life is an interactive light artwork that animates in real time based on mathematician John Conway’s famous computer simulation by the same name. The Game of Life illustrates properties of cooperative living systems in real time. Conway’s game of life illustrates how complexity can evolve from a simple set of rules. In this artwork, light represents life in a cooperative system and audiences intervene in this system in order to create or destroy sustainability,” according to the project proposal.

Polli explained that instead of using environmental data, The Game of Life responds to visitor input via an app. Pixels will animate in an overall pattern based on the game rules. A pixel will “live” for a generation. Pixels live and die in relation to the pixels around it. A new game cycle starts when all the pixels in the grid are dead or stagnant. Visitors disrupt the game by adding or subtracting pixels in real time using an interactive smartphone app.

Student technical specialist David DiDonato, who is working on a degree in mechanical engineering, and lead programmer Brandon Wade, who is pursuing his bachelor’s degree in computer science, are among the Social Media Workgroup team members who contributed their technical and design expertise.

“We developed it at CARC and proposed it for City Bright. I think we wanted to encourage wonder and curiosity on a downtown street that is active but not as trafficked as Central Avenue. Our team of current and former Mechanical Engineering, Computer Science, and Film and Digital Media students solved challenging technical problems to design and create a custom electronics system to control 40 individual LED light strips. The work is a true interdisciplinary collaboration and brings some of the complexity that forms the building blocks of life to the streets of downtown Albuquerque,” Polli explained.

Polli’s installations have also been placed in New York, Norway, Philadelphia, Paris, Pittsburgh, Explora in Albuquerque, the Albuquerque balloon museum, and on the UNM campus in the windows of the Center for Advanced Research Computing (CARC). Her work typically features lights driven by data. For instance, Particle Falls shows in real time the amount of pollution in the air. The lights in Garrison Alley and on the Rachel Carson Bridge in Pittsburgh were connected to a weather station and changed with meteorological conditions. CARC lights symbolize the everlasting stream of traffic on Albuquerque’s iconic Route 66.

Because of her work with communities, Polli recently received UNM’s annual Community-Engaged Scholarship Lecture (CERL) Award. The award recognizes exceptional scholarly work that embodies UNM’s commitment to community engagement and profoundly and systematically affects the relationship between the university and the larger community in a positive and meaningful way.

“Dr. Polli is one of the most extraordinary artists I know – extraordinary because she traverses boundaries and works across disciplines and whose research is deeply committed to community engagement,” said associate dean of Faculty and Research Mary Tsiongas at the award ceremony. “I admire Dr. Polli’s deep environmental concern and her dedication to investigating climate change and sustainability issues… She is able to create artwork that engages, educates and inspires people to consider that we are all in this together.

"Her projects are successful, they are grounded, and effect change in the communities she engages and locations where the events and projects happen. Her work reminds us that cross discipline and community-engaged research and collaboration will result in amazing new possibilities that will help us figure out strategies for our survival.”

Polli thanked her crew and other people who helped the projects, saying, “It is a great honor to have this and our other community-engaged work with the Social Media Workgroup and STEAM New Mexico recognized by the CERL award. Our work could never have been done without our program partners throughout the state and CARC, the Department of Art and the College of Fine Arts, the Office of Sponsored Projects, Contracts and Grants Accounting, and the Office of the Vice President of Research giving support to community-engaged research."