A significant upgrade to equipment at UNM's Center for High Technology Materials (CHTM) means researchers can now observe how temperature and electric current change a semiconductor sample. This adds new dimensions to CHTM's ability to produce images of samples with a magnification of up to 300,000.

"EBIC is a powerful technique to image the electrical properties of semiconductors in conjunction with their structural properties,” said Tito Busani, the Nanofabrication Operations Manager at CHTM. “To generate an EBIC image, a SEM column is used to generate an electron beam, which is swept across a sample.”

The system is capable of creating a visual representation of the electrons that are collected in terms of brighter and darker areas (non-collected electrons) at a specific junction. The SEM system then generates an image of the sample and the junctions, which can be superimposed with the current image from the EBIC. 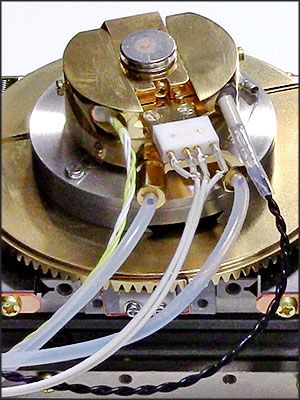 In this manner, CHTM researchers can visually show where the current (electrons) are accumulated and the electrical quality of the junction.

“EBIC is used extensively in semiconductor and in photovoltaic research,” said Busani. “With the ability to image and measure changes to a sample induced by variations in temperature or electric current, this upgrade opens up entirely new areas of semiconductor analysis at CHTM.”

Components of the EBIC upgrade to the SEM

Instead of looking at photons of light, as in a typical microscope, or imaging electrons hitting a sample in an SEM, the SmartEBIC system enables researchers to image and measure variances of electric current. Researchers can observe in real time the changes a current induces on their samples, as well as look at two points of electricity on a sample and watch them interact. This technique can be used for diodes and transistors, to bias the sample in certain ways. Observing how the junction is actually working provides the ability to assess the ability of a sample or diode for amplification or as a switch.

Feed-throughs for electric current are part of the EBIC device. In addition, two probes are available which can be moved to actually touch the surface of the sample. The current that is induced can be measured. The EBIC device also features a Faraday Cup, so that researchers can observe the true electron beam current in the sample chamber. This can be compared with the results of an experiment, so that the researcher can measure the properties of current absorption or rejection (conductivity) of the sample. 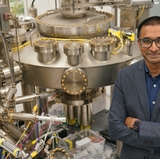 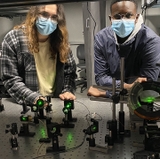 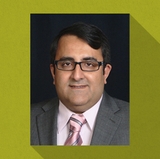