Dr. Laura Crossey, a professor in The University of New Mexico's Department of Earth and Planetary Sciences, has been named a Fellow of the American Association for the Advancement of Science (AAAS). Election as an AAAS Fellow is a prestigious honor bestowed upon members by their peers.

This year, Crossey is one of 443 members who will be among those honored at the AAAS Fellows Forum during the 2020 AAAS Annual Meeting in Seattle, Wash. on Feb 15. The Fellows will be formally announced in the AAAS News & Notes section in the journal Science in its Nov. 29 issue. 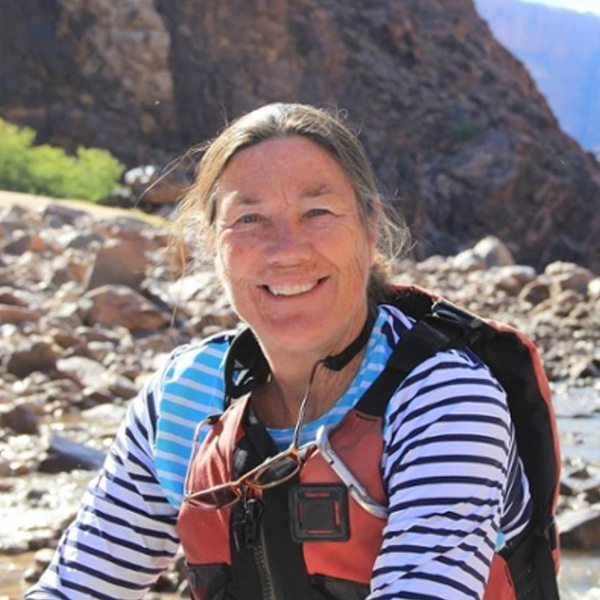 Crossey (Geology and Geography) was cited for outstanding contributions to research, teaching, service to societies and outreach/education to the public and K-12 students in geology, geochemistry, hydrology, and geomicrobiology.

"I am honored to be recognized by AAAS for my contributions," said Crossey. "I have served my entire professional career in the Department of Earth & Planetary Sciences at The University of New Mexico; and credit my department, college, and university colleagues along with my many students in helping me to promote the mission of AAAS to advance science and serve society."

Crossey has done an admirable job of advancing science as well as women in science. She has been a UNM faculty member since 1985, and served as the first female tenured professor in the department, and also served as the first female chair of Earth and Planetary Sciences. She has also served two terms in the UNM administration including as associate dean for Academic Affairs from 1997 to 2000, and acting associate dean for Research from 2017 to 2018.

Crossey’s interests include general categories of aqueous and sedimentary geochemistry with a focus on applications of low-temperature geochemistry to problems in hydrochemistry, diagenesis, geomicrobiology, and geothermal processes. Her research approach combines field examination of modern environments (water, sediment and rocks) with laboratory analysis as well as core and outcrop evaluations applied to evaluate paleohydrology, spring sustainability and reservoir/aquifer characteristics. Community activities include geoscience outreach, K-12 outreach, and science education research as well as programs to increase the participation of under-represented groups in the science disciplines.

One of Crossey's landmark research projects, along with UNM E&PS Professor Karl Karlstrom, is the Grand Canyon's Trail of Time, a 2.83 mile long geologic timeline representing millons of years. The Trail of Time is an interpretive walking timeline that focuses on Grand Canyon vistas and rocks and invites visitors to ponder, explore, and understand the magnitude of geologic time and the stories encoded by Grand Canyon rock layers and landscapes.

Crossey has mentored 37 graduate students to completion (all at UNM): four post-docs, 13 Ph.D.s and 28 master's of science students. Additionally, she has also mentored 63 undergraduate researchers, many with senior theses. She currently has six active students pursuing various degrees including a Ph.D., two MS, and three BS students.

Crossey attended Colorado College in Colorado Springs (Colo.) where she majored in Geology. She later obtained a Master’s degree in Geochemistry at Washington University in St. Louis, Mo., where she focused on Taos Plateau volcanics in New Mexico. After working for an environmental consulting firm in Ft. Collins, Colo., Crossey went to the University of Wyoming in Laramie, where she received a Ph.D. in Low-Temperature Geochemistry.

The tradition of AAAS Fellows began in 1874. Currently, members can be considered for the Rank of Fellow if nominated by the steering groups of the Association’s 24 sections, or by any three Fellows who are current AAAS members (so long as two of the three sponsors are not affiliated with the nominee’s institution), or by the AAAS chief executive offer. Fellows must have been continuous members of AAAS for four years by the end of the calendar year in which they are elected.

Each steering group reviews nominations of individuals within its respective section and a final list is forwarded to the AAAS Council, which votes on the aggregate list.

The Council is the policymaking body of the Association, chaired by the AAAS president, and consisting of the members of the board of directors, the retiring section chairs, delegates from each electorate and each regional division, and two delegates from the National Association of Academies Science.