The University Libraries' Center for Regional Studies and Center for Southwest Research & Special Collections are hosting the 2011 Center for Regional Studies Colloquium Monday-Tuesday, April 25-26, in the Waters Room (rm. 125) at Zimmerman Library.  All graduate student fellows working for the CSWR will make brief presentations of their work this semester.  All are welcome to attend.  For more information call 277-6451.

Clare Daniel -- "Geology and Landscape Photography: The Dual Value of Wayne Lambert's Work"
Clare Daniel, Pictorial Collections Fellow beginning in January of 2010, is a Ph.D. candidate in American Studies.  Her research interests include race theory, social welfare policy, and citizenship.  She is currently in the process of proposing a dissertation project focused on the biopolitics of teenage pregnancy in the contemporary U.S.

Aurore Diehl -- "Carousel of Color: Comparing Set Designs of Two Productions of Liliom by UNM's Department of Drama"
Aurore Diehl, Thomas L. Popejoy Fellow, is a first year student in the American Studies MA program. She has also been accepted into the transcript certificate program in Women's Studies. Her research focuses on gender and sexuality in popular music. After earning her MA, Diehl plans to either pursue her doctorate in order to become a professor or apply to work for the federal government in National Archives.

Matthew Harris -- "The New Mexico Composers Archive"
Matthew Harris, Fine Arts Fellow, is currently obtaining a Master of Music Performance degree at the University of New Mexico. He previously attended Central Michigan University (2010, Summa Cum Laude) where he received his Bachelor of Music Education. His primary teachers have been John Nichol, Eric Lau, and Rob Smith. In addition to this CRS fellowship, Harris also holds the Wind Symphony Band Scholarship at UNM. Matt has performed with the New Mexico Symphony Orchestra  and twice at the International Detroit Jazz Festival. He has also played with such artists as Bobby Shew, Jeff Coffin and John Fedchock.

Ashley Sherry and Max Fitzpatrick -- "Dropping Knowledge, Not Bombs: Inter-Hemispheric Resource Center's Focus on Foreign Policy"
Max Fitzpatrick is the Juan and Virginia Chacón fellow. He is a graduate student in the Department of Sociology. His academic focus is on social movements and political regimes in Latin America.

Ashley Sherry, the Juan and Virginia Chacón Fellow, is an MA student in the Anthropology Department at UNM.  Her research interests include Indigeneity, the politics of heritage, and citizenship.  She is currently working on research with support from the New Mexico Office of the State Historian on the role of Comanche national and social activist LaDonna Harris in the return of Taos Blue Lake.

Jordan Biro -- "Wide-Open Town: Myron Brinig and the Artists' Colony of Taos, New Mexico"
Jordan Biro, the George I. Sanchez Fellow, is a second year doctoral student in the History Department at UNM.  She completed her Master's in Public History at California State University, Sacramento in 2009. Her research interests include nineteenth and twentieth US with a thematic concentration in gender and sexuality. She is currently working on research for her dissertation on the history of sexual migrations made by gay men and lesbians to the West in the 1940s – 1970s, a topic she conceptualized during her fellowship. As part of her fellowship at CSWR, she analyzed the personal papers of one such migrant, the Navajo artist, R.C. Gorman. Biro will be presenting her research on a panel entitled: "Negotiation of Identities in Alternative Communities:  Hippies, Queers, and Lesbians in the U.S. West, 1950s – 1970s" at the Western History Association Conference in October 2011.

­­­­­­­­­­­­­Brian Luna Lucero -- "Joint Arizona‑New Mexico Statehood: Success within a Failed Movement"
Brian Luna Lucero, the Sophie D. Aberle Fellow, is a Ph.D. candidate in history.  His dissertation "Invention and Contention: Memory, Place, and Identity in the American Southwest, 1848‑1940" focuses on the memory and commemoration of the Spanish colonial past in three Spanish towns that grew into prominent American cities: Tucson, Arizona, Albuquerque, New Mexico, and San Antonio, Texas.  The dissertation argues that the way people remembered the colonial era and the stories they told about it reveal their visions for the future while also determining their ethnic and social identities in their present.

Char Peery -- "The Celebrating New Mexico Statehood Website: New Tools for Interactive Instruction"
Char Peery, the Anderson Fellow, is a Ph.D. candidate in the Anthropology Department. As the Anderson Fellow, she is on the CSWR reference and instruction teams. Her area of study is linguistic anthropology with an emphasis on indigenous languages. She is currently writing her dissertation which addresses some of the challenges of language documentation programs by exploring the Navajo language documentation project started in the 1930s by Robert W. Young and William Morgan.

Brianne Stein -- "The Basque Independent Movement and 21st Century Revolutions"
Brianne Stein, the Digitization Fellow, is currently in the Historic Preservation and Regionalism Graduate Certificate Program. This fall she will enter the Ph.D. program in History where she will focus on the built environment and material culture in the early 20th century U.S.

Sue Taylor -- "The Lorenzanas: Settling California with Orphans"
Sue Taylor, the Fray Angelico Chavez Fellow, is a Ph.D. candidate in the History Department. She defended her dissertation, "Negotiating Honor: Women and Slavery in Caracas, 1750-1854" in March and will graduate in May. Her dissertation examines how slave women, free African and mixed race women, and female slave owners defined honor for themselves in the hierarchical society of colonial and early republican Caracas and the ways these women sought to defend their reputations through the courts. After graduation Sue hopes to find either a teaching position or a position working with Latin American special collections at a university. 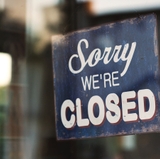 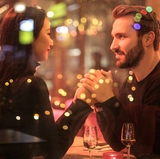 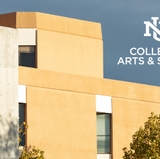