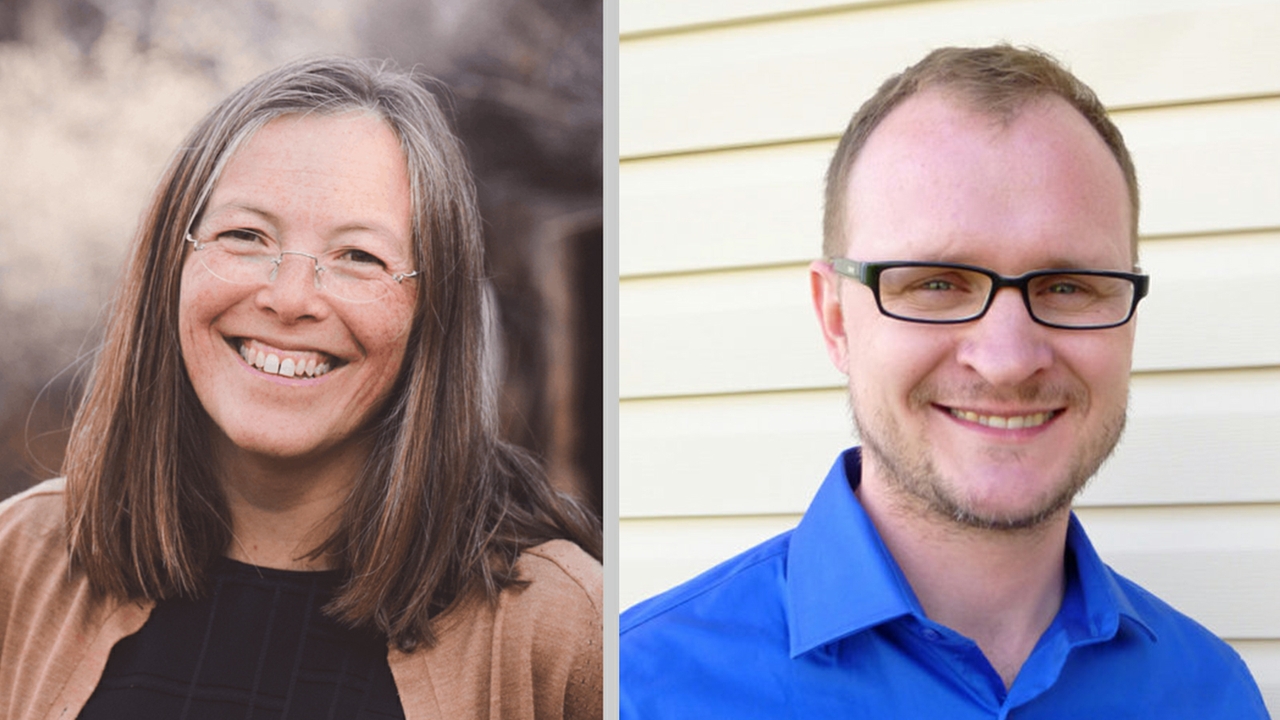 Two faculty members are being honored for their outstanding performance with Research and Creative Works Leadership Awards.

These awards were established to honor faculty who have been recently promoted, and whose records of accomplishment in research or creative works are outstanding for their stage in career.

During the promotion review process, the University obtains detailed external reviews of each candidate’s scholarly achievements, focusing on the quality, scope and impact of their work. The two awardees were selected from many highly accomplished candidates.

She is a scholar of cyber-physical systems that involve a tight coupling between computing units and the world in which they are deployed. Studying these systems requires tools that can mix different modes of computation related to both physics and the operations of computers. These systems often work closely with humans in safety-critical situations. Examples include self-driving cars, drones, spacecraft, power control systems and aircraft.

Oishi’s research seeks to detect potential errors in autonomous systems, and in human interaction with autonomous systems, at the design stage, as opposed to after testing and implementation. She has also investigated interdisciplinary problems in assistive technologies, robotics, Parkinson’s disease, traumatic brain injury, management of sleep disorders and anesthesia delivery, forming important collaborations with clinicians in neuroscience, neurosurgery and sleep disorders.

To support this research program, she has created, grown, and maintained the Hybrid Systems and Controls Lab at UNM. Her program has resulted in 28 articles, a book and dozens of refereed papers and technical reports. It has been supported by $6.1 million in funding on which she was PI and an additional $42 million in funding as co-PI.

She has also been selected to the Defense Science Study Group – which is a highly selective group of scholars who advise DOD on applications of emerging science, where she is the first UNM professor selected since the 1980s.

Her research leadership has extended to an active role in training the next generation of scholars. She has graduated four Ph.D. students and supervised many masters students. One of her students won the Best Student Paper Award in 2011 at the IEEE Conference on Systems, Man and Cybernetics.

Benjamin Clark
Benjamin Clark, an associate professor in the Department of Psychology, studies how the mammalian brain generates an internal sense of spatial orientation at a neurological level, with particular attention to neurons related to head direction and location within a space, as well as the relationship between these networks. His work also advances the understanding of the multiple networks involved in learning and memory. The broad aim of his work is to apply animal-based models of spatial learning and memory to further understand the structural and functional loss after prenatal exposure to alcohol and Alzheimer’s disease.

His research program has resulted in a total of 36 publications in prestigious journals, 21 of them since arriving at UNM, supported by impressive, consistent grant funding from such sources as the National Institutes of Health and the Alzheimer’s Association.

External reviewers characterized his publications as impactful and thought-provoking and particularly noted his contributions to both basic science understandings of spatial navigation and memory, as well as translational applications to Alzheimer’s disease and fetal alcohol syndrome.

In addition, his dedication to mentorship is to be commended. Clark makes a point of featuring his trainees as co-authors. Of seven manuscripts in preparation at the time of his review, all involved trainees from his lab. His mentorship of students extends to undergraduates, some 22 of whom, plus 4 honors students, have worked in his lab.