At one time, it used to be said that “fathers were forgotten” largely because they limited their role to primary provider for their families. However, over the years, that phrase has been largely forgotten because a father’s role in the raising and upbringing of his children has changed – for the betterment of children around the world.

During Colonial times in America, fathers primarily played the role of moral guide as well as provider. They had very little involvement in caregiving and other areas. That was traditionally a woman’s role.

But nowadays, fathers are increasingly getting more involved with their children as well as sharing the household chores according to Ziarat Hossain, an associate professor in the Department of Individual, Family and Community Education in the College of Education at the University of New Mexico, and Family Studies program coordinator.

What the research says
Hossain’s research shows that fathers are more involved today across the board including fathers of ethnic minority origin such as African American, Hispanic and Navajo Indian.

“When you look at it, especially stable relationships between couples within a two-parent family system, fathers are getting more involved across families in the United States, almost equally including ethnic fathers,” said Hossain, who conducts research on fathering, gender roles, and early childhood development.

“The two most important things fathers can do for their children include quality time and warmth. These are the two factors that have impacted children’s social and emotional development, and their schoolwork." – Associate Professor Ziarat Hossain

There’s a notion or belief that ethnic fathers like African American and Hispanic are not available very much for their children Hossain says. But if you control some of the socioeconomic variables like family composition, income and education, then you find that African American, Hispanic and white fathers are equally involved with their children.

“My research also suggests that the stereotypical belief or notion about (the lack of) fathers involvement in ethnic families no longer holds,” Hossain said. “Fathers are getting more involved today. What I’ve found among three groups that I’ve studied including African American, Hispanic and Navajo Indian fathers, is that Navajo Indian fathers showed the highest level of involvement with their school-aged children.” 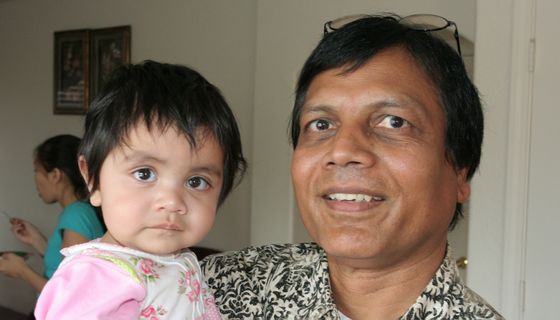 UNM College of Education Family Studies Associate Professor Ziarat Hossain and his daughter Ziana. Hossain says school age children are more competent in school when their fathers are involved with their children.

Level of involvement
Hossain says people ask how much time do they spend when they say involvement? Hossain has compiled research data through psychological studies that show findings vary from sample to sample. He finds on average that fathers spend about an average of an hour-and-a-half per day providing care and academic support with their children.

Hossain breaks it down further into a number of categories that define the areas of involvement with children such as routine caregiving (bathing and feeding), demand care (needs medical attention and time), play interaction, and academic socialization including homework.

“The two most important things fathers can do for their children include quality time and warmth,” Hossain said. “These are the two factors that have impacted children’s social and emotional development, and their schoolwork.”

For example, Hossain said researchers see it moreso when fathers are involved with their adolescent daughters. “They do better in their science and math courses,” he said. “Fathers somehow create an impact in their daughters mind that schooling, especially in the science and math areas, is very important for them to be successful.” 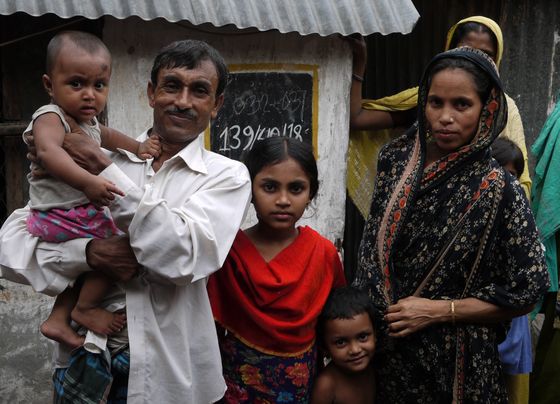 Regardless of socioeconomic factors, research says children are much better off when their fathers play active parenting role.

Overall, school age children are becoming much more competent when their fathers are involved. Their peer interaction is much more positive including social competence and self-esteem. There’s less absenteeism at school when their fathers encourage them and that can be a significant factor in their development and success.

A brief history of Father’s Day
The first observance of Father’s Day came on July 5, 1908 when Grace Golden Clayton, who was mourning the loss of her father who perished along with 361 men, including 250 fathers, in the Monongah (W. Va.) Mining Disaster in December 1907. Clayton suggested to her pastor the idea of honoring all the fathers who died in the accident.

The day didn’t gain much in the way of popularity or publicity mainly due to the celebration of America’s birthday, which included an Independence Day celebration attended by 12,000 as well as the death of a 16-year-old girl.

In 1910, a Father’s Day celebration was held in Spokane, Wash. at the local YMCA by Sonora Smart Dodd, whose father was William Jackson Smart, a Civil War veteran who raised his six children. She suggested the day be held on June 5, her father’s birthday, but pastors didn’t have enough time to prepare sermons. The celebration honoring fathers ended up being held on the third Sunday in June, a tradition that remains today as the official Father’s Day holiday.

• A bill to accord national recognition of the holiday was introduced in Congress in 1913.
• In 1916, President Woodrow Wilson went to Spokane to speak in a Father's Day celebration and wanted to make it official, but Congress resisted, fearing that it would become commercialized.
• US President Calvin Coolidge recommended in 1924 that the day be observed by the nation, but stopped short of issuing a national proclamation. Two earlier attempts to formally recognize the holiday had been defeated by Congress.
• In 1957, Maine Senator Margaret Chase Smith wrote a proposal accusing Congress of ignoring fathers for 40 years while honoring mothers, thus “[singling] out just one of our two parents.”
• In 1966, President Lyndon B. Johnson issued the first presidential proclamation honoring fathers, designating the third Sunday in June as Father's Day. Six years later, the day was made a permanent national holiday when President Richard Nixon signed it into law in 1972.

From Wikipedia, the free encyclopedia

President Woodrow Wilson spoke at a Father’s Day celebration in Spokane in 1916 and wanted to make it an official holiday. The U.S. Congress was reluctant afraid it would become commercialized much like Christmas. President Calvin Coolidge in 1924 suggested a national day of observance, but didn’t issue any sort of a proclamation.

“The day was to recognize and to encourage fathers to be more involved with the family,” Hossain said. “But one of the major pushbacks to recognize fathers on Father’s Day came from the fathers who didn’t want people to see that affectionate side of fathers and that we are macho and that we’re supposed to work and not stay home watching children. It’s very strange to see that reluctance in men to accept that concept of being recognized. The irony is that it was actually a group of mothers who started the push to recognize the fathers’ contribution.”

Hossain cautions about the Father’s Day notion accepting the same fate as Christmas for example where it becomes a celebration in gift-giving.

“I want to see Father’s Day having a real impact in terms of fathers spending time with their children, and encourage them to be around and do activities together with their children rather than becoming preoccupied with what they’re going to get,” he said. “Instead of buying anything for your dad, spend some time with him.”