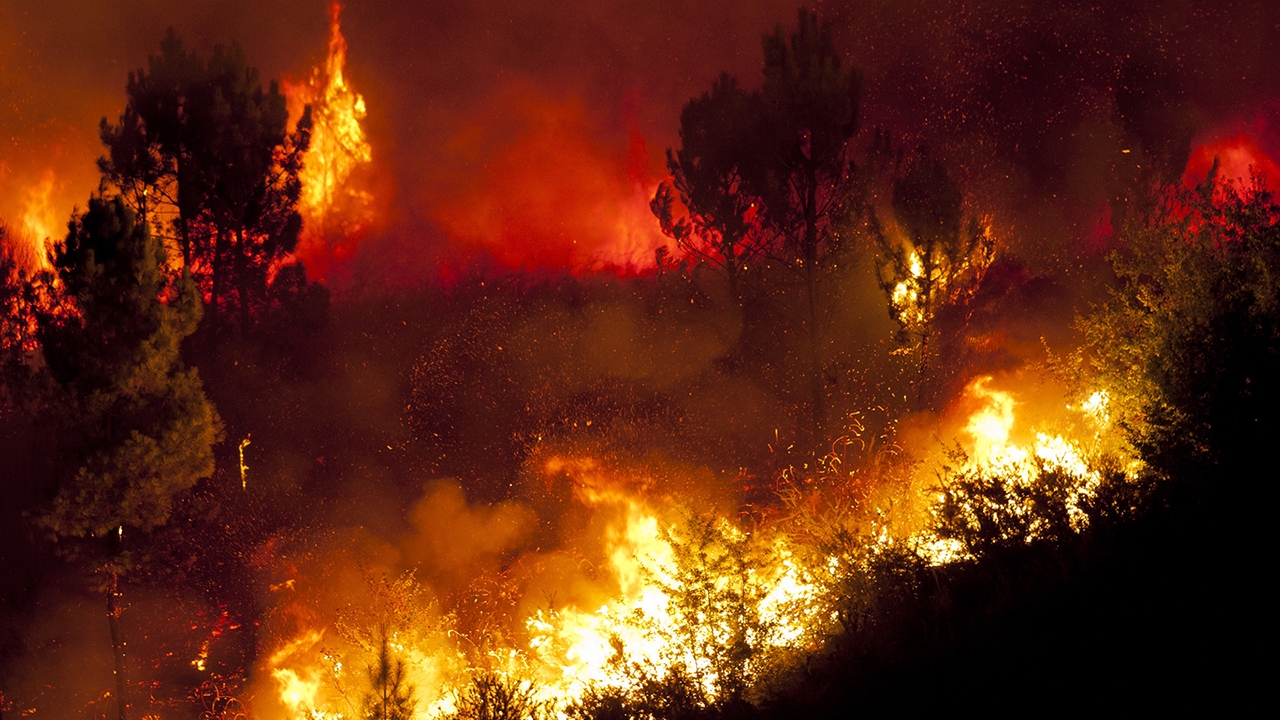 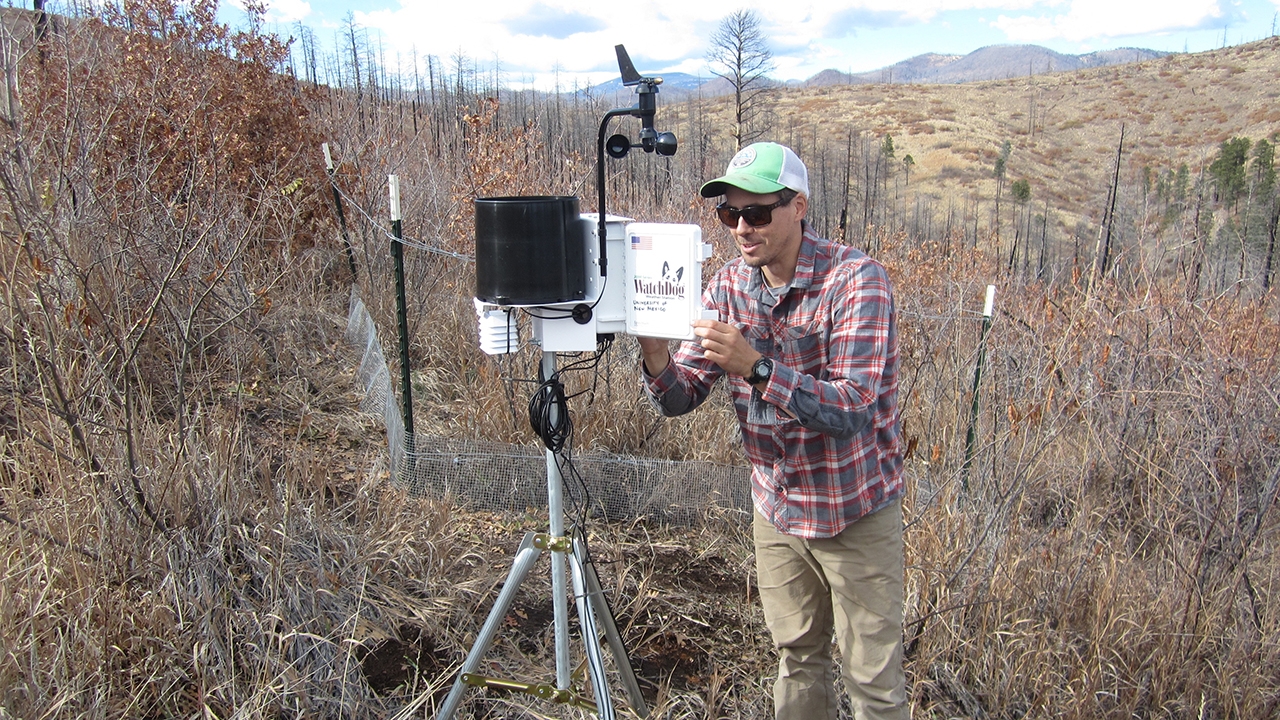 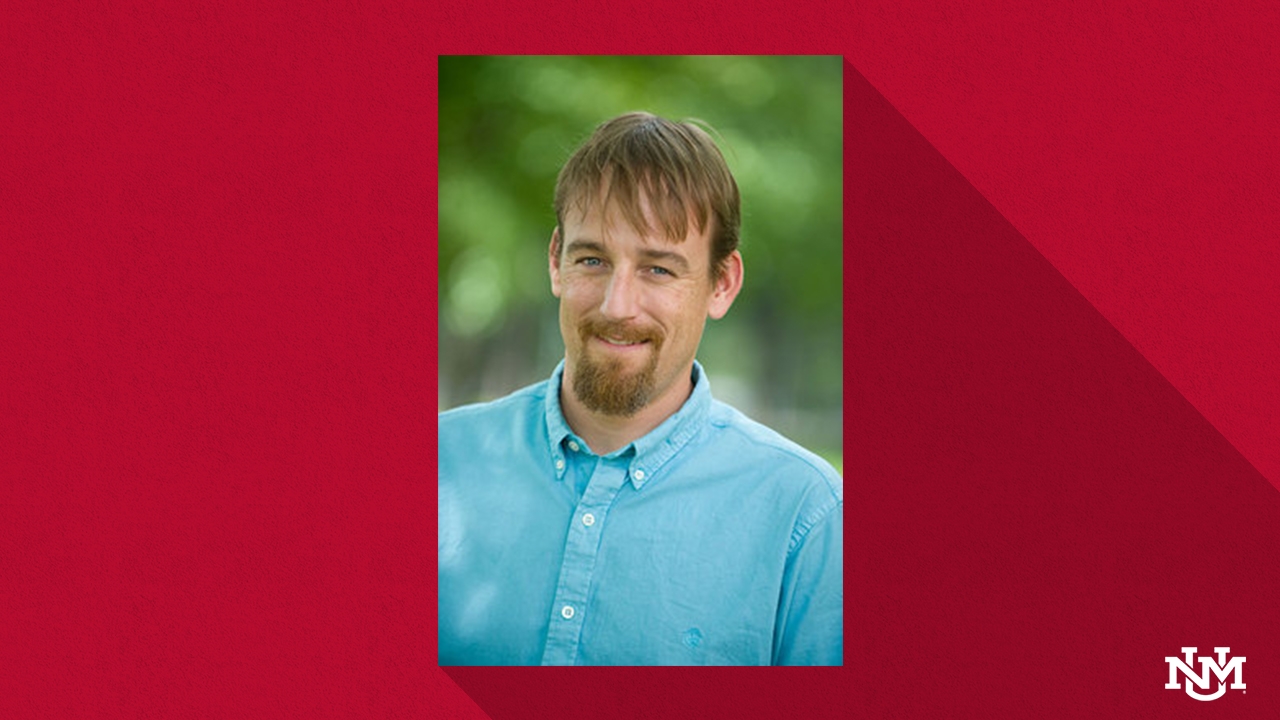 Fighting fires before they spark

With warm, dry summers comes a deadly caveat for the western United States: wildfires. Scientists say the hot, dry climates found west of the Mississippi, along with decades of fire suppression efforts, are creating a devastating and destructive combination – leading to fires like the ones currently burning in California.

It’s a problem biologists at The University of New Mexico are looking to put a damper on. Now, new research from UNM is giving forest and fire management teams across the country the upper hand in reducing the severity of these events.

“These big fires will always happen,” said Dan Krofcheck, a post-doctoral fellow in UNM’s Department of Biology. “We’re looking at what forest managers can do to minimize the impact these wildfires have on the system.”

The issue has two main components, according to Krofcheck, both stemming from human impact to the environment. Global warming, due to human-caused carbon emissions, has worsened the already hot and dry climate in the most at-risk areas, like California. In addition, aggressive firefighting and fire suppression efforts have left a large amount of fuel, in the form of underbrush, throughout the forests. Together, these two factors lead to massive blazes with the capacity to destroy land, homes and lives.

“For a long time, there’s been this stigma that fire in the landscape is a bad thing. It makes sense, because fire is a destructive process,” says Krofcheck. “But, it’s also an integral part of how these ecosystems evolved and we kind of shut that down through heavy fire suppression activity. The result is that fuel that would have been consumed by frequent fire, builds up and accumulates. Subsequently, when you finally have fire move through an area, after it’s been suppressed for 30, 50, 100 years, you have these massive fires that no longer just consume the understory but they’re actually torching crowns and moving through the tree canopy.”

To combat this, forest managers employ two primary treatment practices. Mechanical thinning is the process of physically removing the thick underbrush with machinery or by hand – a method that is effective but also very expensive. Managers also use prescribed burns to clear areas – using fire, under very strict environmental conditions, to consume excess brush.

The UNM research, ‘Prioritizing forest fuels treatments based on the probability of high-severity fire restores adaptive capacity in Sierran forests,’ recently published in Global Change Biology, examines how to most efficiently use these two methods.

Krofcheck, along with his advisor, UNM Associate Professor Matthew Hurteau, and colleagues from North Carolina State University and the USDA Forest Service, ran forecast simulations using projected climate data in the Dinkey Creek Collaborative Landscape Forest Restoration Project area in California’s Sierra Nevada Mountain Range. In Scenario A, researchers mechanically thinned the entire area that is operationally and legally available – an unrealistically expensive endeavor in practice. Scenario B employed an optimized approach, thinning only the most at-risk portions of land, about two-thirds less than in Scenario A.

“We wanted to find a way to apply these expensive thinning treatments in such a way that we could put as few on the landscape as possible and achieve some comparable outcome, relative to a case where we thinned everything,” said Krofcheck.

After nearly a thousand simulations, the results show that both scenarios reduced the mean fire-severity by as much as 60 percent.

“Even though we thinned about two-thirds less of the forest, we saw the exact same treatment outcomes,” said Krofcheck.

“This research and way of thinking about optimally using your resources, in terms of where you thin, could go a long way in helping these organizations use their dollars most efficiently to achieve their desired outcomes, which is less severe fires,” Hurteau said.

Along with mechanical thinning, both scenarios also heavily depended on fire, either naturally occurring or through prescribed burning, being present in the ecosystem. Researchers say it’s another big takeaway: without fire, no amount of treatment will successfully do the job. It’s something they hope those who live in forested areas will begin to appreciate as a mechanism for stopping devastating wildfire before it breaks out.