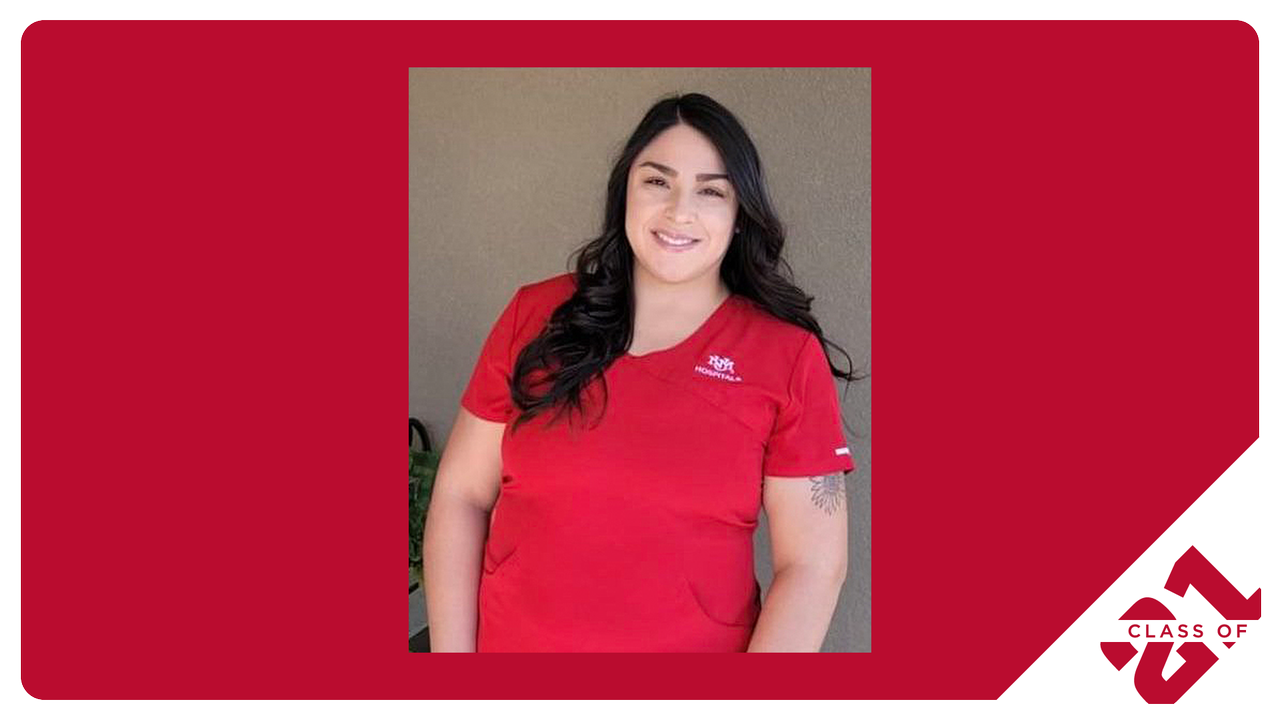 Finding her way: After years of perseverance, Clarissa Pitts earns a nursing degree

December is turning out to be a season of new beginnings for Clarissa Pitts. Not only will she be graduating from The University of New Mexico with a bachelor’s degree in nursing, she’s also just accepted a position as a charge nurse in urology, vascular and nephrology clinics at UNM Health. And, she recently celebrated a birthday.

Pitts, 33, says that accomplishing her dream of becoming a nurse hasn’t been easy. Though it’s been a difficult journey, Pitts says she’s proud of the path she’s taken.

Growing up in a single-parent home, she spent lots of time with her grandmother. But when Pitts was in eighth grade, her grandmother was hospitalized after a stroke. The care the nurses provided her grandmother inspired Pitts to become a nurse.

But a year and a half into her education at UNM, she felt overwhelmed and dropped out of school. She didn’t have other family members or friends who could give her the support she needed to stay in school, she says.

“I really had to come up with how to do it on my own,” she says. “After about a year and a half, it was just really overwhelming, because I felt like I was so alone – just working and trying to take care of myself in that way.”

After leaving UNM, she got married and had a child.

“Being on food stamps and getting that kind of help was great,” Pitts says. “I was glad I was getting that help, but I knew it wasn’t sustainable. And I knew that I needed to do something more, so that's when I went back to school to CNM. I was able to do online classes one by one until I got into the nursing program and graduated in 2017 with my associate’s (degree).”

She then began taking classes at UNM, and another difficulty came about when her father passed away. “I was just going through the motions,” she says.

During that time, she worked in hospice care and in an outpatient clinic. She then headed back to school.

“I've been doing this program for a little over a year, and now I’m finally going to get a bachelor's degree. It really has been a lot of hard work,” she says.

As a child, Pitts saw her mother work several jobs, and when she became a mom herself, she wanted to be sure she could provide financial security to her son. “I can go to the grocery store when we need something and not worry about the lights getting turned off,” she says.

Pitts, an Albuquerque native, says she’s grateful that she’s able to give back to the place she was born and raised.

“Just knowing that I'm making some sort of a difference in my community really makes it all worth it,” she says.

With her new degree, she is qualified to manage a team of nurses, medical assistants and techs, she says.

“I had my first full week of being the charge nurse, and there's a lot of new things that I have to learn in terms of leadership,” she says. “All nurses are leaders in general, but to really take on that role of being the ‘head nurse’ is really exciting. It was part of the reason why I had to go back and get a bachelor's degree.”

She says that it’s great to hear about graduates who go directly to college right after high school, graduate and begin a career. But when you’re on a journey with roadblocks and detours along the way, it’s an even better story, Pitts says.

“It's really OK to fall. All you have to do is remember to get back up again,” Pitts says. “And it doesn't matter if it takes you 10 years to get a bachelor's degree or however many years it takes you. It doesn't matter. It's really just about getting up and making those dreams come true for yourself, because it's possible.

“I have an 11-year-old-son and he's going to be able to watch me walk across that stage and finally achieve something that I've been working on for such a long time. And that feels really good.”