Schuster was responsible for the development and implementation of numerous projects and initiatives to help modernize the University’s utility systems, increase energy efficiency, reduce costs and prepare infrastructure to meet future campus needs.

“Larry has an incredible record of service to UNM,” said Al Sena, Facilities Management (FM) director. “Not only does he possess unparalleled expertise in the utility operations of UNM, he has been a leader and innovator in the utility industry for decades. He’s a shining example of the quality of people who manage the daily operations here at UNM. We wish him all the happiness in retirement.” 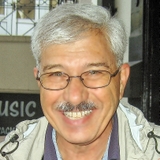 Schuster was initially hired at UNM in 1976 as manager of building operations where he managed all aspects of the heating, ventilating, air-conditioning and controls maintenance in all university buildings. Shortly after, he transitioned to energy conservation engineer where he formulated and implemented an energy management program that reduced energy use by 30 percent, with an overall cost savings of $8 million. The program received numerous honors including the 1984 Department of Energy National Award for Energy Innovation.

Schuster sought opportunities outside of UNM in the ‘80s but returned to become the plant engineer for the FM Utilities Division. In this role, Schuster was responsible for the concept, preliminary design and installation of a 3000 kW gas turbine cogeneration system. This system paid for itself within five years and the resulting income from the project financed the 2000 UNM Utilities Master Plan. As plant engineer, he also negotiated natural gas and electricity utility contracts for UNM, which ultimately reduced UNM’s rates and saved millions of dollars in purchased utility costs.

As a result of his successes, in 1993, Schuster was promoted to lead engineer where he launched a new FM Engineering Office. The Engineering Office was responsible for the design, procurement and construction management of the North Campus Electrical Substation and an electrical distribution upgrade for North Campus buildings, including UNMH.

In 1995, he was reassigned as Utilities engineer to direct the short-and-long term energy strategy of UNM. In this position he planned for the repair, replacement and upgrades to a then decaying utilities infrastructure to improve efficiencies, safety and prepare for UNM’s anticipated growth. To help achieve the strategy objectives, Schuster assisted in the formation of the UNM Regent-owned utilities corporation, Lobo Energy Incorporated (LEI), to which he was assigned in 1999.

With LEI, he was responsible for providing planning, engineering and staff assistance to the CEO in the creation of a business plan to upgrade UNM’s energy systems infrastructure and institute business practices to ensure future campus utility needs would be met. He was central to the installation of an integrated metering and monitoring system that gathered essential data for energy management and reporting functions, as well as implementing a multitude of energy conservation practices and management control systems that were the foundation for programs in use today.

In 2001, Schuster was assigned the position of technical project director for the newly created Utility Project Team. In this role, he was responsible for the technical direction of the $60 million utility infrastructure upgrade that was part of the LEI Utilities Master Plan and took the reins on some of the larger components of the plan. He managed the design and construction of a $12 million chilled water plant, a $3 million chilled-water piping project that cut directly through the center of campus, and a project that extended a chilled water pipe system underneath Lomas Boulevard.

After again serving as Utilities engineer from 2004 to 2014, Schuster was named FM associate director for Utilities. As director for the FM Utilities Division, he manages 45 employees and is responsible for a $33 million budget to operate and maintain over a $120 million utility system that provides chilled water, steam, electricity, natural gas, domestic water and compressed air to Main and North Campus.

“Throughout my career, UNM and FM leadership has trusted me to carry out projects from concept development, to analysis, design, installation, and ultimately, to ongoing management. I don’t know if I would have had that level of freedom had I stayed in the private sector,” Schuster said.

In addition to a legacy of excellence, he has also developed a well-trained staff to carry on the division’s mission.

“No one person is responsible for the success of such complex systems. I owe a great deal to the staff and leadership, both past and present, for their support and dedication” he said.

Schuster was inducted into the New Mexico Association of Energy Engineers’ Hall of Fame. He is also an adjunct professor in the UNM Department of Mechanical Engineering, teaching an upper-level course in Heating, Ventilating, and Air-Conditioning, and is a member of the APPA Institute faculty, an educational facilities organization representing over 1,300 learning institutions worldwide. 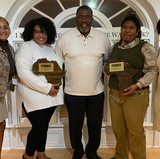 Nominations for the 2021 Gerald W. May Award are now open 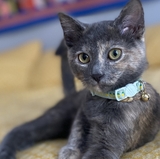