Geraldine Forbes Isais came to UNM in 2005 to serve as director of the architecture program in the School of Architecture and Planning. In July of 2010, she was selected to serve as the school's first female dean. Despite the fact that the school, like the rest of the university and beyond, was suffering financial hardships from the economic downturn, Forbes Isais was proactive in moving the school ahead.

The recent creation of the CityLab in downtown Albuquerque addresses a concern that she, and many others have had, regarding the relationship between the university and the city. "How desperately we need to break down the walls of the university. UNM is an integral part of the community and we need to make those edges more permeable," she said.

Forbes Isais said that aside from the UNM School of Medicine, UNM doesn't have enough reach into the community. "We need to maximize the collaboration between the city and the university," she said, adding that she is co-chairing a committee with local architects and a UNM budget analyst to study corridors and places where there's an opportunity to look at the "weft and warp" between the university and the city. Areas currently under review include Central Avenue from UNM to downtown, Lomas and north campus, and south campus.

Students currently taking a studio course at CityLab are looking at Rt. 66 using a study on walkable blocks – an assessment of what is a comfortable walking distance, and adapting that to Albuquerque.

Associate Dean Michaele Pride said that the school, the city and other community partners have applied for a grant from the National Endowment for the Humanities. "It's an Our Town grant, and should we get it, it would used to promote art and community engagement to develop and enhance public spaces along Rt. 66," she said, adding that Bernalillo County is also interested in developing a partnership like CityLab.

Forbes Isais added, "CityLab is not to function in isolation. It is to be a catalyst for activity in the city that will further both urban and economic development."

The School of Architecture and Planning continues to collaborate with New Mexico MainStreet, Forbes Isais said, noting that the school's Design Planning Assistance Center (DPAC) is currently engaged in a study of the historic theaters on Clovis's Main Street.

Forbes Isais said that Senator Sue Wilson Beffort is sponsoring a bill for $100,000 to support DPAC activities. DPAC has engaged in design and planning programs statewide for more than 40 years, she said. 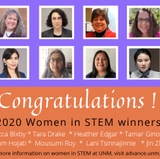 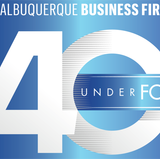