From City Lab to Innovate ABQ

The University of New Mexico Board of Regents unanimously approved a master plan for the seven-acre Innovate ABQ site, located at Central Ave. and Broadway Blvd. – the site of the former First Baptist Church.

Perkins & Will is the design firm providing a development framework, which was presented to the Regents. Areas of the site might be developed and designed by more than one firm, according to Geraldine Forbes Isais, dean, UNM School of Architecture and Planning.

“Perkins & Will have had experience nationally and internationally in planning, designing and promoting this type of enterprise. They collaborated locally with the university, the city and, under Lisa Kuutila’s leadership, with the STC board to assist in this endeavor,” Forbes Isais said.

Costs for development vary widely – from $50 to $150 million, according to David Green, principle at Perkins & Will, who is the project lead designer.

Though this idea is not unique in the country, the origins of the Innovate ABQ initiative date back to a collaboration between the School of Architecture and Planning and the City of Albuquerque. “In 2011, the City Council held a ‘Committee of the Whole’ at the school. The intent of the meeting was to discuss how planning and design might help enhance the quality of life for city residents while addressing the city’s goals for economic development and urban growth,” Forbes Isais said. 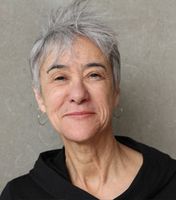 As a result of that meeting, the school has had a permanent presence in downtown Albuquerque at City Lab, located on the corner of Central and 5th St. Forbes Isais continued, “This lab is where we focus on urban design, architecture and innovation. We explore what it means to research downtown. Not all that occurs at City Lab, and by extension Innovate ABQ, will belong to UNM, but UNM is serving as a catalyst.”

Much of what is taught in the school’s classrooms and studios informs the focus of Innovate ABQ. “Every city has to take risks at various points in its evolution. There is no question that having a dead downtown is an absolute liability for a city. The question to be addressed is: what type of city will we create?”

Nationally, there is interest in downtown growth and development. There is a renaissance taking place in cities like Seattle, Austin, Denver and even Oklahoma City. “Albuquerque has no choice but to compete, El Paso and Las Cruces are growing, too. We need to be an evolving city,” she said. City Lab is working with others to design places for people. Forbes Isais suggests, “We need cafes with outdoor seating, retail outlets, more galleries and active places that draw people - young and old -  to downtown.”

Key to the city’s development is the designation of the downtown as a “2030 District” committed to a clean and sustainable downtown with a green transportation system. This must get done so that people can travel effortlessly back and forth on Central Avenue,” she said.

Most city residents know that UNM is a large employer but few recognize that UNM is also an incubator for ideas. “Both in its own labs and in national labs, UNM is already creating new knowledge, but is very quiet about it. Perkins & Will will write the criteria for the architect selection. They will reach out to identify national firms who will collaborate with local firms. We want our students and faculty to stay involved.”

Innovation Academy Director Robert DelCampo, Anderson School of Management, is promoting the link between the academics and curriculum of the university in the development of Innovate ABQ.