University of New Mexico President Garnett S. Stokes has announced the appointment of Victor Griego as the institution’s new Director of Internal Audit. Griego, who was selected after a nationwide search, has served in the role of UNM’s Interim Director since March 2019 when he was appointed to replace Manilal Patel who retired.

“The Internal Audit Department is a cornerstone of UNM’s commitment to excellence, transparency and the highest professional and ethical standards. I am so pleased to select Victor to lead the department,” said President Garnett S. Stokes. “His experience and interest in advancing a rigorous performance plan for the University within a modern institutional internal audit program will serve us well moving forward. My deepest gratitude to the search committee for their comprehensive efforts. We were exceedingly pleased with the caliber of the candidate pool and are excited to have found the talent we sought in Victor Griego.” 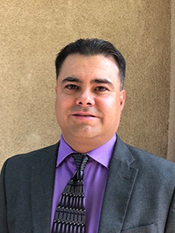 Griego will manage UNM’s internal audit department, which assists personnel in effectively, efficiently, and economically fulfilling job responsibilities by providing objective analyses of the activities reviewed including independent reviews and audits of fiscal and administration and operations such as reports, policies governing internal audit, fraud, misconduct and retaliation and internal controls. The director also consults with and advises the UNM Board of Regents, university administrators and faculty and staff on issues.

“The search committee was impressed by Victor’s knowledge of UNM and how Internal Audit plays a critical role in advancing UNM’s mission,” said Chief Compliance Officer Francie Cordova, who chaired the search committee. “Victor has the skill and the passion to continue guiding the Internal Audit function into its dual role of audit entity and university compliance partner.”

“I am extremely honored and excited by my selection as the next Internal Audit Director for the University of New Mexico,” said Griego. “Through collaboration, trust, and commitment to protect the University from the risks of fraud, waste and abuse, Internal Audit will continue to be a critical resource for UNM fulfilling its mission and achieving its goals.”

Griego, a native New Mexican from Mora, has developed and supervised audit plans and has conducted initial and follow-up audits as part of his current role as interim Internal Audit director. He has consulted and advised University administrators, faculty and staff on operational and administrative issues while focusing on University policies and procedures, as well as applicable federal and state laws and regulations. Griego has established and implemented short and long-range organizational goals, objectives, strategic plans, policies, and operating procedures.

He has served UNM since 2012 when he started as an internal auditor. In that role, he developed audit plans and worked as lead auditor on initial and follow-up audits in accordance with professional auditing standards. Griego also helped to establish risk-based audit programs and executed audit procedures. He has also conducted fraud and financial investigations.

“UNM has a duty to our students and the taxpayers of New Mexico to operate the institution efficiently, effectively and with the utmost professionalism,” stated Doug Brown, president of the UNM Board of Regents. “We welcome Victor to his new role, where he will serve as a trusted advisor to both the President and the Regents. We look forward to working with him and the University community to responsibly and effectively steward the resources with which we've been entrusted."

Before UNM, Griego served as a senior auditor for REDW, Inc., an Albuquerque-based public accounting company, where he provided accounting, auditing and consulting services for clients.

A certified public accountant, Griego has a strong background in Internal Auditing Standards, Governmental and Non-Profit Accounting Standards, and Financial Statements and is a member of the City of Albuquerque’s Accountability and Governance Committee.

Griego earned his Master's degree in Management Information Systems in 2004 and his Bachelor's of Business Administration in Management and Finance in 2002, both from New Mexico Highlands University.