It’s safe to say that Jenna Hagengruber knows the value of education. Hagengruber, a senior with a double major in English and philosophy, and a minor in Honors, will soon graduate as part of the Class of 2016.

Hagengruber, an Albuquerque-native who attended Eldorado High School, came to The University of New Mexico on a Presidential Scholarship, and a notion of no student debt.

“I decided to come to UNM initially because of the Presidential Scholarship and the idea that I would not be in student debt, but now I realize how much more UNM has to offer and the full experience I have been able to receive here,” said Hagengruber.

A good portion of Hagengruber’s young life has revolved around education, a common discussion among family members during birthdays and holidays. Her mother is one of seven kids. Of those seven children and their spouses, six of them are educators in New Mexico. Her dad is one of three kids, and one of them is also a teacher in APS. Living in that environment, Hagengruber knows the value of a good education as her 3.75 GPA indicates.

“The entirety of my family is based in education,” said Hagengruber, who was recently honored with a Fulbright English Teaching Assistantship in Bosnia, where she’ll head later this year. “Education and teaching have always been a common discussion topic at Christmas, birthdays, and other holidays at my house and in my family.

“It has sparked that love and appreciation for education that my family has. Being so close to so many educators, I have grown to really value and appreciate what educating youth takes, especially in a state where we don't have much funding for public education, and there is much poverty and first generation students.”

Another trait of Hagengruber is her penchant for campus involvement and making everyone she comes in contact with feel important and heard. She feels that her campus involvement enriched her UNM experience at UNM. Hagengruber served as president of the Associated Students of UNM (ASUNM) this year and served in the student organization that makes campus life better for students in one capacity or another the past four years including senate clerk, senator and vice president.

"Investing in people is the most valuable thing that I believe exists; people matter. Students matter. That is what being a leader is about ~ giving to others.”  – ASUNM President Jenna Hagengruber

“One of my strengths has been to be vocal about the needs of students, and so it works hand in hand in student leadership to speak about student concerns and make them feel valuable,” she said. “Every student on this campus has something to offer. I have learned that if you spend time investing in people, not only are you able to take something away from it, but you leave them in a better place to work harder and appreciate one another more, as well as wanting to invest in others, not only will you leave the person in a better place, but they will be prepared and feel more confident to succeed in anything and everything they aim for!

“Investing in people is the most valuable thing that I believe exists; people matter. Students matter. That is what being a leader is about ~ giving to others.” 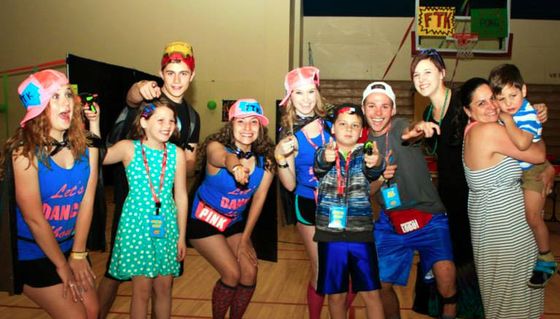 Jenna Hagengruber, fifth from left, was a co-founder of LoboTHON, a dance marathon benefiting the
Children's Miracle Network and UNM Children's Hospital.

Hagengruber also managed to find time throughout her academic career at UNM to be involved in a variety of other areas including Residence Life as an advisor, co-founder of LoboTHON, a dance marathon that raises money for the Children’s Miracle Network Hospitals around the nation and UNM Children’s Hospital locally, the Alpha Chi Omega sorority in various leadership roles, and the Mortar Board Senior Honor Society.

“I appreciate student involvement because it makes every student more invested in their time at UNM, as well as the university as a whole,” Hagengruber emphasized. “When talking about being heard, I mean, I am not sure that I necessarily was heard by all students, or that they listen to what I was trying to work towards as ASUNM President. But that is the wonderment of student leadership.”

While Hagengruber has spent four years trying to find a way to help students and work for them, it doesn't matter to her if she was “heard” or not. What matters are the changes that are taking place and whether they benefit students.

“Maybe in five years from now, no one will remember what Jenna Hagengruber did, or who she was, but I hope that the changes, and the advocacy, and the efforts that myself and the wonderful people that I have been surrounded with have worked for will speak for themselves,” she said. “Students need to get involved for themselves to have that experience, but also for others, to make the changes that students want to see!” 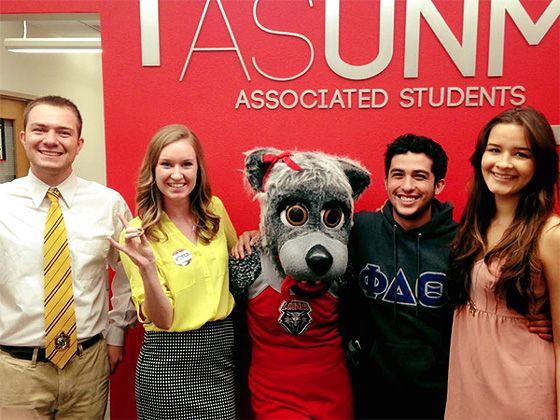 All that campus involvement and those experiences should serve her well as she plans to make a difference in the education field writing policy that’s representative of students and teachers.

“Education is in my blood,” said Hagengruber. “I think the appreciation of educators, and education in general, has really made me yearn to write policy that accurately represents and supports all students as well as teachers, administration and staff.”