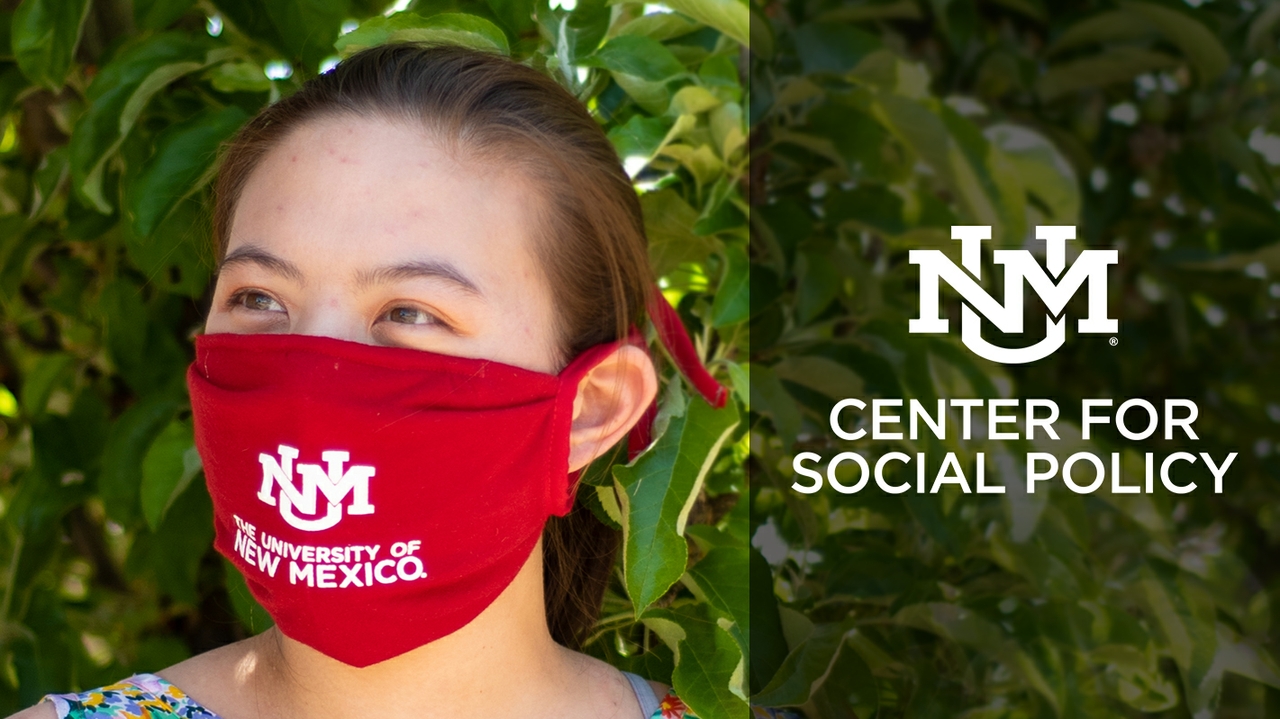 A new study launched at the early onset of the COVID-19 pandemic has unique data showcasing behavioral pattern changes in communities. The National Panel Study of COVID-19 began in March and focuses on how different ethnicities and political party affiliations have influenced behavior patterns during the pandemic.

Gabe Sanchez, professor of political science and director of UNM’s Center for Social Policy, is part of an interdisciplinary research team looking at how the pandemic is impacting behaviors of the US population as a results of the pandemic. The team also consists of principal investigators from ASU – Edward Vargas; UCLA – Matt Barreto and Tyler Reny; the University of North Carolina at Chapel Hill – Joaquin Rubalcaba (UNM Alumni). In addition it is involving a diverse group of graduate students from each of the institutions who are being trained in public facing research through this project.

“Because we were able to move quickly, we are one of the few teams have data from early on in the pandemic,” Sanchez explained. “We’ve been able to get information from thousands of respondents across the country to look at variation in behavior based on where people live, as states have responded in different ways and entered different phases of quarantine.”

The first wave of the study was conducted in early March, just before the pandemic was declared a national emergency in the U.S. The second wave gathered information during April, when many states were under stay-at-home orders. The next phase of the study is underway now, and will track how people respond to the relaxation of social distancing and quarantine rules.

The research is receiving national attention because of the correlation it makes between people’s political affiliation and their propensity to wear a mask. It found Republicans are less likely than Democrats to say they have been wearing a mask in public. 73 percent of self-identified Democrats report that they wear a mask, while only 59 percent of Republicans and 58 percent of independents say the same.

“We also found that rates of mask-wearing differed by race and ethnicity,” researchers said in an article published in the Washington Post. “Communities of color reported that they were more likely to have taken this step; 82 percent of Asian Americans, 71 percent of Latinos and 74 percent of African Americans said they had been wearing a mask or scarf, while only 66 percent of whites said the same.”

In addition, the research showcases how race and ethnicity influence people’s response to the virus. People were asked if they were worried that they would be mistaken as criminals while wearing a mask in public by police and security guards and the answers showed a clear distinction by race and ethnicity. 32 percent of Latinos and 30 percent of African Americans worried about being mistook as criminals while wearing a mask – that’s more than either whites or Asian Americans, at 19 percent for both groups. This finding speaks to the intersection of police reform and COVID-19 that people of color find themselves in right now and that the researchers from this team are documenting through their research.

The research also looks at shifts in travel plans and work behavior. Moving forward, the team will continue tracking behavioral shifts by race and ethnicity.

“We also plan on looking at how the indirect consequences of the coronavirus including job loss, loss of employment-based health insurance, and stress and anxiety due to these issues may lead to even more severe racial and ethnic health inequalities than before this health epidemic started,” Sanchez concluded.

Check out this blog post by the researchers to learn more.