Once you’ve been introduced to The University of New Mexico’s Professor of Photography Jim Stone, it’s easy to recognize him on campus with his long white beard. Walking by, he exudes such coolness you want to give him high-five or a chin-nod. Recently, this anything-but-typical professor was recognized for a different reason—his teaching.

At their 53rd annual conference, the Society for Photographic Education named Professor Stone their 2016 Honored Educator.

The 2000-member Society for Photographic Education (SPE) bestowed this honor on Stone to recognize his significant contribution to the field of photographic education through classroom teaching, writing, publishing, museum education and other areas of professional practice. 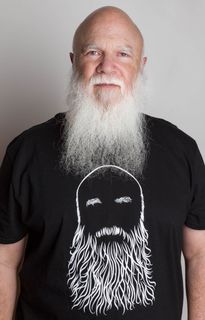 About three dozen former students of Professor Stone surprised him at the SPE awards ceremony. Seated in the center of the room, they wore the same t-shirt with his likeness and sported white yarn beards crocheted by a former graduate student.

“The Society for Photographic Education was founded in 1962 to foster the study and practice of photography as a fine art,” says Stone. “The University of New Mexico began a graduate program for the same reason at nearly the same time. Continuously since then, UNM’s photo program has been ranked among the best in the country. I am proud to be associated with it, and hope that the SPE Honored Educator award will illuminate by reflection the amazing colleagues and students I have had. I share it with them.”

Stone has taught for more than 45 years. He studied mechanical engineering and architecture while an undergraduate at MIT, but turned to photography while taking classes there from Minor White and Doc Edgerton. He received an MFA from the Rhode Island School of Design.

His photographs have been exhibited and published internationally and acquired for permanent collections of the Museum of Modern Art, Boston’s Museum of Fine Arts, the Smithsonian American Art Museum and the Los Angeles County Museum of Art, among many others.

He has written and co-authored six technical books on photography that are used as textbooks in hundreds of universities and colleges in the U.S. as well as internationally. 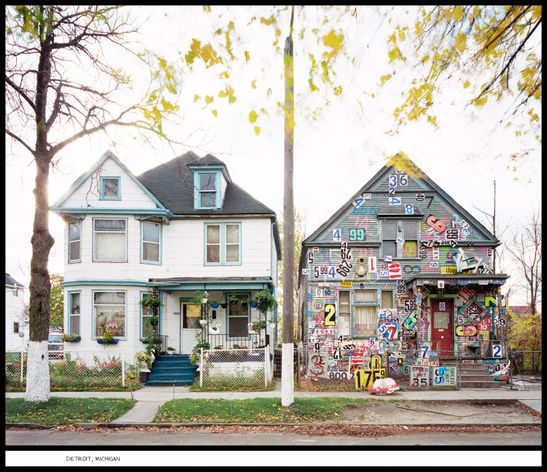 “My photographs appear as specific slices of public activity, but pose questions about our nature as social beings. I use a conversational, fact-gathering style out of a preference for metaphor, which requires a narrative anchor. The photographs are intended to be seen in sequences or groupings, for the same reason that well-structured sentences have more meaning and power when gathered into a novel or essay.” —Jim Stone

Stone has seen firsthand the struggle and then acceptance of photography into university art departments.

“Photography now occupies a place on the walls of museums, galleries and in the homes of serious art collectors,” he said. “It has become a subject of influential scholarship. There are thousands of other teachers who serve the insatiable desire of young people to learn about this medium that records our history and preserves our memories.”

Stone’s passion for photography is equal to his passion for teaching, “Watching the growth of students is its own reward—I am fortunate to have had that privilege and to receive recognition for it as well. I wish there were more public glory to celebrate the passion and devotion of all the other career teachers—in every discipline.”