Ted Jojola, Distinguished Professor, University of New Mexico School of Architecture and Planning, presents the 2012 Richard W. Etulatin Lecture, "Indigenous Realities: Planning for the Next Millennium," Thursday, Nov. 8, at 5:30 p.m. in the George Pearl Hall auditorium. George Pearl Hall is located on Central Ave., between Stanford and Cornell, on the UNM campus.

Resilience and adaptation are hallmarks of indigenous communities. Their connections to place have evolved and devolved over time in a way characteristic of Pitirim Sorokin's cyclical theory of change. Their identities have similarly transformed in a manner reminiscent of Carl Jung's theories of the collective unconsciousness and individuation. This all goes by way of saying that indigenous communities as "tribal people" are faced with reasserting themselves onto the next millennium, or what is collectively known as the 5th world.

Jojola shares his own insights about the upcoming epoch as based on a 7 Generations Planning and Design paradigm. He draws upon examples that indigenous people deploy in rethinking and remaking their communities.

Jojola, who is also a is a Regents Professor, is on faculty of the Community and Regional Planning Program. From 2008–2010, he was Visiting Distinguished Professor at Arizona State University for the School Geographic Sciences and Planning, during which time he was in residence for the spring semesters.

He is the former director of the UNM Native American Studies program (1980–1996). He is actively involved in major research projects on Indian education, tribal community development and contemporary indigenous architecture. He has published numerous articles and chapters on topics relating to indigenous planning, stereotyping and economic development. Jojola is the past-chair and cofounder of the Indigenous Planning Division, American Planning Association.

He currently directs the Indigenous Design and Planning Institute, School of Architecture and Planning. He is an enrolled member of the Pueblo of Isleta where he currently resides.

This event is free and open to the public; a reception follows the lecture.

For more information on the 2012 Richard W. Etulain Lecture, or other events sponsored by the Center for the Southwest, click to email or call 505-277-4344. 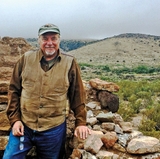 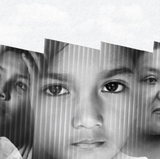