The University of New Mexico Latin American and Iberian Institute hosts its second fall 2014 LAII Lecture Series presentation by Manuel Montoya discussing “Enchantment Economies: The Role that Magic Realist Modes Play in Defining a Political Economy," on Wednesday, Nov. 5 at noon in the LAII conference room. This event is free and open to the public.

Montoya is an assistant professor in the Anderson School of Management, and faculty affiliate with the LAII. He presents the concept of "enchantment economies" in the context of contemporary political economy. Magic is often associated with being primitive, superstitious or uncivilized. As a result, global relations have often encountered the literary modes that employ magic and the fantastic as quaint and unsophisticated.

However, magic realism is an extremely sophisticated literary mode, and its applications have not yet been fully expressed, especially the way that it is able to contain and create new vocabularies for complex problems. The literary boom of the mid-20th century in Latin America, propelled largely by magic realism, now has a very special role in the 21st century.

How do we narrate the world around us when the world is changing so fast? How does magic realism help define a non-linear history? What is the effect of this mode of storytelling on very real global threats? Montoya will provide a brief summary on the mode of magic realism followed by an application of this problem on several current geo-political issues including the recent Ebola outbreak. 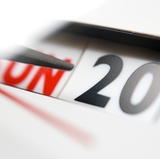 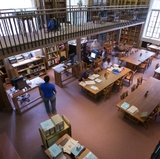