Martin Peter Ferdinand Jurkat was born July 23, 1935, in Berlin, Germany, and passed away June 27, 2022, at the age of 86. Fittingly, he passed on the birthday of his wife, Mayme Porter Jurkat, to whom he was devoted for over 60 years. 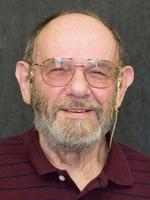 Jurkat was not particularly interested in being a great man. As a refuge in WWII, he had seen how much trouble great men caused. Peter did strive to be a productive and kind man. He worked hard his entire life, up to mere days before his passing. He served as a tenured professor at Stevens Institute of Technology, and, upon “retirement,” as a full-time instructor at the University of New Mexico Anderson School of Management. He taught and learned and built, always energetic, always curious, always reliable.

Jurkat saw the world change in remarkable, unfathomable ways. Rather than pining for the good old days or dreading the new ways, he embraced the changes, adapting to and indeed leading in the adoption of new tools and ideas. He developed countless courses over his lifetime in cutting edge subjects, for both himself and other instructors.

Jurkat touched many lives, supporting his students, colleagues, friends, and family to a fault. He viewed such giving as merely natural and self-evident, but those close to him will never forget his unflagging generosity. He was quick to find humor in daily interactions and expected nothing more than the occasional baked good in exchange for his invaluable presence, expertise and aid. Above all, he relentlessly built and tended his family, nurturing his children and grandchildren until his last days. Despite his physical absence, his memory inspires the future of his family and shapes their world daily.

He is survived by his children Martin Alexander Jurkat, Susanna Jurkat, and Maria Jackson, and his grandchildren Ash Peter Jurkat, and Toreh Alysandra Jackson. He is laid to rest at Memorial Gardens Cemetery in Santa Fe, N.M., alongside his late, beloved wife Mayme Porter Jurkat.