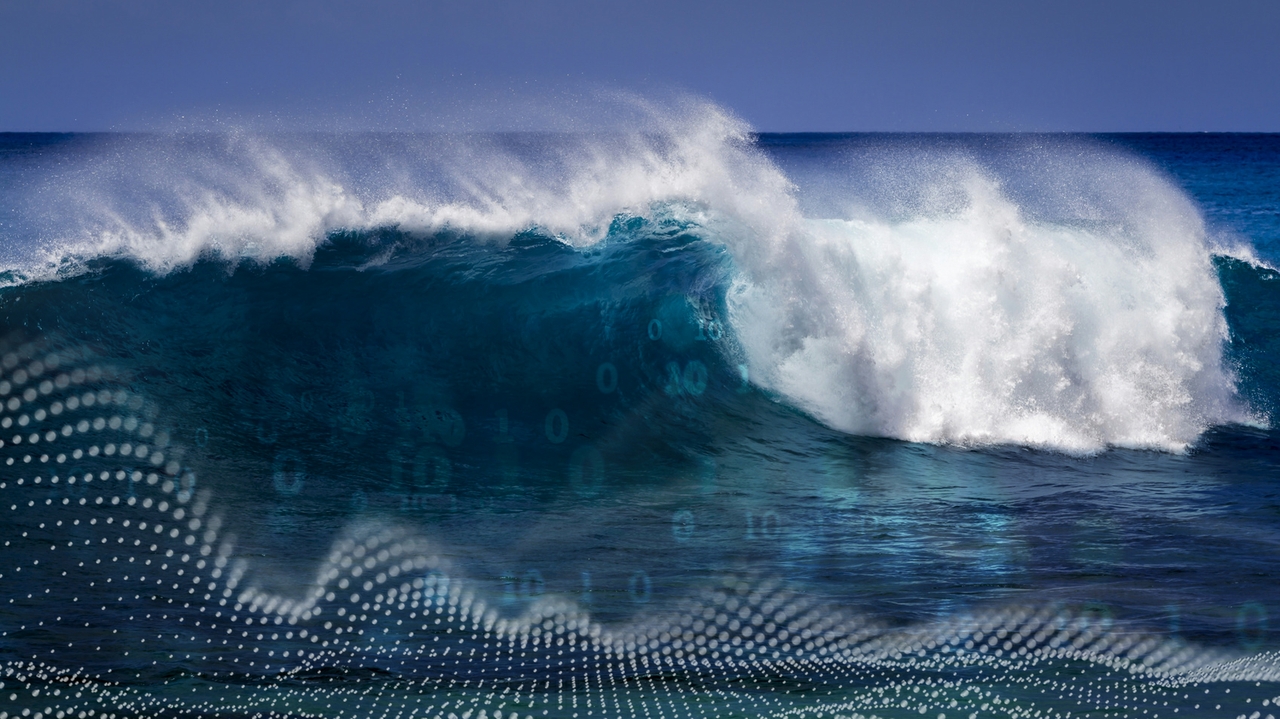 Making the simple complex: synchronization researchers dive into the ‘messy’

Most people see the ocean waves and vaguely wonder why some are big and some are small —or look into a roaring fire and are curious as to what makes the flames move as they do — with seemingly no rhyme or reason.

For most, these are passing curiosities to which little thought is given outside the moment. Just a mystery of life. But for those who study the issues of complexity and synchronization, they aren’t content with not

understanding the patterns. They want to understand seemingly strange behavior in the hopes of perhaps being able to predict it in the future.

Postdoctoral researchers Karen Blaha and Fabio Della Rossa are two such researchers, studying the field known as synchronization, working under Francesco Sorrentino, associate professor of Department of Mechanical Engineering at The University of New Mexico’s School of Engineering.

They are two authors of a paper recently published in Physical Review Letters called Cluster Synchronization in Multilayer Networks: A Fully Analog Experiment with LC Oscillators with Physically Dissimilar Coupling, which explored the synchronization — all together or in pairs — of electronic circuits that communicate by two methods — via wire or wirelessly.

Co-authors on the paper are Sorrentino, Mani Hossein-Zadeh and Ke Huang, from the Department of Electrical and Computer Engineering, and Louis Pecora from the U.S. Naval Research Laboratory.

Synchronization, they explain, is a simple yet complex idea that is found in many human systems, including biology, human behavior and all branches of science and engineering. It starts as one action, such as a lightning bug lighting up or a person clapping at a concert, and continues as systems become linked or synchronized, leading to a swarm of bugs lighting up or an entire crowd of thousands clapping.

Della Rossa explained that one very visual example of this idea can be found in the Millennium Bridge in London, which was found shortly after its construction to have “synchronous lateral excitation.” As people walked on the bridge, it had a natural sway motion, which caused people on the bridge to sway in step to counter the effect, which worsened the sway as more people participated. This effect was not anticipated by the engineers who designed the bridge.

Blaha and Della Rossa said although the effects synchronization are found in almost everything, from the systems in the human body to love (Della Rossa is the author of a book called Modeling Love Dynamics, which attempts to apply mathematical models to explain romantic attraction), it is generally not well-studied or anticipated by scientists or engineers, who often find the non-linear aspects of the field of study “messy.” That’s what they would like to change.

Using mathematical modeling, or what Blaha calls “playful mathematics,” they would like to eventually develop models that can help scientists account for synchronization in their research, leading hopefully to more precise results.

“Many researchers want to avoid complexity, but systems we very much want to understand like the brain exhibit great complexity, so it’s a challenge we need to embrace,” Blaha said.