Emeritus Associate Professor of English Frederick B. Warner, Jr. died Sunday, Jan. 4 in Palm Beach Gardens, Fla., from complications of cancer. He was 79.

Warner was born December 3, 1935 in Little Rock, Ark., to Fred and Esther Warner. He became the youngest Eagle Scout in Pulaski County at age 14 and graduated Phi Beta Kappa from the University of Arkansas, where he was also a member Sigma Alpha Epsilon fraternity.

Upon graduation, Warner enrolled in law school at the University of Colorado, graduating with honors in 1959. Amidst cold war tensions, he served as an attorney in the U.S Army and achieved the rank of 1st Lieutenant. While stationed in Fort Worth, Texas, he and his unit heroically defended the Officer’s Club for two years—consuming vast supplies that might otherwise have fallen into enemy hands.

Upon returning to civilian life, he earned a Ph. D. from the University of Illinois and later
taught English at the University of New Mexico. Courses taught ranged from Shakespeare to Orwell. Along with Professor Tom W. Mayer, Warner introduced a course in War Literature, a highly popular course.

Warner’s colleagues gathered recently for their first Thursday breakfast. Hugh Witemeyer, Paul Davis, David Johnson, David McPherson and Mary Power paused to think about their friend and colleague. Power said, “Make sure you include that he earned a law degree before he got his Ph.D.”

She reminisced, “He was a charming gentleman who wore white suede shoes,” she said. Power recollected that he was a voracious reader. “He could recall anecdotes about authors and used those stories when teaching literature. He truly was the master of the anecdote,” she said.

Warner also taught abroad at the American Institute of Foreign Studies in Paris, France, and Richmond College in London, UK.

He will be fondly remembered as an animal lover, loyal friend and loving father with a keen sense of adventure and great wit. His wide array of interests included travel, cinema, jazz and baseball—although he never forgave Bowie Kuhn for allowing the “egregious” designated hitter rule.

Warner leaves his wife Dianna, a daughter, Kathleen; son, Christopher; cat, Lord Byron; and dog, Mignon. He will be missed.

No services are planned in Albuquerque. Interested individuals can make donations in Warner's name to the Animal Humane Association. 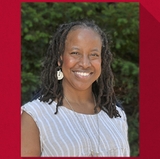 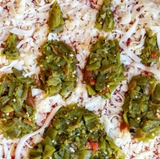