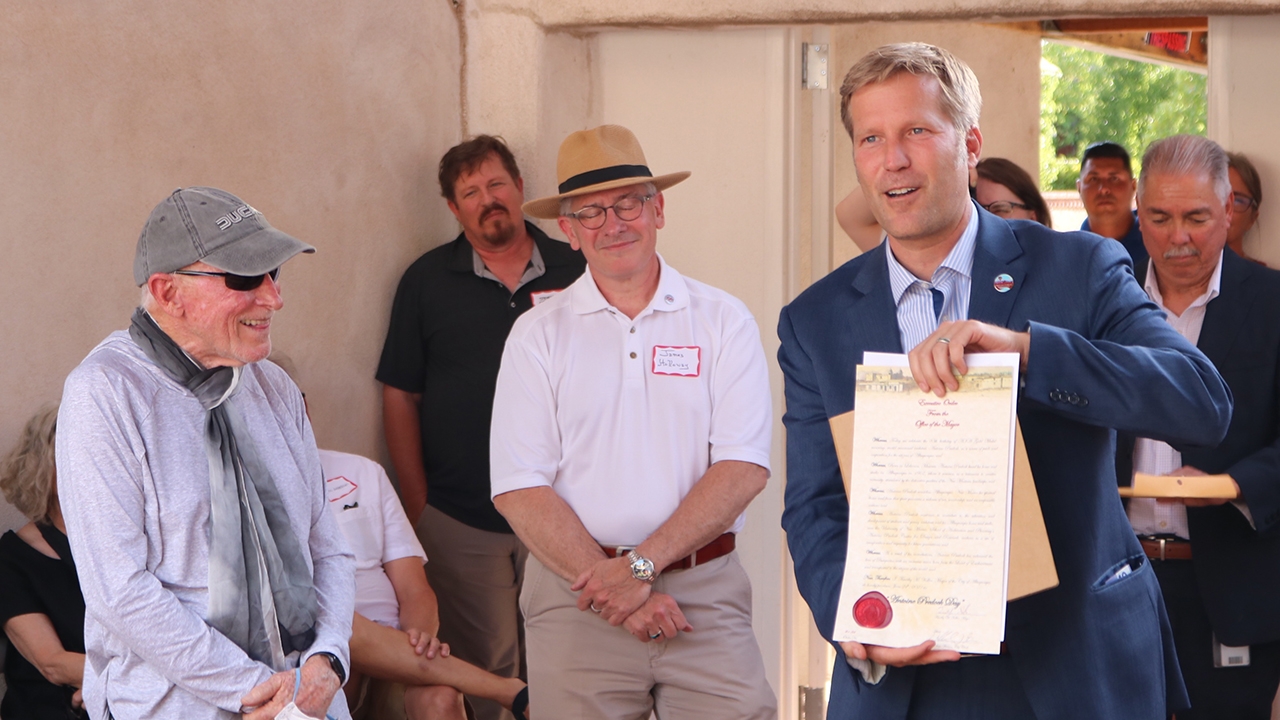 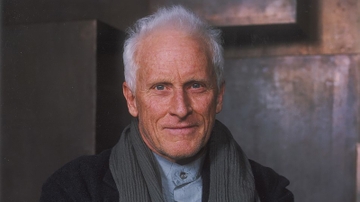 Predock’s legacy at UNM began more than 60 years ago, and he remains a prominent supporter of the School of Architecture and Planning (SA+P). In 2017, SA+P announced the creation of the Predock Center for Design and Research in Predock’s former residence and professional center downtown. The birthday celebration was held at the site, which also displays his body of work and archives. The center, still undergoing some renovations, will eventually also house a design studio, workshop and gallery spaces.

“UNM is a place of discovery and intellectual growth, created in part by professionals in the community like Antoine Predock who ensure our students have stimulating pathways to development,” said UNM Provost and Executive Vice President for Academic Affairs James Holloway, who attended the event. “Academia does not exist in a bubble, and it’s always exciting to be able to showcase these moments of overlap between the community and the campus – the City of Albuquerque and The University of New Mexico.”

“A force in the world of architecture, we’re fortunate to have Antoine involved at the School and helping create meaningful opportunities for our students,” said Robert Alexander González, dean of the UNM School of Architecture and Planning. “The Predock Center continues to be a space where students can collaborate and seek inspiration, as does George Pearl Hall, which he designed and remains a fixture of the campus.”

His projects on the UNM campus include the Cornell parking structure, the original UNM School of Law building and George Pearl Hall – which houses the SA+P. Predock also designed the Spencer Theater for the Performing Arts in Ruidoso, the first phase of the West Side’s La Luz homes and the Rio Grande Nature Center.

Originally from Lebanon, Missouri, Predock has previously said he considers Albuquerque his spiritual home. The mayor’s declaration noted how Predock continues to contribute to the education and development of students and young architects, supporting the imagination and ingenuity of future generations.

Click here to hear from Antoine Predock in his own words, through a video produced previously by the UNM Foundation.