The Andrew W. Mellon Foundation has awarded the University of New Mexico $420,000 to support the establishment of a Mellon Mays Undergraduate Fellowship program (MMUF) on campus. The initial term of the Mellon award is four and half years starting this spring thru the academic year.

As stated by the Mellon Foundation, the fundamental objective of MMUF is to increase the number of minority students, and others with a demonstrated commitment to eradicating racial disparities, who will pursue Ph.D.s in MMUF designated fields. The program aims to reduce the serious under-representation on the faculties of colleges and universities of individuals from certain minority groups, as well as to address the attendant educational consequences of these disparities.

“Mellon reached out to us when they’d learned that we have a new Honors College and a large number of high achieving Hispanic and Native American students,” said Kate Krause, dean of UNM Honors College, where the program will be housed.

Krause added that the program is designed to encourage Fellows to enter Ph.D. programs, and that it prepares students of great promise for professorial careers. It is not intended for students who intend to go to medical school, law school or other professional schools.

UNM Provost and Executive Vice President for Academic Affairs, Chaouki Abdallah said, “The Mellon Mays program combines several ideas: engaging young students in scholarly research, creating a small group who go through the experience together and providing faculty mentoring and financial support. We are grateful for the support from the Mellon Foundation and for their interest in UNM. We look forward to offering these opportunities to promising students, helping them to fulfill their own ambitions, and at the same time increasing the number and diversity of voices joining our social and intellectual communities.”

“The way it works is we recruit five star sophomores interested in MMUF’s designated fields,” Krause said. “They begin receiving funding the summer after their sophomore year. They get a stipend so they can spend the summer working on their research. The next year, we select five more sophomores, as the last group are now juniors. The next year, we recruit five new sophomores, as the former juniors are now seniors and the sophomores are now juniors, and so on. Once the program is fully established, we’ll have five sophomores coming in and five seniors graduating each year each year.”

Fellows are paired with faculty mentors who help them develop research projects and stay the course. Throughout the Fellows’ academic years, they are constantly learning about and being groomed for graduate school and academic careers. 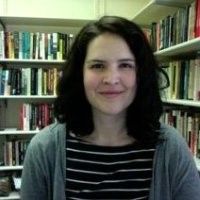 Lindsay Smith, UNM assistant professor of Anthropology was in the MMUF program.

Lindsay Smith, UNM assistant professor of Anthropology was in the MMUF program at Rice University. “The training, mentorship and research support it offered, allowed me to imagine the possibility of becoming a professor. It was truly transformative to participate in a faculty-led research and training program. I’m a faculty member today at a prestigious university like UNM thanks to the mentorship and support I got in the Mellon program. I’m sure it will be as transformative an experience for UNM students as it was for me,” Smith said.

UNM joins the ranks of 18 colleges and 22 other MMUF member universities including Harvard, Stanford and Yale, all determined to reflect the diversity in the real world. Additional institutions participate through a grant made to the United Negro College Fund (UNCF).

The program was named for Benjamin E. Mays, a distinguished African American educator, social activist, sociologist, minister and president of Morehouse College in Atlanta, Ga. from 1940 to 1967. He was also a mentor to civil rights leader Martin Luther King Jr.

For additional information about the fellowship, visit MMUF program or email kkrause@unm.edu.