From the phones, tablets or computers we rely on daily to various medical technologies that improve our health, whether we know it or not, we depend upon technologies made possible by light.

That’s why the University of New Mexico and its Center for High Technology Materials will be the host of the state’s celebration of the International Year of Light on Sept. 25 as a chance to highlight current and future advancements in the field.

Events will be held at the University of New Mexico Student Union Building Ballrooms A, B and C. The day will kick off at 7:15 a.m. with a complimentary breakfast, with sessions beginning at 8 a.m. A complimentary lunch will also be served.

Registration for the free event is open here.

Light and photonics are also responsible for the creation of the Internet, weather and climate monitoring, the fabrication of computer chips, advances in medical technology and dentistry, airport screening technology, solar cells, and barcodes found on products for purchase, among many other technologies.

Majeed M. Hayat, professor of electrical and computer engineering and associate director of the Center for High Technology Materials, said the event is geared toward everyone from a general audience to students, entrepreneurs, political leaders, and those in the photonics industry around the state.

“Optics and photonics have had a huge impact on our lives everyday,” he said. “It’s good for the public to understand why it’s important and the impact the industry has had on the state and the role the state has played in the development of the industry.”

According to statistics provided by New Mexico Optics, the photonics industry employs more than 6,000 entrepreneurs, manufacturers, technicians, and finance, marketing and salespeople across the state. Ninety-six companies produce $28 billion in revenue in the state, and 33 percent of the patents granted in the state since 2009 are photonics related.

The University of New Mexico’s Center for High Technology Materials and the optical science and engineering program, both located in the School of Engineering, will be organizing most of the events, including a talk by keynote speaker Roy Glauber, Nobel laureate in physics in 2005 and the Mallinckrodt Professor of Physics Emeritus at Harvard University.

Other expected speakers include University of New Mexico Provost Chaouki T. Abdallah; Albuquerque Mayor Richard Berry; Alan E. Willner, the Steven and Kathryn Sample Chair in Engineering at the University of Southern California and the president of the Optical Society of America; photonics industry leader Stuart Schoenmann; and Steven Brueck, Distinguished Professor Emeritus in the UNM Department of Electrical and Computer Engineering, who will be honored for his contributions to the field.

There will also be a tribute to the late Art Guenther for his significant contributions to research and industry in the field of optics, especially in New Mexico.

The International Year of Light is a global initiative adopted by the United Nations to raise awareness of how optical technologies promote sustainable development and provide solutions to worldwide challenges in energy, education, agriculture, communications and health. 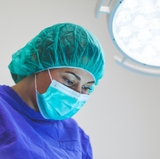